Activation: When someone or something activates old issues 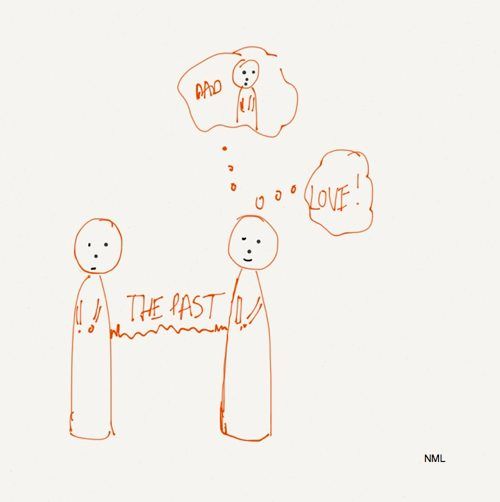 Over the past few months, I’ve found myself increasingly referring to a situation or person as having ‘activated’ certain issues. It’s that meeting someone or experiencing something that makes an up until that point unknown issue, or a dormant or lingering issue, active. I’ve come across so many people who had certain values, thoughts and behaviour and then met someone and they all promptly went out the window. For a time, it’s as if they were under the influence of overwhelming ‘chemistry’, feelings and thoughts that dictated their every move.

Life keeps serving us up the same lessons in various sizes until we heed them. They might start out as hints and bitesize lessons and the less we listen and learn, the bigger the lesson gets each time.

When I see how personal experiences can force us to address what we may have believed to be ‘old’ or unrelated issues, it becomes clear that some of what we go through as adults is about helping us to unlearn unproductive thinking and behaviour while adopting healthier habits, as well as putting to rest issues that are informing our identity and having far too much influence when they really don’t need to.

Adulthood is definitely another phase of growing up that helps us to transcend who we thought we were based on what may be a childhood perspective, so that we can grow into being our true selves. We have to find our feet and work out our values and live them, not parrot the past and other people’s agendas.

The 18-month affair that pretty much broke me, activated and brought to the fore issues that I was either unaware of or too scared to face.

Affairs in particular are like exorcisms – they will bring out every ugly thought and feeling you’ve ever had. It brought out my internal torment that had been bubbling away under a veneer of pseudo happiness and a series of losses and hurts combined with circumstances at the time and where my head was at, all made for the perfect storm. It took me a while to recognise that it was just like being a little girl – waiting, hoping, willing, excited, left, disappointed, self-blame and lather, rinse, repeat.

Relationships are in their own way, stepping stones to one another. 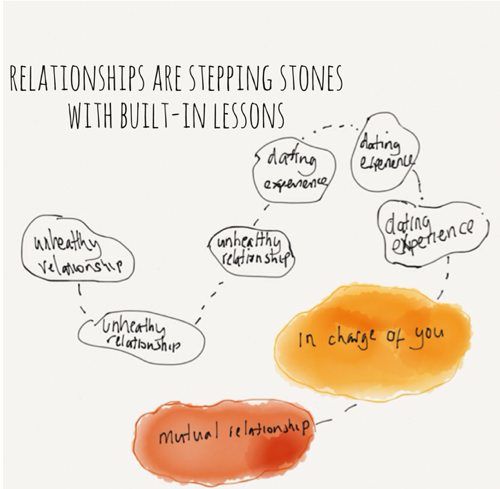 What we take away from each one influences where we’re going to step to next. Different relationships activated different issues while at the same time, teaching me some lessons along the way. Unfortunately due to much of my lesson summary being, ‘I’m not good enough’ instead of, ‘Natalie – you’ve been going out with your feckin parents again! What the chuff is that all about?’, I had to step from unhealthy relationship to unhealthy relationship to finally ‘get it’. In the end, I’d activated so much stuff that I emotionally and physically shut down and hit rock bottom.

When you experience activation, ‘old issues’ become present. They might have been unknown but they become exposed. You get ‘triggered’ and the wheels are set in motion for big things to go down.

You might be on a laser-focused mission to right the wrongs of the past because it activates this need to be needed or this need to relive the past and have a go at your own episode of Quantum Leap.

It can spark this overwhelming urge to ‘love’, ‘give’ and seek validation, likely because this person is seen as being the one to fill you up. They have something you want.

It can reopen an old wound and can effectively unplug unaddressed grief that wasn’t faced first time round.

Activation also has a habit of triggering uncharacteristic behaviour that you’ll later come to wonder if you were on drugs or something. You may feel like you’re under a person’s spell, especially if you slot into a child role where they’re given all of the power.

Feelings, thoughts and familiarity that you may not even recognise for what it is, can feel overwhelming. This sense of a ‘powerful connection’ or ‘chemistry’ is often used to explain what is happening but what can become apparent is that the connection, especially when it’s based on an old issue, is actually toxic or that a lot of the connection is about what’s going on within you. They’re almost a prop… or a catalyst.

The ‘connection’ is really the energy stemming from the activation. However long an event lasts for or that you’re involved with a person, they can be catalysts for growth, change and healing. Life has a trial and error quality to it that’s a pain in the arse at times but when you stop making what happens about ‘worth’, you get further away from repeating the things that have previously dragged you down.

Familiarity, especially if it’s linked to something or someone unhealthy, is a code red alert. It’s a sign that you’re trying to put the past on repeat and likely trying to ‘fix’ stuff that’s outside of your job spec. It’s also a sign that there’s something that you need to do a little (or a lot) of growing up on, especially if what you’re doing is inadvertently causing you to revert to being a child in some respects.

When you experience ‘activation’, you may feel angry either on realisation that an old issue is rearing its head or after the fallout. It would be nice if we could leave the past behind without any reminders but that’s not real life. To rekindle embers, there has to be something there to burn in the first place. We have to be careful what we carry around with us – this toxic stuff is better out than in.

I remember my osteopath telling me that there’s only so much stuff we can jam inside our mental cupboards. If old issues are activated by something in your present, it’s a valuable opportunity to clear out, tidy and refold everything in a way that gives you some breathing space, even if you need some outside help with the unpacking and reorganising. Ultimately if you’re aware of your vulnerabilities, rather than ignoring them, facing them will actually give you strength plus you won’t allow your life to be directed by unhealthy thoughts, feelings and habits.

In the end, experiencing this activation can activate an enduring need and habit to love and take care of you. Through pain can come some blessings in disguise.

"If It Were Me, I'd…." When You're Perplexed By People Not Acting As You Would
Unhooking Yourself From the Picture of Your Relationship
Reflections: You don't know me... but I don't know me either