Advice: Do men like it when women make the first move? And how much interest should I show? 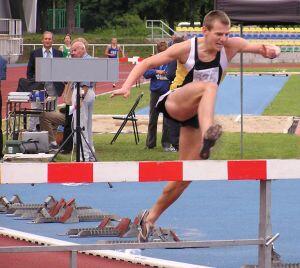 Canada asks: Why is it that some men really like it when a girl shows interest in him, and others although flattered by it, seem to hold it against her?

Let me explain: I had a friend who asked a guy out by getting his number and sending him a text message inviting him for coffee. The guy was a bit shy to ask her out himself. He felt flattered and went out with her. They are in a great, respectful relationship.

I, on the other hand, don’t usually chase after a guy or go up to a guy first, but one day I had seen this new guy I had wanted to meet and stood with some of his friends (who I also know) chatting. He wasn’t there at the time; but when he came back to where his friends where, he stood next to me and after about five minutes, introduced himself to me, and we had a really great conversation.

He left unexpectedly (unbeknownst to me at the time, a girl he had been seeing saw us talking and got upset) and told his friend to say goodbye to me. I happened to see him two weeks later, out one night, when he walked by and I called out his name, and he ended spending the night with me and my friend.

Anyway, to cut a long story short, he asked for my number and phoned me to go out to dinner. It wasn’t until the 3rd date, that he said to me that I had â€œstrategically placedâ€ myself’ next to him that first night (I felt like saying, ‘you were the one who asked me out!’) and I replied, ‘well you’re the one who spoke to me first, you didn’t have to’. And he replied that he didn’t want to be rude. Needless to say, that once I stopped seeing him, he’s had no difficulty being rude to me (avoiding me; and walking past me without saying hello).

He obviously liked the attention I had given him – and my interest was a great ego boost for him but I just feel like I was punished for showing that I wanted to meet him and have a chat.

So my question is, some guys don’t feel confident enough asking you out unless you show that you are interested so as to avoid rejection. But how much interest should you show? Did I just come across an arrogant type?’ I’ve always believed that if a guy really thinks you’re worth it, he’ll make the first move.

NML says: In an ideal world, it really shouldn’t matter who asks who out, after all, it’s the 21st century and women are supposed to be empowered enough to make a move. But unfortunately, for some men out there, it’s still like being on planet of the apes…

It is literally like a national lottery when it comes to how men will react to being asked out, especially when you really don’t know them. Ego, much like a lot of the things that bug us about men, is at the heart of why asking a man out will give you a big black mark. We’re supposed to be in an era of new men but actually, there are a lot of wolves in sheep’s clothing wondering around out there and when you ask them out, appear too keen (ie interested…), they feel like you’re removing their nuts and that something must be wrong with you if you won’t wait for a guy to do the work.

If you are around a man who feels threatened by this behaviour or just doesn’t like it, then no matter what you do, you are doomed. But like a lot of things about dating, it’s about taking a chance. He could do the chasing and the asking and it could all still work out badly by the third date.

In this particular situation, the biggest clue to why he has behaved in this manner is that it’s very possible that he is emotionally unavailable. He was dating someone when you first spoke and it looks like there was some drama because they’re no longer dating. Either that or he was dating both of you…

Reading between the lines of this story, it’s actually difficult to gauge how interested he really was. Admittedly, you did do most of the running and him introducing himself, the subsequent conversation, and him saying goodbye via his friend, they could actually be something of nothing. When you saw him again, you were the one to effectively make the move and at some point, he wrote you off as ‘That girl that’s chasing me who gives me an ego boost but that I don’t really want’.

Once he asked you out on a date though, this is where his behaviour slipped into pathetic. What’s he going to claim next? “Oooh, the boogey man made me do it. Wah, wah, wah…” This guy needs to grow up because unless you left out an important part of this tale of woe, nobody held a gun to his head and forced him to go out with you. You’re not a charity.

That said, what you have found yourself with is a guy who was just passing time. He needs attention from women and you gave it to him in spades. Due to the general traits of a Mr Unavailable or EUM, they like to do the chasing (they blow cold once they ‘get’ you though) and if you take out the fundamental part of their behaviour which allows them to control the relationship, they go limp. Period. So where does that leave you?

Understand your target. Yes your friend is loved up with a guy that she asked out but in her case, she had already evaluated that he was very shy. This doesn’t mean that because she’s done it that you run out and do it with every guy.

Showing interest and making a move doesn’t mean that you should show all the interest and do all the moving. You’re not keeping score but you need to recognise when someone is reciprocating your interest. What would have happened if you hadn’t called out to him that night? What would have happened if you had called out to him, said hello, and went your separate ways? If a guy is interested, he will find a way to get in touch with you and in this case, he actually moves in your circle.

Start trying to understand when a guy is interested. Yes there are shy ones out there that you might need to do a little extra work with, but generally, a guy will show you when he’s interested even if he’s shy. Some of it will subtle and some of it will be obvious. Talking to a guy for a few minutes can sometimes just be a conversation. I don’t think that the conversation you had was an indicator of his interest and I think you projected your interest onto him.

Remember that how we see things and how they see things can be very different. I used to make wisecracks and take the p*ss out of some of my dates and it is only with the wonders of hindsight that I recognise that what I thought was wit, humour, and charm could be perceived as rude, arrogant, and sarcastic. I don’t necessarily think he saw your behaviour as arrogant but reading between the lines, I do think he realised that you were going to show him interest regardless, and this may have made him wary. It sounds a bit full on.

Slow your roll. Step back a little to gain some objectivity. You let your interest in him overtake everything and he probably displayed some obvious signs that he might not be becoming your boyfriend. I think that because you were so caught up in the whole thing of asking him out, you let this cloud everything. Whilst I recognise that most women still don’t ask men out, it doesn’t mean that because you did the chasing that he should be interested. We aren’t always interested when they ask and we take it as our right!

Be careful how you come across. We don’t always like it when a guy is full on, pursuing us, and putting two and two together and getting five.

There is that very common belief that if a guy thinks you’re worth it, he’ll ask you out. Yes, that’s kind of true but it takes a lot more than being asked out for a guy to treat you as a woman of value and it certainly takes more than lust or first glances for someone to determine that you’re worth it. On that basis, the whole issue of who asks who out is all rather redundant, but it will remain nonetheless because some men are still wired like it’s 1959.

On the flipside, if you did the asking but you hold firm to this belief, then you are always going to be fighting to feel that you’re ‘worth it’.

At the end of the day, both men and women need to learn how to gauge situations correctly when asking people out or doing the chasing. Otherwise, we’ll end up chasing people that don’t actually want to be caught.

How To Cope When Your Boyfriend is 'Separated'
Guest Post: On Dating
The Window of Opportunity in Dating - There's Only a Certain Amount of Time To Act Upon Interest