Advice: Help me understand how my emotionally unavailable man has been treating me 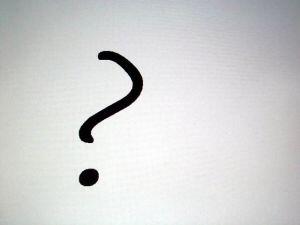 On Thursday, Astelle wanted to know why her emotionally unavailable man (Mr Unavailable) kept returning her contact when he wasn’t interested. In a follow up to the advice I gave her, Astelle has some more questions

He doesn’t want any woman. Emotionally unavailable men are caught up in themselves and trust me, even if it was Angelina Jolie, until he resolves his issues and decides to be available, he is not going to want to give himself. He likes the idea of being with you and likes you per se, but doesn’t actually like you enough to change. He is incapable of accessing his emotions and he purposefully keeps himself at a distance from everything that has the potential to tax him emotionally.

2. When he did see me for a few weeks at a time and then disappears, was this just a “fix” that he needs once in a while?

Pretty much yes. It’s an ego massage. Emotionally unavailable men are very of the moment and enjoy the short term fringe benefits but don’t actually want to contribute. When he had a spare moment or was going through an insecure phase, you were ideal. But then he’d realise he hadn’t changed or realise he’d got what he needed.

3. The first time we dated for a few months we spent a lot of time together, was this pretend or did he just happen to have time?

Emotionally unavailable men are all about the chase so it is not unusual to see a lot of them during the first few weeks or months. But at some point he either realised that it was all a bit too much for him, decided that he had too little time and too much pressures, or something about you sent a signal to him that you expected too much from him. The moment Mr Unavailable feels scared he’ll get to running.

4. The last time I saw him he was almost nasty to me, did he do that so that i will leave him alone and not contact him anymore?

Sometimes with Mr Unavailable, they are telepathically trying to tell you ‘Can’t you see that I ain’t sh*t! Can’t you see I’m not worth it! Can’t you see I’m using you! Take the hint woman! OK, you want to keep being there for me and being nice to me? I’m gonna be so mean to you tonight, you won’t want to see me again and if you do, you just prove to me that you’re not worthy anyway…’ Do you see where I’m headed with this? You can’t win. Let’s say that you hadn’t chased him, he would have been curious about you and chased you to see if it was an act and whether he could reel you in. Everything we do just confirms various beliefs that they have and no matter what, they always get to be right. Until you cut the contact with them permanently, that is the only time when they truly realise that you’re not interested.

5. I found his profile in 2006 on one of the free dating websites, why would he do that, is he jusrt looking for another woman to use? But then how does he “date” women if he doesn’t make contact? Is he waiting for the woman to make contact with him? Is he even dating?

Most emotionally unavailable men that like being online will have a dating profile somewhere. It’s just for attention. It’s not about meeting women. Don’t make the mistake of thinking that it is all about physically being with or seeing a woman. This is about attention and what women commonly refer to as creating a Narcissistic Harem collecting female ‘friends’, ‘acquaintances’, and ‘dates’ that he can always turn to for attention and an ego boost. Whatever he is doing, the dating online and his behaviour with you only further cements the fact that he is emotionally unavailable.

6. Since I am his Fallback girl, he has the “balls” to contact me when he gets DESPERATE? If so, why me? Why not find somebody new? Somebody that doesn’t know yet how screwed up he is.

He chooses you because you have put yourself at his service. You are the one who has cemented your role, not him. Yes his behaviour is shoddy but you chased and chased, even in the face of..nothing…or very little. If you really saw him for what he is, you wouldn’t be chasing him, hence the door is wide open for him to test the waters and come back into your life. He sees you as someone who must have her own issues if you are willing to put with his BS and not see him for what he is.

The key with ‘no contact’ is to maintain it and to move on with your life. He’ll know you’re done playing when more time than ever before has passed by without contact and/or when he attempts to make contact with you and you ignore it. The key to this is no contact means no contact whether you initiate it or he does. Wash your hands of him, delete his number, forget him, and move on.

This guy has some nice qualities but it’s about who he is overall. I’m sure there are murderers out there who can be polite, charming, kind (when it suits) but it doesn’t mean that they are appropriate relationship material. You have to think of him as he is and how he has treated you for the bulk of the time. Forget how he was in the beginning because the beginning was four years ago! Actions speak waaaaay louder than words and this mans actions show that he is emotionally unavailable, incapable of a relationship, and on planet HIM. You are emotionally unavailable too with issues about commitment and you need to deal with these if you really want to move forward.

Advice Wednesday #8: Is He Really Not Over The Way He Broke Up With His Ex or Is It Just An Excuse?
Dog In a Manger - When they don't want you but don't want anyone else to want you either
Ep. 66: Why Did We Break Up?--Where's My Boyfriend?