After The Breakup: Hold Tight To Your Self-Respect and Stop Trying To Be Friends With The Ex That Mistreated You! 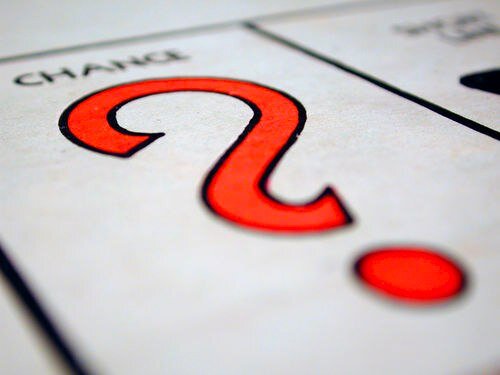 One of the issues that gets frequently discussed and debated in dating and relationships is the whole issue of trying to remain friends with your ex. I’ve written about it so many times over the years and yet I continue to be baffled as to why particularly with women, we seem to have a hardcore desire to throw ourselves at the front line of pain. As I read through the comments on Facebook over the weekend, I felt compelled to revisit the subject and I want to remind you of why it is a grave mistake to remain friends with an ex that has mistreated you.

The reason why we want to remain friends with our exes, even when they have treated us ‘less than’ with an absence of love, care, trust, and respect, is because we want to feel valid. We often spend so long feeling invalid, friendship is like the last chance saloon.

We’ve expended emotions and energy on the other person and are heavily invested and bad enough to feel rejected because they cannot (or refuse to) be and do as we would like them to, but we then convince ourselves that if we do not continue to be a part of their lives after they break up, we’ll feel even more rejected and invalid because we’re not even good enough to be kept around on the periphery zone as a friend.

It’s not just feeling valid though that will have you itching to offer or take the hand of friendship. It’s hoping that they’ll miss you enough to come crawling back on their hands and knees and beg to be taken back. It’s wanting to be there on some terms rather than no terms. It’s trying to be The Good Girl (or The Good Guy) because you don’t want to seem like you’re being immature. It’s a willingness to accept a downgrade because you think you can shag your way back up to being the girlfriend. It’s wanting to keep tabs on them and to have a hand in their lives.

More importantly, remaining friends with your ex, aside from being some sort of validation of your worthiness, the act in itself makes the process of letting go somewhat less painful. Call it putting off the inevitable.

When you choose to remain friends with someone who didn’t treat you well, you actually validate whatever negative ideas that they have about you plus it’s like giving them a Get Out of Assclown Jail Free Card.
You see in life, there are universal societal norms that exist whether you live in a big city, tiny town, little village or a mud hut in the middle of a jungle and it’s this:

When we break up with someone, if we really have treated them badly, they will not want to be our friend. If they do offer or accept the hand of friendship, then it means I’m Not That Bad, after all, I’m good enough to be considered a friend.

In the hands of someone who has at best taken advantage of you and at its worst, abused you, you are screaming with your actions ‘I DON’T RESPECT MYSELF ENOUGH‘.

Whatever deluded ideas they have about their reasons for not treating you decently in the relationship, you just legitimised them. They just got off scot-free and should you ever find yourself in the position of telling them all about themselves, some will have no shame in reminding you that you either offered or accepted the hand of friendship.

Life requires consequences and it is the only way that we learn from our actions and get to connect the dots with what results. If more assclowns experienced consequences, they’d feel enough of a negative impact to start addressing their issues.

If the consequence that you create for someone after they have used you up in a relationship, is to not only offer or take the hand of friendship, but to continue to be there for a shag, an ego stroke, or a shoulder to lean on, hanging around, waiting for scraps of attention and behaving like a dutiful friend, the only ‘consequence’ that they are learning is that they can continue to reap the fringe benefits of your misguided affections. There are certainly no negative consequences.

Let me say as I’ve said many times before: If someone didn’t treat you with love, care, trust, and respect in the relationship, you can be damn sure that they will not make a friend of any reasonable level once you’re out. The same person that doesn’t give a damn about your feelings isn’t going to give a hoot when it’s over. They’re not thinking about you; they’re thinking about them.

It is not your job to fix/heal/help or teach them a lesson so that you get to be right and validated.

There is another universal relationship norm that many people believe in which is that you should attempt to be friends with your ex. What is forgotten is that you should only attempt to be friends with an ex that 1) treated you well and 2) when enough time has passed and you have both gotten over the loss of the relationship. Let me assure you, for those of you hankering for friendship with people who didn’t treat you well, this is not you and it would serve you well to remember how poorly you were treated instead of trying to magic up a friendship out of thin air.

Need guidance on cutting contact? Check out my ebooks the No Contact Rule and Mr Unavailable & The Fallback Girl and more in my bookshop.

On being the 'bigger' person: Why it's time to stop engaging - choose how you want to respond
When trust is absent from a relationship, there isn't a relationship
You Can't Meet 'Everyone's' Expectations. Really.