Are You Being Used As A Confidence Booster To Launch Your Ex Into Their Next Relationship? 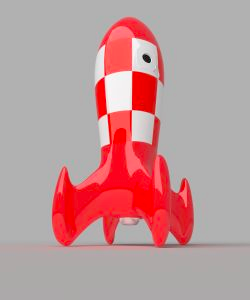 Often, when I read stories of exes coming back, proclaiming that they’re sorry and that they want to get back together/can’t live without you, only for them to end up causing you even more pain, often moving onto someone else quickly (or even having them in the background already), I get the distinct impression that aside from checking in with their ‘backup plan’, that you’re a confidence booster.

You see, when someone’s been told that they’ve been, done, or even are something, it can make them feel a tad unsure of themselves, especially when you’ve traditionally pumped them up, so that the both of you start to believe that they’re more special than they actually are.

Suddenly, you’re not taking their calls, ‘sorry’ isn’t good enough, the old formula doesn’t work, and you’re essentially no longer jumping to the beat they’ve predicted. Maybe you told them all about themselves, itemising everything that’s pissed you off. Or…maybe it’s a simple case of their conscience ticking.

Most people are uncomfortable with knowing that someone is hurting as a result of them…even if they actually have a hand in causing the pain by saying and doing things that busted your boundaries and had them treating you without love, care, trust, and respect.

Just like when commitment resisters get panicked and almost have a fever trying to exit the relationship or lessen the commitment by any means necessary, the ex who isn’t feeling too assured of themselves and even feels like there’s ‘evidence’ out there that contradicts a current image that they hold of themselves, or more importantly that they’re portraying, will have an overwhelming urge to ‘reconcile’ it with the image you hold of them.

It may even feel a bit ‘Sopranos’ style, when they feel like there’s evidence of their assholery out there so then it’s like buttering up the witness…

If you return their contact, profess your feelings, accept their apology even if you’re not ready to or don’t think they’re sincere, or even take them back, it’s a confidence boost – they feel safe in preserving the image they have of themselves.

It’s like you give them a launchpad into their next relationships where they may even feel safe to press the Reset Button and give themselves a fresh start elsewhere. Even though they’re going to be in trouble with you again, in their eyes, it’s only for a ‘recent misunderstanding’ as opposed to issues stretching back in your relationship because they perceive you as having ‘forgiven’ them, or you may even have taken more responsibility than necessary, or even absorbed the blame.

Of course this whole ‘confidence boosting’ via a ‘surrogate’ extends beyond ex’s returning.

If you’ve ever been the Other Woman/Man, you’re like an upper and a painkiller, letting them feel more confident about areas that are their ‘weak spots’ in their main relationship and helping them to avoid painful and uncomfortable feelings and issues in their life, which by self-soothing themselves on you, they feel more confident in general. I know my confidence would get a boost if I had you turning down the possibility of being with someone in an available relationship, for me and my crumbs.

I’ve come across so many people who after a breakup, embark on dating someone to not only avoid grieving the loss of the breakup, but also to boost their confidence. They’re passing time, often not that fussed about whoever they’re involved with, and the person they’re dating becomes like a ‘symbol’ that they’ve still ‘got it’, or even a mascot or comforter.

Let us also not forget those who ‘florence’ and ‘renovate’ people who they deem need fixing, healing, and helping, only to end up giving the person the impression that “Hmmm, maybe I can do better?” and next thing they’re preening like a peacock and confident in ‘braving’ it elsewhere.

Also, if you’ve got that friend or family member that seems to thrive when you’re down and almost revels in you having problems, you’re being used as a confidence booster there too.

Of course there’s a lesson in all of this: Don’t allow anyone to use you as a rainy day, backup option to fall back on, and certainly don’t allow yourself to be an emotional airbag come upper come painkiller to help people avoid themselves, their feelings, and their problems. Certainly don’t allow someone to drain you out so they can make themselves feel better – like stealing your frickin’ life source!

Stop pumping them up, especially when your own resources of love, care, trust, and respect are already seriously depleted.

These experiences are draining and demoralising, sapping you of the very energy you need to regain your confidence in yourself.

When someone is able to present themselves with their code amber and red problems, excuses, and even bullshit, or they’re able to swan in and out of your life while screwing you over repeatedly, it’s like giving them a certificate with a clean bill of relationship health that is in contradiction with reality.

The best confidence boost you can give yourself is to start treating you like a valuable entity day after day after day and distance yourself from anything and anyone who isn’t reflective of this. Instead of boosting their confidence, boost them out of your life so you can be free to focus your energy where it’s most deserving – on you.

How Having a "Tell" Can Give Someone The Impression That You'll Tolerate Their Behaviour Or Issues
Coping With and Moving On After a Breakup Commandment 10: Thou must close the door and move forward
Stop shaming you for having needs