Are you really lonely for a boyfriend? 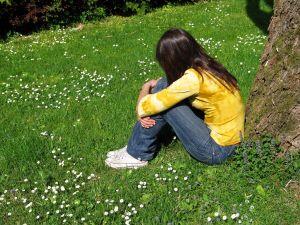 “Loneliness is an emotional state in which a person experiences a powerful feeling of emptiness and isolation. Loneliness is more than just the feeling of wanting company or wanting to do something with another person. Loneliness is a feeling of being cut off, disconnected and alienated from other people. The lonely person may find it difficult or even impossible to have any form of meaningful human contact. Lonely people often experience a subjective sense of inner emptiness or hollowness, with feelings of separation or isolation from the world.” Source Wikipedia

Recently I wrote about not looking for happiness with a man. I’m not suggesting that you shouldn’t have happiness with a them; it’s more that you shouldn’t see men as the sole source of joyous happiness. Being single shouldn’t be regarded as that miserable time that you pass in between relationships, as you’re likely to end up miserable with a man, which sort of defeats the purpose…. A recurrent theme in the comments though was accentuated with the question ” How do we deal with the loneliness?”

It’s not down to me to invalidate how someone feels, but it is down to you to check out the validity of your statements and beliefs because if you don’t, you not only cling to incorrect assumptions and beliefs, but you make poor decisions as a result of them. ‘Loneliness’ is a very big word and if you are fortunate enough to have people who love you in your life and whom you love, even if they’re not a boyfriend, it shouldn’t be taken for granted. There is nothing wrong with desiring a boyfriend/life partner or whatever you want to call him but being ‘lonely’ for one can give off a desperate vibe to men that isn’t attractive.

When you claim to feel ‘lonely’ for a man this could only have quite strong behaviours and attitudes attached to it. You’re hardly going to feel this way and approach things softly-softly. Instead you’re likely to assume that every guy could be ‘it’ which will put the rose tinted glasses on you and have you blinkered to who they really are. You’ll place all of your hopes, fears, expectations and then some on them. You’ll probably charge in like a bull in a china shop.

Feeling ‘lonely’ for a man makes them the centre of your universe. You’re operating from a negative place that is likely to draw in men that will actually exasperate the sense of loneliness…not cure it. Claiming to feel like this is like opening the door to every waif and stray that struggles with commitment and showing any emotion. Next thing you know, you have a ‘boyfriend’ but you don’t know when he’s going to call or when you’ll see him next. Or maybe you’ll cure it by taking up the understudy role of The Other Woman because getting a slice of time is better than not having someone’s time at all. Of course if any of this happens to you, the people who really love you like your family and friends will get neglected which will enhance that isolated feeling….

Self-esteem means acknowledging all of you, not just your supposed shortcomings
Surviving Christmas Whether You're Single or Attached
Knowing the line between putting you first and being "selfish"