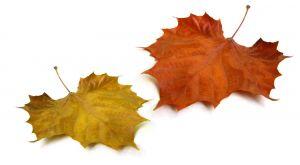 When it comes to dating and relationships, ‘attraction’ can be a word that automatically let’s us off the hook from engaging our brain in any rational thinking. ‘I’m so attracted to him; I just can’t fight it’, she says even though she really should fight ‘it’ because he’s treating her like a booty call even though she thinks he’s her boyfriend. ‘She’s just so damn attractive’ he says about the woman who refuses to even acknowledge his existence. What becomes clear is that ‘attraction’ means different things to different people but I find that four things can certainly affect attraction in the first instance:

Make an effort with your appearance

I would be lying if I claimed that the surface doesn’t come into ‘attraction’. The exterior is what most of us notice first but the reality is that unless you are the shallowest of the shallowest, you will take the whole package – looks, character, and personality – into account which can actually affect your perception of their ‘attractiveness’. At the end of the day there is no point looking like Angelina Jolie if you you’re a nasty person within.

Surface attraction i.e. looks, propels hooks ups, initial dating, dating online, and other short term exploits, but looks will only take you or your mate so far. I should add that this is the same for women that go out with a man purely because he has a big d*ck. After a while no matter how big it is or how great it works, if that is the only part of him that has any substance, the attraction will wain.

That said, if you want to be attractive to the opposite sex, it makes sense to make an effort with your appearance. You don’t need to be a clothes horse or a show pony but at the very least ensure you cover off the basics – hair groomed (no snowflakes), teeth brushed, breath sweet, not so much makeup or fake tan that you could be mistaken for an Ooompa Loompa or a clown, wear clothes that fit, and please don’t wear white socks with black shoes, white bra with black top, or socks and sandals.

But at the end of the day, attraction is actually in the eye of the beholder, so looks wise, as long as you’re not looking for the majority vote, really anything goes. I know a man with breath that can be smelt from about twenty paces..and he has a woman that loves the bones of him. It’s different strokes for different folks.

If you have a positive outlook and tend to approach dating and your relationships from a positive perspective, you are highly likely to draw in people that reflect the very positive things that you feel about yourself and life. It’s about vibrations and energy. Hence it makes sense that if you want to be attractive to people who want to live the same positive life you profess to want, it makes sense to radiate that positivity first. I’m not talking happy clappy – I’m talking optimistic, inspiring, etc.

Personal negativity tends to draw in people that reflect the negative things that we believe about ourselves, love, and relationships.

Who I attracted and my relationships changed when I felt secure. Now it wasn’t until I looked back at my chequered dating past that I recognised how hidden insecurities affected who I attracted and who I was attracted to. It’s ideal to find a way to be secure and grounded. Some people are very quick to attribute the word ‘needy’ even if it isn’t warranted, hence you are one step ahead if you can be secure even when you are single. If you date out of a fear of being alone you are likely to attract dubious mates that exacerbate your insecurity. People find secure people attractive because they realise that they are the icing on the cake in that person’s life as opposed to the cake, the main meal, the breakfast, the snacks, the everything.

It’s not attractive when you place the responsibility for your happiness on one person and derive it solely from them.

If you have to be a bit of a Jeckyll and Hyde in order to be around your mate, you are at odds with the real you and after a while it becomes blurred. People who really want a healthy relationship with prospects want to be with the real you. I know we all have a tendency to put on our Sunday-dating-best during the honeymoon period but the reality is that the ongoing attraction is created by getting to know the real you. Don’t be a fakey and if you start acting happier than you actually feel, not only will you become resentful but you actually dull the attraction with your pretense.

Ultimately there are a lot of things that affect attraction – who you’re attracted to and who you attract – and if you want to ensure that you’re on the right footing, make sure that you find yourself attractive. This means you’re personally happy (or working hard to be), you’re secure, cleaned up any outstanding issues that have the potential to affect your dating and relationship success, and know how to smell bad attraction from a mile off. If there is one thing that women know how to do, it’s to be attracted to the bad stuff – but that’s a whole other post!

This post is part of a roundtable series on attracton with a group of fellow bloggers. The blogs range from career development to dating advice to pickup. The original subject was, ‘what is your best advice for being more attractive?’ See the other great posts below, and watch this space as more get published in the next few days.

What women are looking for…hell men too! [Honey @ Honey and Lance]

Why don’t you date yourself? The power of a magnetic personality [Hot Alpha Female]

5 Ways to Be More Attractive, Stop Sucking, and Dominate At Life[Lance @ Honey and Lance]

What Women Really Want In A Man [Monica O’Brien]

9 Tips For Complimenting A Woman
10 Essential Breakup Boundaries
The Smell of Fear: Why I've Got To Be Optimistic About Meeting 'The One'