Blessings In Disguise: Be Thankful That They Didn’t Show Up and Other Things To Be Thankful For 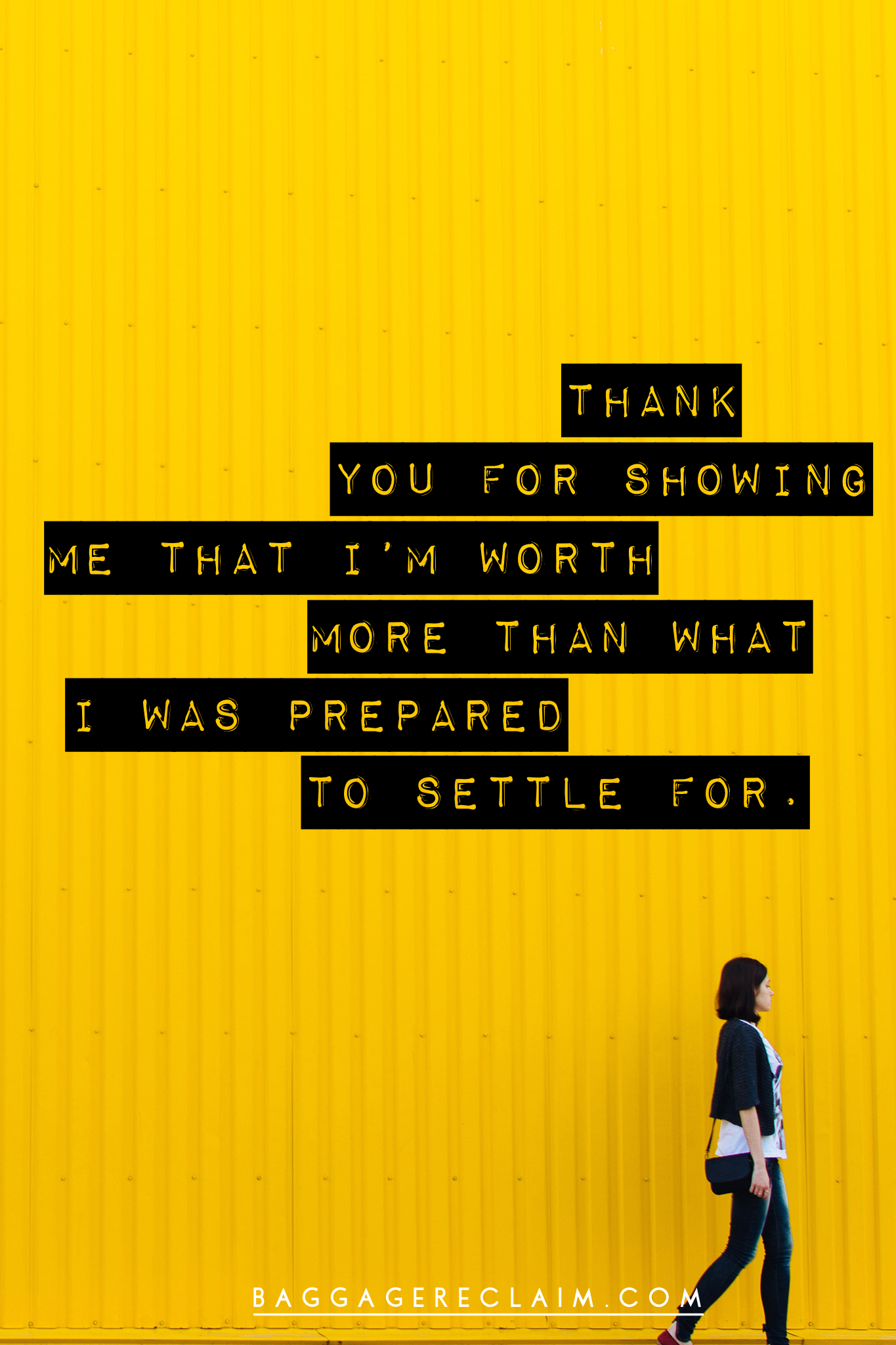 Our greatest pains often contain our greatest growth. Although it’s often difficult to see it at the time, those instances when people show us who they are, where they fail to live up to our expectations, are blessings in disguise. One day, when we’re in a very different place to where we might be right now, we’ll look back and be thankful. When things don’t go our way, it still hurts. But if we get into the habit of recognising an opportunity for gratitude, we won’t cling to people, things and situations that are not in our highest good. Here are some ‘unusual’ blessings in disguise to point you in the right direction:

Be thankful that they didn’t show up. They’re teaching you who they really are, and that’s not someone who deserves the time of day from you.

Be thankful they haven’t called you up since you started No Contact. You cut contact for a reason, and even if they did call, it’s unlikely to cancel out the pain you’ve experienced or meet your expectations.

Be thankful they haven’t left their spouse/partner. If your relationship is based on lies and they’ve kept you waiting around while they make up their mind about what they’re doing, they’re doing you a favour. You just don’t realise it yet.

Be thankful that you set boundaries. They’re giving you self-respect, and even though it may feel uncomfortable initially, especially when people who expect to get their way can’t and don’t, stick with it. These experiences are blessings in disguise. You will reap the rewards in the medium to long-term by being in situations and around people that reflect a healthier, happier, boundaried you.

Be thankful that you didn’t judge a book by its cover and that you decided to go on a second-plus date with someone who didn’t set off fireworks as soon as you met, like all your exes did. Used to keep falling for same person different package? These were blessings in disguise showing you where your ideas about what you need were off base.

Be thankful that you’re single. Don’t treat it like that pain in the bum time between relationships. Enjoy it. It’s a blessing in disguise that you get to discover and love you independently of a relationship. In future, you won’t settle for less than what you need.

Be thankful for the experiences, good, bad, or indifferent. Relationships are blessings in disguise that serve to teach us about ourselves. There’s a lot of lessons in there and you’ll find they won’t repeat themselves if you pay attention!

Be thankful that you said NO. Even though it took you out of your comfort zone to not be so agreeable, recognise that saying YES would have had you busting your own boundaries, going against your own values or doing something that you don’t want to do.

Be thankful that you’ve learned to say NO and set limits. It opens you up to saying more genuine, positive yeses. You are not a Yes Person. You’re Not a Doormat. It’s OK to say NO. All those instances where people have acted up when you said no are blessings in disguise giving you further proof of your need for healthy boundaries. Just think, they could be taking advantage of you still!

Be thankful for the bad times. These painful blessings in disguise teach you to appreciate and recognise the good times.

Be thankful that they’ve moved on. Yeah it hurts but it’s the kick up the bum that says it’s time to shift up a gear and move on with your own life.

Be thankful that they beat it after you said you wouldn’t sleep with them when you barely knew them or quite simply didn’t want to. Better they reveal their true motives now instead of Future Faking to get what they want and then beating it anyway. Those instances where dates blow out early on are blessings in disguise. Don’t hanker for something you never had.

Be thankful they didn’t want you when they realised they couldn’t take advantage of you or abuse you. It’s not because you’re not good enough for them to change; they’re who they are. When users and abusers move on, these are always blessings in disguise. They had the job of showing you that you must choose self-love always. Gratitude!

Be thankful that they embarrassed or humiliated you for the last time. It is the last time, isn’t it? These feelings are like GPS notifications letting you know that you’re way off course. They’re blessings in disguise.

Be thankful that they said they wanted to break up with you. Seriously. A lot of people don’t have the balls and decency to be honest and will stay with you while half-heartedly interested, enjoying the fringe benefits while looking out for the next person. It hurts, but you don’t want to be with someone who doesn’t value you and the relationship enough to want to put themselves in and work at it. Don’t sell yourself short by preferring to be in a relationship that’s struggling than none at all. Believe there is better for you.

Be thankful for the small, medium and large things in life.

Be thankful that there are people around you, whether they’re family, friends, colleagues, or a ‘special somebody’, that give a damn about you. Look up from your pain and remember them.

Be thankful for the internet. You’ve got to discover Baggage Reclaim, that you’re not alone, that it’s not a ‘unique’ situation and that you haven’t ‘done’ something to cause someone to be whoever they are.

What do you have to be thankful?

It’s important to consider this because if you feel as if you have nothing to be thankful, you have a starting point for recognising where you’re limiting your own happiness.

Whatever you are thankful for doesn’t invalidate any experiences that you’ve had or any unhappiness or frustration that you feel, but think of it as looking at things from a different perspective. If someone is the only source of your happiness, joy and gratitude, the trouble is that it’s too dependent on them. Being thankful for other things in your life gives it balance.

And if you’re struggling to find things to be thankful for, that’s OK, but make sure that you focus your efforts on doing and being various things that let you feel good about you and your life, one day, one step at a time.

Revisisted: Blessings In Disguise - Be Thankful That They Didn't Show Up and Other Things To Be Than...
Are negative associations undermining your post-breakup and No Contact efforts?
Guest Post: Me Time
Share this...