Being Afraid To Feel Angry In Relationships or Post Breakup 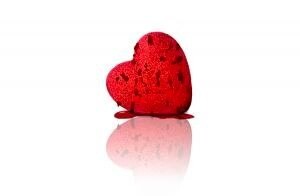 A couple of days ago, I shared my thoughts about epiphany relationships and moments– relationships and events within or out of them, that have a lasting impact and end up shining a light on ourselves and our actions and eventually bringing about positive, lasting change. Sometimes when we experience these epiphanies, they’re triggered by anger, an emotion that I’ve found that many readers don’t know how to deal with, not because it’s uncontrollable and they don’t know what they might ‘do’, but because they almost don’t know how to be angry, and tend to feel guilty after they’ve been angry.

For instance, I consistently hear from readers about how they are struggling with the anger they feel after they’ve broken up with someone or have started No Contact. It may be towards themselves because they feel they coulda, woulda, shoulda done things differently, or it may be that even after a few months, just thinking about or seeing their ex triggers a very angry feeling. They then feel guilty that they’re angry or still angry and wonder about how to deal with the anger or control it. Often the anger is driven by recognition of poor judgement and a disbelief that they could ignore glaring red flags.

Here is the thing: Anger is actually a normal emotion and when you have been wronged or have done stuff that has not been in your own best interests, it is OK to be angry.

I want to clarify – I’m not saying it’s OK to be angry and bust his windows (check out the song by Jasmine Sullivan which is also on the Glee soundtrack), cut up his clothes, or whatever vengeful act you can do to quell the anger – that’s not cool or clever and is against the law, plus it is likely to only give you short term relief. However, it is OK to be angry – you are a human, you’re a valuable entity, and you’re entitled to feel a range of emotions – not just the ones that make it easy for people to take advantage of you and you don’t have to play nicey nice all the time.

There are a number of obvious reasons why it’s not a good idea to get medieval on your exe’s arse and take revenge but the key one is this:

No matter how badly they have treated you, if you take revenge, you will inadvertently legitimise what they believe are their valid reasons for treating you in the way that they’ve done.

It’s like ‘See! She was a psycho! No wonder I didn’t want to commit to her!’ and then you’ll become another This One Time In Bandcamp Story that they trot out as their tale of relationship woe. The last thing you want is some assclown feeling like they have the moral high ground on you!

This post isn’t about having uncontrollable anger that results in abuse – this is about the fact that there are a lot of people out there who don’t know how to own how they feel because they don’t know how to express it and may also have so little self-esteem that they don’t feel that they have a right to be angry because it’s what they’ve been used to for so long.

Whilst some people don’t know how to control theirs and are abusive with it, when you habitually find yourself in poor relationships and don’t know how to express anger, it can often be because you’ve been emotionally schooled in your childhood to feel that anger of any kind is bad, that your feelings aren’t valid because someone else’s take precedence, or that if you express anger, love and the persons existence in our lives will be withdrawn – basically you will be punished if you express anger.

The fact that you are uncomfortable expressing anger, however, doesn’t change the fact that you are actually angry; it’s just that you’re not expressing or managing it, and you’ll either turn that anger inward, which can cause problems like depression, or subtly express it through passive aggression. Or…you may blow up and lash out at things around you.

When you have little or no boundaries accepting outrageous behaviour, act nicer than you feel, and continue to try to love, please and seek validation from someone who is quite frankly depleting you, at some point you’ll probably erupt in an angry explosion.

I’ve had a lot of emails from readers over the past few years where they’ve erupted like a volcano and every last damn thing that has p*ssed them off in the relationship, and maybe even in the ones before, is spewed out in a torrent of anger. Sometimes there is a period of feeling badly about getting so angry but the anger in itself and how they reacted, acts as an epiphany about being people pleaser’s who avoid being honest in the hope of being loved and end up storing up pain.

This type of angry reaction is what happens when you pretend to be somebody you’re not and you don’t get angry for fear of scaring them off or appearing demanding.

I remember one reader telling me that her Mr Unavailable mocked her when she pleaded with him to make a commitment and move in. To be fair, he had given her umpteen signals that this was not on his agenda and she had continued to try to please him and make herself indispensable. She erupted and let him know exactly what she thought of him, throwing him out with stuff that he’d left around her place. She said she didn’t know herself. Initially she felt better, then she felt bad because she thought it had cost her a good man and relationship, and then she acknowledged that the anger was all of the built up frustration and hurt, and that whilst she can’t behave like that every time she gets annoyed, this time it served to teach her that there is a limit to how much she will put up with. Aside from blowing up, there may be other ‘side effects’ to not processing your anger:

By habitually biting your tongue, you may find you have a short fuse with others because you’re trying to compensate for other areas of your life where you don’t feel you can express how you feel, get your point across, or have any control.

You may find yourself wallowing in your own pain and stagnating in the anger. This can mean analysing, obsessing about what happened, and bringing your life to a halt as you have angry conversations with yourself, and wallow in shame and misery.

You may also find that you backtrack. You get the anger out and the panic about ‘losing’ them, so you invalidate your own reasons to be angry and apologise to them, even though you may have a very legitimate reason to be p*ssed off.

I should add here – it is OK to apologise for how you react, so for instance if you did go crazy and vent etc you can apologise for that. But if your actual reason for being angry is legitimate and you then renege on yourself, it’s like bashing down your own boundary lines and saying ‘Kick me!’

Even though it might not be pretty and will possibly create ‘conflict’ (something that is part of life and relationships and yet so many people are afraid of it), getting stuff out of your system will let you see straight and get your power back.

In my next post I’ll be looking at identifying why you feel angry and how to work through your anger and come out the other side.

Your thoughts? Are you afraid to be angry?

Getting to know others involves acknowledging their consistent patterns
Love Lessons: When You Can’t or Won’t Ask Questions When Dating (P4) -Getting To The Answers
Compatibility, Your Type, and Common Interests Part One