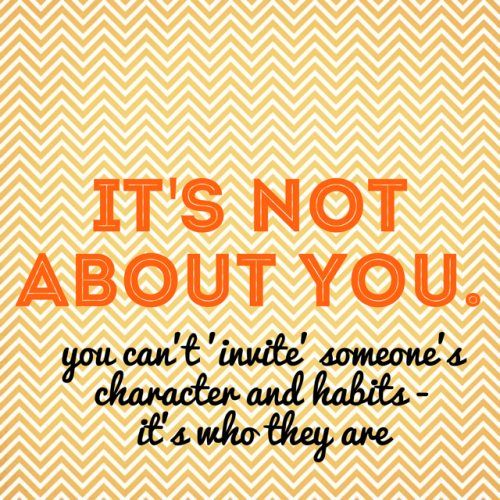 A close friend spent almost a year going through a really difficult legal experience. It was the type of situation where the other party had thought that he would just meet their demands because he’s in a foreign country and instead he went to see a lawyer. He thought it would be over within a few months but it took almost a year before he won his case.

During the experience, we were all thinking the same thing even though we knew that he hadn’t done anything wrong – Did the fact that these people were pursuing a case against him mean that they had a case? Did they know something that we didn’t?

Due to the work I do here at Baggage Reclaim and the various situations that people share with me, I’m all too aware that not only do people do outrageous stuff and basically wing it due to what can be their delusions of grandeur and believing that they’re outwitting everyone (or just simply not wanting to admit they’ve made a mistake), but that every day, people judge the existence, brazenness and aggressiveness of other people’s actions and take this as an indicator that they must have done something wrong and that they must have a ‘case’ to answer for.

You don’t actually have to have a legitimate case in order to go to court but many people make the assumption that if they are going to court that this in itself must mean that there’s a legitimate case. They might feel very intimidated and agree to settle and actually, this is what people who pull this rinky dinky BS rely on.

Equally, a person doesn’t actually have to have done anything wrong in order to be mistreated by another person but many people make the assumption that if they’re being treated badly it’s because they’ve invited it in some way. It’s why a lot of abuse goes unreported, unprosecuted and internalised as being the fault of the victim.

It bugged me for ages that these people were doing what they were and I kept wondering, What do they know that we don’t know? What are they exploiting? And then a bit of digging revealed that of course a person doesn’t give a monkey’s about running up court costs if they’re not paying it due to insurance. This helped my friend sleep a bit easier but even then, right up until the moment he received notification of the judgment, he had his doubts. It was the same with another friend whose ex took her to court over the kids he’d refused to acknowledge or financially support and blocked her from leaving the country when she wanted to move.

They’re not pulling this shite due to your ‘worth’ as a person or some eff up on your part – they’re doing it out of ego.

If you’ve been wondering if someone’s mistreatment of you is justified, what they’re doing is exploiting the fact that you’re questioning your worth and even attempting to appease them in the process, possibly while giving them a free pass on responsibility and accountability.

It’s not that they have insider knowledge about that One False Move you made that they’re building their whole mistreatment case around.

I know we like to think that there’s a reason for everything but the reason for ‘everything’ doesn’t have to be about you.

It’s not about you. The reason why someone is mistreating you is because that’s what they do. You can do the work to address why you’re still there or why you’re internalising their behaviour but what you cannot do is see you as an extension of their behaviour.

Character doesn’t go out of fashion nor can it change on a daily basis or from person to person. You’re not the first to experience this and you won’t be the last. Sadly. You don’t ‘provoke’ people into doing shady stuff by just breathing and believing that you’re an unworthy person. Regardless of what you’re feeling about you, they’re being themselves.

Asking for help isn't reserved for struggles and emergencies
Take The Focus Off Him and Put It Back To YOU
My 9 favourite career and business books for people-pleasers, perfectionists and overthinkers