Betting On Potential – Are You Gambling On a Relationship Capacity That Doesn’t Exist? 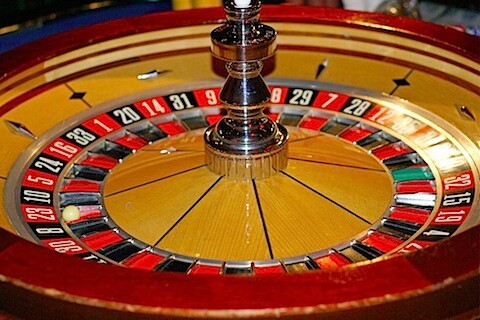 If you’ve ever thought something like “It started out so great, why can’t they go back to being that guy/girl?” or been like a property developer imagining what someone could become with your ‘love’ and your fixing/healing/helping ways, or even wondered how you managed to stay long past the relationship’s sell-by-date, it’s because you’ve been caught up in ‘potential’.

In relationships, potential is consistently having or showing (via actions) the capacity to become or develop into something more serious – commitment and a shared future.

You determine potential by gauging both of your actions to work out what’s currently happening between you both and where that could potentially lead. And therein lies the problem if you’ve ever found yourself in an unavailable relationship where you’ve been denying, rationalising, and minimising with a fur coat of denial and rose tinted glasses that shuts out warning signs that your relationship is missing some key ingredients or has some ‘areas of concern’.

Betting On Potential is the relationship version of gambling in relationships and unfortunately you’re an uneducated and unskilled gambler because you’re like the newbie that shows up at the casino and figures “It’s a casino so I’ll win big eventually” with no regard for the mental and observation skills required or that some games and tables are better than others. It’s also safe to say that ‘the house’ always wins – you’re in there on their terms.

You pick someone and either take behaviour that’s been exhibited that subsequently disappears/becomes sporadic, or you literally treat them like a blank canvas, put your vision of the relationship you want as the end goal, and paint in the person you think they could become. With little or no regard for lack of capacity shown that’s repeatedly demonstrated throughout the relationship, you don’t use landmarks such as progression, commitment, intimacy, balance and consistency to evaluate whether your ‘bet’ is misplaced. As a result, you don’t know when to fold.

Quickly fantasising that they’re The One soon after meeting.

Saying/thinking stuff like “I wish they’d go back to being the way they used to be.” Or “Why can’t they be like the old [insert name]?”

Believe that love is about having the power to change someone and have them make you the exception to the rule.

Choosing partners for odd reasons that they rarely live up to or make a difference to the relationship.

Believing that you ‘have so much in common’.

Hearing but not listening and ignoring vital information.

Loving and trusting blindly while refusing to trust your gut or any judgements you make.

Hooked on the fairy tale ending.

Trapped in your feelings and fantasy.

Not communicating; you just charge on ahead with your ideas.

Persistently returning to the scene of the crime to see if this time you can realise your ‘investment’.

Stuck in a directionless relationship that won’t ‘conclude’.

Any potential you forecast should be based on the promise of actual actions that have already consistently occurred, not your imagination. Individual potential is untied to you so you can’t make them have a capacity that they don’t possess anyway. No matter the intensity of your feelings or your hopes for them to change, you can’t decide that you have ‘capacity’ for you both until they’re ‘ready’. When what you want is reliant on them becoming/doing X,Y,Z, it demonstrates that they’re not currently showing or having capacity and that you’re taking an even greater gamble.

I can’t emphasise this enough – you can’t do all the loving, giving, doing, respecting, caring, trusting for the both of you. Relationships are 100:100.

Dangerously optimistic and speculative, in recognising the ‘synergy’ between you, you reason that if you see and realise potential in them, you’ll realise potential in yourself. The potential you envision is based on your feelings and unhealthy beliefs about relationships centred on you having the power to change them and you miss some major signs that they’re not participating in your grand plan.

When the gap between reality and your ‘forecasted projections’ becomes too wide to ignore, you attempt to rectify this and are met with obstacles, conflict, and some rather unpleasant ‘surprises’ where suddenly the equivalent of “I can’t be or do what you want” starts ringing loud and clear. If you struggle with the amount of time that’s lapsed and/or admitting that you’ve made a mistake, you’ll end up getting in even deeper.

One reader commented that in one year, she only had 28 days of phone contact and that even though she recognised the danger, despite being No Contact she was looking for validation from him. 28 out of 365 is 8% – this just doesn’t even begin to cut it!

Spending another, for example, 3 months trying to get validation and him let’s say contacting her on another 7 days would still leave her at 8%. While it’s not all about the digits, if you’re busting a gut trying to get someone to be something that they’re not for most of the time, it’s like you’re trying to stretch things out.

Some people don’t do steady and only roll out the goods for short-term ‘buzzes’ or to reel you in – little do you realise that you have them on a limited offer. Fact is, it’s not normal to be ‘switchy’.

Don’t be the type that doesn’t believe the potential doesn’t exist until there’s absolutely no chance because they’ve either treated you so badly that even you recognise that it’d be sheer madness, or they’ve moved on and aren’t lining you up as a back up/cheating option. This makes your ‘limit’ for ‘folding’ dangerously high – learn to recognise healthy relationships and the importance of action.

When you’re in reality and being authentic, nobody can continue to showboat around you and claim they’re being and doing more than they are. You also won’t be prepared to be on a crumb relationship diet with your tummy rumbling.

Potential is equal to action. The more consistent, positive action you have, the more potential that exists.

If the action regresses, comes in fits and starts, comes to a halt or is mismatched with what comes out of their mouth, their capacity is limited, not least because you can never truly feel safe in trusting them to remain as they are.

If how things started out has disappeared or become sporadic, this is at the very least a code amber that something is wrong – stop, look, listen, assess, address the situation and/or opt out instead of squeezing your eyes shut and focusing on potential. Adjust potential to be in line with what’s happening.

It’s better to call a spade a spade instead of coming up with a spade by another name and putting them on a pedestal and adding qualities, characteristics, values, and a future that they’re not in possession of or participating in. It’s like buying and betting on a three-legged horse and wondering why it doesn’t run like a champion thoroughbred! You don’t need to make up a person and you don’t need to bet on someone else to realise your best you.

Why You're Still Stuck On Hurt
Are you treating all conflict and criticism as 'bad'? Negative associations strike again!
You can't date or forge a relationship without chipping in - it's the cost of participation