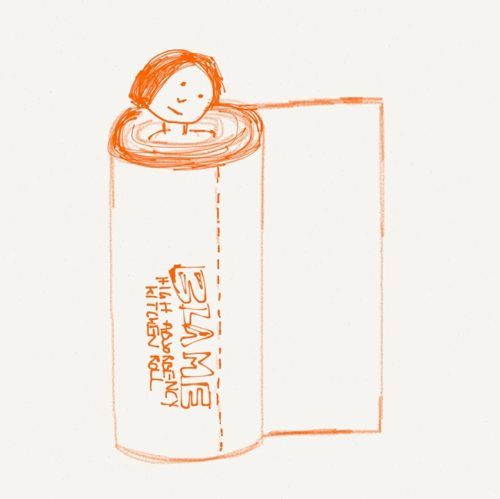 When how we see the problem is the problem, finding a different way to look at something that we’ve been struggling and even tormenting ourselves with for so long can be unburdening. Take blame for instance; whether it’s that we’re like high absorbency blame kitchen roll soaking up the ‘responsibility’ for anything and everything around us or that we’re spending our lives playing responsibility dodgeball, blame and what we do with it has a knock-on effect with far reaching consequences.

To blame is to feel or state that someone or something is responsible for a bad situation or outcome.

The problem is that feelings aren’t facts. We can feel that we’re not capable of doing something but that doesn’t mean that we’re actually incapable of it. It’s the same with feeling that we’re to blame. What needs to follow is some level of exploration and while sometimes this cannot happen in the immediate aftermath of something because we’re not in the right head space, we have a duty of care to ourselves to question anything that’s going to ultimately impact our ability to treat and regard ourselves with love, care, trust, and respect. That and we also have to manage our BS levels.

When we assign blame to ourselves and/or others and we are not truthful about our part (or theirs), or we’re just not knowledgeable of the facts of the situation, we are taking and giving blame but what we don’t have is responsibility. In treating thoughts and what may be another person’s perception of things as facts, we hamper that knowledge and build a faulty case against us.

Blame is a decision and decision-making involves going through important stages that many of us miss – questioning, forming a conclusion and reaching a resolution. When we’re burdened with blame (or just won’t take responsibility for anything), it means that at least one of these stages is being missed. When we default to blame, we go straight to forming a conclusion and then make dodgy resolutions to follow. We decide that it’s all our fault (or none of it) without genuinely questioning and examining all of the ‘facts’ and then stubbornly maintain that position. It’s like sentencing someone without a trial and then refusing to view evidence and reopen the case.

If you’ve ever had one of those arguments where it’s ‘You’re to blame… No you are… It’s your fault… No it’s yours… You made me… No you made me…’, you will know that it leads to nowhere good. The real lessons, the real growth comes when you’ve both calmed down and are both willing to look more honestly at the situation and the chain of events that led to the conflict.

To be responsible for something or someone means that you’re accepting full control, which of course you only have control over you and something where you’re the sole person involved or the primary driver. When you accept responsibility for something, you’re also accepting that you are the cause – that you directly produce that effect in a person or situation due to __________. There are situations in life where you are responsible for something or someone where you’re not in full control (so unpredictable things will happen) but that you are still responsible due to it being your duty or legal requirement. Examples include being a parent, jobs, and having positions of authority where you may be responsible for groups, communities, or populations.

When we make ourselves solely responsible for the success or ‘failure’ of a relationship, or we take the blame for how we were treated by another person or what they did, it’s as if to say that we’ve deemed them unfit for responsibility and incapacitated. We’re saying and even agreeing with them that they have no part and that if they were going to be or do anything, it ultimately rested on whether we could provoke it with our worth or actions. It can start off in childhood where we deem any inadequate parenting on what we assume must be our own inadequacies or a ‘one false move‘ on our part and then we just roll with it.

This willingness to take the blame is why we can feel overwhelmed with shame because we keep rubbing our face in it and as a result we feel embarrassed or even humiliated over theses ‘wrongdoings’ that may not be what we think they are. We may be taking the blame for the wrong things and avoiding the responsibility on the stuff that matters, or just holding ourselves to blame for stuff that doesn’t have a damn thing to do with us. Sometimes it seems easier to say, ‘It’s my fault because I’m not good enough’ than to say, ‘You know what? I need to own my part so it’s time for me to examine why I would want to be in a relationship where I felt devalued and without a voice?’ On the flipside it can also seem easier to put it all on somebody else because if we keep up this stance, we can just keep distancing ourselves from our own actions and responsibilities. Any time reality bites a bit too close, we can just create some drama or home in on our usual scapegoat. This is why I caution people on pursuing validation or whatever from a person who is only too happy for them to take all of the blame – each time you give them the time of day and cartwheel around them, you’re saying, ‘I agree that it’s all my fault’ and then they can trot off into world with their false sense of security.

You will always know that you’re taking responsibility when you own the stuff that you can control and leave it to others to own theirs (even if they don’t necessarily do it).

Blame is a decision so it’s critical to sanity check your basis for taking all of it and to ensure that you know the line between blame and responsibility. One side has your self-esteem including self-compassion, empathy and respect of you and others and the other side has pain and distortion. Choose wisely.

Self-esteem in a nutshell - When you believe you're not good enough to drive your own life
Sometimes Embarrassment / Shame Stops A Person From Making Attempts To Remedy A Situation Or Get In ...
Can You Forgive You?