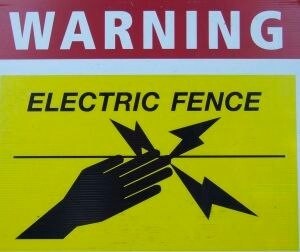 Behind many of the problems in dating and dubious relationships is the lack of boundaries and what we communicate about ourselves when we allow people to cross the line. It is important to be authentic and have the same values and boundaries in all areas of your life so that you don’t create conflicts within yourself that end up communicating the wrong messages about you.

Boundaries are basically a personal awareness of what you will and won’t accept. It’s the knowledge of what you are uncomfortable with and what would have you detracting from yourself or living outside of your values that acts as both self-protection and a warning system.

Boundaries teach people how to treat you and what to expect from you but they also impose limits, not just on others but also upon yourself to ensure that you don’t place yourself in dangerous situations or continue to take being treated in a way that detracts fro you.

If you imagine that every single one of us on this planet has our own invisible electric fence – these are our boundaries.

Unfortunately some of us either haven’t got the electricity turned on or are totally disregarding the alarm bells ringing when the fence (your boundaries) get violated. For some of you, you may be totally unaware that you actually have this ‘function’ in your personal armour, so have been unaware of the existence and the importance of the fence.

When the fence is on and someone bumps it or totally jumps the fence, your discomfort should register as alarm bells ringing. Whether it’s something that’s been said or been left unsaid, done or not done, it has at best left you feeling cautious and moving up the scale, you may be uncomfortable or be experiencing pain.

The electric fence ‘going off’ with your alarm bells ringing is your warning system and it means that you need to address the situation and proceed with caution and work out what the boundary crossing means to you, the relationship, and about the person. It is important that security measures are ‘upped’ and whether through actions or verbally, you communicate that you are uncomfortable and that this cannot happen again and why. In some instances, you may not need to explain as the action in itself doesn’t warrant an explanation as it’s obvious why anyone would be uncomfortable.

Some people have no respect for other peoples boundaries even though they may have many boundaries themselves.

It is important to remember how human interaction works and how we inadvertently end up communicating what people can and cannot do with or to us:

When someone does something that is unacceptable, i.e. crosses a boundary, you have the option to either accept or reject the behaviour.

Let’s say that I’m dating Bob and one of my boundaries is that I don’t do being stood up, when he does stand me up, I can:

a) Not bother with him again – my actions communicate that his behaviour is not acceptable and that I feel it’s severe enough that the consequence is that I will have nothing further to do with him, after all he has communicated his disrespect and clearly doesn’t share the same values.

b) Give him One Last Chance – Tell him when we speak, gives me an excuse and apologises, that I’m hurt/angry/whatever, that I accept his apology, and that in future, if he’s going to be late or he cannot make it, he must say so, not leave me hanging. I could also say that if he doesn’t, it’s over, but equally, it’s better communicated through actions should he do it again.

c) Make very little noise about it when I do eventually hear from him again and basically accept his behaviour without creating any consequences.

Option A is me knowing my boundaries and what his action means to me and moving on. I don’t do being stood up, not interested in someone who would behave in this way – see ya!

Option B is me knowing my boundaries but giving one chance with the idea being that repetition of the behaviour means me going for Option A next time.

Option C is me totally disregarding my boundaries and what him crossing that boundary actually means and effectively opening myself up to further disrespect – I have communicated that it is OK to stand me up as there will be no consequences.

Now the thing is, by the same token, when someone crosses your boundary and you communicate it, they have their own options too:

Option A is that they accept and respect your boundary and endeavour not to repeat the same boundary crossing again if they are given another chance.

Option B is that they appear to accept and respect your boundary and then passive aggressively go behind your back (some may not even bother being sneaky) and attempt to cross the boundary again, with the hope that they’ll get away with it because you either let it slide or you aren’t looking and listening.

Option C is to reject your drawing of the boundary line and move on because they realise that you are not the type of person that they can operate with their usual boundary busting ways with, so you are no longer of interest as the relationship cannot be on your terms. It’s respecting your boundaries, albeit because they’d prefer not to have to respect you in the relationship.

The reason why so many women have little or no boundaries is fear that they will not be able to hold on to the boundary busting guy so would rather hold onto him and hope he’ll realise what an exception they made on ‘that occasion’, than recognise the fundamental incompatibility in the relationship.

Boundaries are tied to your values – if someone cannot or will not respect your boundaries, it is a difference in your fundamental core primary values which means your relationship cannot work.

As women, we must learn to see the wood for the trees and be careful of doing things with a view to communicating our ‘love’ that get lost in translation. We are doing things that feel big to us (making an exception for what is normally unacceptable behaviour) and then assuming that this act of ‘generosity’ is picked up by the guy.

I made an exception for him so he should realise how much I love him and reciprocate my feelings and generosity and then we’ll live happily ever after and yada, yada, yada.

You’re really complicating your relationships when you get into this whole ‘making exceptions’ thing, especially because whatever you intended your actions to communicate, it’s like a subtle hint that didn’t get picked up, and instead, you’ve communicated an entirely different message.

When you make an exception for someone’s normally unacceptable behaviour, you are normalising bad behaviour and on top of that, they don’t see it as you ‘making an exception’; they see this as normal.

Every single time you accept things that are fundamentally outside of your values and cross your boundaries, you tell that person that in this relationship, with you, their behaviour is OK and acceptable – this becomes their new normal and the baseline of what they feel they can do and be in the relationship.

He doesn’t think ‘Ah…that Susan’s so special. She must really love me if she’s prepared to let me back in her bed without so much as a bye nor leave’

He doesn’t think ‘Ah…I want to marry Gigi. She loves me without conditions, never sticks to it being over, always listens to my excuses, copes with the continued disappointments and is forever steady.’

He doesn’t think ‘That’s really nice that Cathy took my call even though I totally reneged on that last date I promised to take her on.’

He does think ‘I was able to get back into Susan’s bed with little or no explanation so next time I want to slope off and then come back for a shag, I’m pretty certain she’ll be receptive.’

He does think ‘Right, so the flow of things is that I can disappear, call her up, make some empty promises, put up with some initial faux resistance, and then she’ll give in. When she starts looking for me to deliver on those promises, I’ll just go. Eventually she’ll see how I roll.’

He does think ‘Gigi certainly loves me a hell of lot… I know she’ll ALWAYS be there’ and then rewards that loyalty by feeling free to do as he pleases with the certainty of her presence.

He does think ‘Hmmm, Cathy’s not the woman I thought if she’s still receptive to me in spite of me standing her up. She could be useful for hanging out but I can’t see this going anywhere…’

It’s important to realise that as inconceivable as it may sound especially if you’ve been involved with assclowns and Mr Unavailables on a habitual basis, relationships can and do exist without you having your boundaries violated.

Now a boundary is something that is fundamental to you and is about unacceptable actions and values in your life. If you truly don’t feel that you can be in a relationship with someone that subscribes to the Playboy Channel, it’s time to move on.

Why would you try to impose your values on someone else if you fundamentally don’t believe that you can be in a relationship with someone who has a sex channel?

Now I know the ‘easy’ route is to try to change them and have them make you the ‘exception’ to their norm, but many of you have already learned – if you have an expectation of change for your relationship to work and cannot accept them, you’re dooming the relationship.

Most guys don’t need someone they hardly know telling them what they can and cannot subscribe to or watch on their TV. It’s already a message of non-acceptance and attempts to change them – this acts as a signal for them to reposition you in their mind. Watch as you tumble down the mental stairs from potential girlfriend/wifey material to someone to pass time with.

Just like when we feel attraction and a common ground with someone and then correlate that to the rest of them and assume things about them, guys will take something like you trying to change them over the Playboy Channel and correlate it to the rest of a potential relationship and see ‘problems’.