Can you stay friends with Mr Unavailables & Assclowns after you break up? Part Two 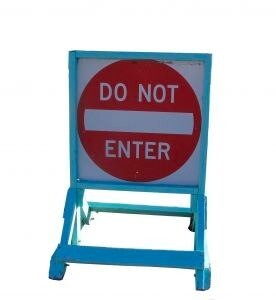 The one thing that I want you to keep saying to yourself, out loud if you can is:

Why the hell do I want to be friends with this man?

As I said in part one, remaining friends with an assclown or Mr Unavailable, when you are still emotionally attached, is about establishing a new ‘fallback position’.

You will no longer be the woman who he’s in a relationship with that he’s defaulting to, to get an ego stroke, sex, and a reliable shoulder to lean on; you’ll be the woman who has sold herself down the river of so-called friendship, for him to receive the fringe benefit of you still being emotionally invested in him…without him actually having to be in a relationship.

Do not ever demote yourself.

All that a Mr Unavailable or assclown does when you offer or accept the dodgy hand of friendship, is parlay your low self-esteem, your inability to be real about the relationship, and your lack of boundaries, into a booty call, regular ego stroke, or boomerang relationship.

The fact of the matter is that if you no longer wanted to be emotionally invested in this guy and had serious, definitive plans to move on, you would not want his friendship.

As I explained in part one, we find it very easy to come up with excuses to remain friends that essentially are codewords and phrases for not wanting to let go and not loving ourselves enough.

The problem with when we want to be friends with a Mr Unavailable or assclown is that we’re not 1) truly considering our own feelings and being real about him and the relationship, and 2) we’re not thinking about the future.

This goes back to something I regularly state:

You need to look at the bigger picture. You need to see the wood instead of the trees.

In essence, women who want to pursue ‘friendship’ with men who are unworthy of their time and energy are short-term thinkers.

If you thought past your current, reactive feelings to the situation and considered 1) the real him with his consistent behaviour and character, 2) how you have consistently felt in the relationship, and 3) what you profess to want in the future, there is no way on earth you would give this man the time of day, nevermind a pot to pee in!

But you throw all of your energy into this (non) friendship because in reality, you, at the time, believe you want him to be a part of your future and actually, you can’t imagine his future without you in it, because you’ve confused how you think, feel, and act, with how he thinks, feels, and acts.

Here’s the thing: Most women I come across say they want to find love and be in a serious relationship.

If you’re truly planning to do this, where exactly does the ex fit in? How do you explain him in your life when you start a new relationship?

Oh he’s a guy I used to date…What’s that you said? Why did we break up? Well.. I…er…he…er…it’s kind of complicated…Is he the guy that keeps calling and texting? Well..I..er..

Being friends with these guys prevents you from moving on and if you spend more energy pursuing friendship with them, than you do on focusing on yourself and trying to move yourself forward, it’s certainly indicative of you inadvertently trying to prevent yourself from being real, healing, and having to take uncomfortable but necessary steps to change.

Staying friends with these guys can end up keeping you in a pattern and you end up being a Yo-Yo Girl with a trail of unfinished business in her wake. No finality, and too many loose ends makes for someone who ends up being trapped in a half life and you will not get to address why you were even in this relationship in the first place.

More importantly, women who stay friends with their ex Mr Unavailables and assclowns find it difficult to start a new relationship. They’re too busy playing with the loose ends of their old one…

See, here is the thing. Mr Unavailables and assclowns don’t really ‘get’ the whole boundaries thing because everything is on their terms. When you tell them to take a run and jump, they can often pursue you even harder and confuse the hell out of you, only for them to revert to their usual crappy behaviour. Or, they screw you up so much that when you tell them to beat it and they do, you panic and call them up…only for them to behave exactly as they always do.

The offer of friendship when two people break up is often a cordial thing – in most circumstances, I wouldn’t go taking them at their word unless several months have gone by and you have both moved on. People like to be polite, and guys hate looking like bastards, even when they are.

If you don’t make the token gesture of being friends, there could be a rather uncomfortable silence in the air and we all know that human nature makes us say something to fill in the gap.

But another type of man, an assclown or Mr Unavailable, offers the hand of friendship because they like to keep the door open, just in case they should ever decide that they need you for something – a shag, ego stroke, some money, your parking space, or as a beard when they attend their next family function…

They then play silly games like sending dumb emails and text messages, calling up on the pretext of seeing how you are, and turning up unexpectedly when they’ve actually turned up for sex. They say insincere bullsh*t like they really care about you and wish things could be different and blah blah blah

They don’t wish things could be different at all and the one thing their ego can’t cope with is you no longer being interested, but they know enough about you to know that you have low enough self-esteem to keep them in your life.

So they stay in your life knowing that the likelihood is that you will continue to be emotionally invested, even though they’re not.

Mr Unavailables and assclowns like to be in control of the situation.

They want to control the temperature by blowing hot and cold, they manage down your expectations so that they can stop you from wanting, needing, and expecting too much, and if you are not friends with them, they feel out of control of the dynamics that they have established with you.

Just like when they panic and start blowing super hot when they realise they’re in danger of losing you, pushing the friendship angle is about keeping control of things and establishing a new, dysfunctional dynamic.

If you play into their hands, you will fall into a new cycle, only now you’re getting the headache under the guise of ‘friendship’.

Just like when I have said that you need to have boundaries in all of your relationships; that’s lovers, friends, family, colleagues etc, you should choose men of good character and friends of good character.

This puts you in a difficult situation, because personally, I don’t think that you wanting to stay friends with someone who is patently selfish and who at no point has put your needs either equal to or above his own is a sign of someone who would make a good friend.

If we want to experience real personal happiness, find an inner peace and calm, and be genuinely open to real, positive relationships, we need to build our self-esteem by learning to like and love ourselves, and treating ourselves right by surrounding ourselves with people who add positively to our lives, and avoiding situations, people, and environments that detract from that.

All of this leads to choosing better partners, and inadvertently, building better relationships with family and friends.

Exes, especially assclowns and Mr Unavailables, are not memorabilia for you to collect up and carry around with you in the form of your relationship past entourage. They leave you with more than enough emotional baggage as it is and ultimately you have to decide how much drama, ambiguity, and game playing you want to be involved in.

You don’t have to declare war or be nasty, but you don’t need to be friends, and in actual fact, you can keep these men at a polite distance if you have to come into contact with them. But that’s for the final part three where I explain how to handle Mr Unavailables and assclowns and their ‘friendship’ and ensure that if you have to be in contact with them, it’s on your terms, not theirs.

The Pandemic Will Teach Us To Be More Boundaried
Revisited: Values & Being Valued In Relationships - Your Value Is As Good As How You Treat You
They say you're a 'couple', so why doesn't it feel like that?