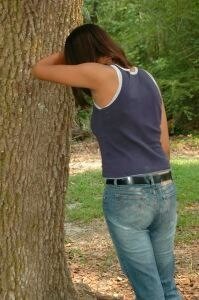 Let’s be real–rejection sucks, especially if you actually expend brain energy thinking of yourself as a reject (i.e. not ‘good enough’) that’s been rejected (discarded).

In part one of this three-part series, I explained how our ability to cope with rejection or even readiness to perceive certain actions from these men as rejection is tied to low self-esteem. In part two, I explained how rather than turning his behaviour inward and blaming yourself, you need to recognise that he is rejecting everything that being involved with you or any woman that expects, wants, or needs anything represents.

To recap from part two:

“when a Mr Unavailable or assclown rejects you, it is actually more about rejecting:

This is not about you – if he is a Mr Unavailable or assclown, he doesn’t want to do these things with anyone and you could substitute a different woman, and you’d get same problems, different package.”

While your dancing to their beat and accepting their behaviour serves to enable assclowns and Mr Unavailables behaviour, they are how they are in spite of you. They were this way before they met you, they are this way now, and they will be this way if you’re smart enough to make a run for it.

This is not about you.

Stop making it all about you because it was never about you in the first place. If you had been at the genuine focal point of his actions and thoughts, you can be damn sure you wouldn’t be at this juncture now.

Hard as this is for you to hear, you set yourself up for hurt, not because you took a chance on love and it bit you in the bum, but because if you are habitually engaging with Mr Unavailables and assclowns and you don’t recognise not only how inappropriate their behaviour is and steer clear of them, they will be catering to conscious and subconscious relationship patterns that you are following because they reverberate with your self-esteem, they are familiar, albeit uncomfortable, and they cater to negative beliefs that you hold about yourself, love, and relationships.

This is about the self-fulfilling prophecy of ‘inadvertently’ proving your unworthiness in the quest to validate yourself.

If you compare your version of taking a chance on love to betting on a horse, pursuing Mr Unavailables and assclowns and expecting better results each time, is like betting on a three legged horse and wondering why it keeps rocking up last….

Read my post on relationship insanity and why we throw ourselves at bad relationships and wonder why we get hurt.

If you want the feeling of rejection to subside and avoid being rejected by men who are unworthy of your time:

1) Take the focus off him and bring it back to you. Good things don’t feel bad!

2) Opt out. Instead of it always being about assclowns and Mr Unavailables rejecting you, isn’t it about time you started ‘rejecting’ them?

3) Stop focusing on the illusion and get real. Pronto! Go back to the list at the start of this post which I took from part two and start asking yourself what you really want, because unless you are happy to do without the basics (which you have actually already attempted), this cannot work.

You are trying to fit a square peg into a round hole.

4) Start determining your own worth. If you have to force someone to ‘attempt’ to recognise your value and they have already opted out, while it may take you some time to process things, and overcome the dent to your ego, it’s better to process his behaviour and draw the a conclusion that allows you to move on.

The fact that he doesn’t recognise your value and has chosen to opt out (many of them were never in in the first place) is an ENORMOUS RED FLAG.

You cannot validate yourself on this man. If he didn’t recognise your value when you were with him, he’s certainly not going to recognise it now, and even if he did, what do you think you will gain from this?

5) While you are licking your wounds, obsessing, and potentially wallowing in your perceived rejection, he goes on his merry way and gets on with his life.

If you dwell on what you perceive as ‘rejection’, it indicates ‘obsessing’ which indicates that you are expending serious brainpower stalling from accepting that the relationship is over because you are too busy looking for reasons to blame yourself.

If you are serious about eventually being happy and finding and embracing love, you cannot do this if you don’t process the hurt, heal, and move on.

6) Take one day at a time. You want to fast-forward to no pain or rewind to the hazy glow of illusion. Break-ups hurt, but they hurt even more if you don’t keep it real and be patient with yourself.

7) Knock him off that perch you’ve built up. It’s one thing for him to have an inflated ego, it’s another for you to continuously inflate it by making him out to be something more than he is. Get real very quickly and you will able to see that many of the things you place stock in about Mr Unavailables and assclowns mean nothing because they don’t translate to someone who treats you decently.

Check out my posts on But we have so much in common and 10 reasons why women choose men and why they shouldn’t parts one and two.

8) Cut contact. Staying in touch is like saying ‘Please find 101 ways to reject me again and again while I blow smoke up your bum with an ego stroke, a shoulder to lean on, and possibly even a shag.

9) Write down the bad stuff. Carry it in your handbag, put individual incidences on post-it notes around the house, write them on your mirror in lipstick, create a screensaver, reminders in your phone or whatever, but writing down the bad stuff is a reminder of the real him which you can look at and say ‘Er…no. I’m rejecting his crap!’

10) Stop being so hard on yourself. Assclowns and Mr Unavailables can smell low self-esteem meat from 50 paces. You want to be treated decently, it starts at home. Stop rejecting yourself by engaging with these clowns and start treating yourself better.

If you’ve spent enough time around these men, you know the deal and you know how the dance plays out, and yet you dance the dance.

And this is a dance. As I explained to a reader the other day, the habitually emotionally unavailable man or assclown has danced this dance maaaannny times before. He may insert a few extra moves or take some out, but this dance is very familiar to him.

Your sense of ‘rejection’ can often be very much tied to the good times and feeling that you must have done something really awful to scare him away or that if only you had tried harder, been better, needed less, been accepting, turned a blind eye etc, he wouldn’t have ‘rejected’ you.

As I’ve said, for him, this is about rejecting what a relationship represents and these guys are about whims, short-term highs, ego strokes, getting things on their own terms, the chase, and now being needed, wanted, or expected from, more than they are prepared to give.

They’re not ‘rejecting’ you; they’re rejecting having to behave like a half decent guy in a relationship that feels responsible to someone, has to be committed, and loves, trusts, cares, and respects. That’s not someone you want to be giving the time of day never mind any tears of rejection… They’ve also given you a reprieve and the sooner you realise that you are not alone, that many a woman has experienced this and that you will not change him, is the sooner you can get over him and start living your life.

Guest post: How to demagnetize a Drama Magnet...
10 Things That Make Online Dating Tricky If You Don't Have Healthy Love Habits - Part Two
Being The Other Woman: The Lessons I Learned Part 2
Share this...