Coulda, Woulda, Shoulda: Could my relationship have been different? 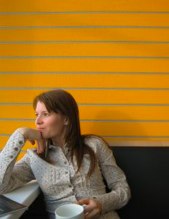 When I used to spend my time going out with assclowns and Mr Unavailables (or guys who were both), when things were over or were approaching The End, I’d start to wonder if things could have been different if only I could have let certain things slide, been less assertive, been the one to change etc.

This is a common thought pattern for a lot of women and it arises from the big 3:

Delusion – Seeing yourself in a harsh light but still failing to see him and his actions in a real light.

Failure to see the bigger picture.

I’ve had a lot of emails from readers, especially over the past couple of years and there were a few poignant questions that stuck out at me:

1. Is it because I was really cold with him on the phone why he decided to end the relationship and move on with someone else?

2. If I had been less needy, less, oh I don’t know, kinda controlling at times, do you think things could have been different?

3. Do you think if I had backed off and not asked him to commit to me that we could still be together?

Let me give you the quick answers to these:

1. No. That was just one phone call and the whole relationship with a class A narcissist was doomed. The relationship was going to end anyway. Lesson to be learned – If your relationship has solid foundations, it takes a hell of a lot more than a phone call to end it, or one specific little incident.

2. No. Neediness (that’s if it is neediness) and being controlling are not attractive in any relationship. However…these behaviours will be exacerbated if you hang with Mr Unavailables and assclowns. You may not be needy or controlling and the outcome would still be the same – you might just prolong the agony but potentially burn less energy.

3. No. The fact that your relationship ended because you wanted him to commit to the relationship and put both of his feet in, is actually a good thing. At least you now know where you stand.

Relationships are the sum of both parties and women need to stop acting like they are the only one capable of making or breaking the relationship!

You can’t love for the both of you or do all of the work for the relationship and if you do, you might as well lie on the ground and say, ‘Walk on me and treat me like sh*t’.

If instead of looking at the bigger picture and seeing the relationship in its entirety, you choose to instead isolate your vision of yourself and then pound it with self-blame and coulda, woulda, shoulda, and wistful thinking, you absolve him of any responsibility for the relationship not succeeding, even when he had a huge part to play!

You are also distorting the truth because you’re not seeing him in a real light. If you were you’d see yourself and the relationship in a more realistic light instead of a warped one where his failings are now your failings.

The worst part of this is that the question is redundant and is an opportunity to stall making any real change and making any progress. It’s just another reason to not face things and do something about your situation and instead, it’s languishing in self-blame, daydreaming, and in some cases, obsessing.

The relationship was what it was hence it couldn’t have been different because it wasn’t.

If I look back and ask myself whether things could have been different, I know that the simple answer to that is no. It would have been a case of that I could have been quieter, less this, less that, allowed more things to slide and yadda yadda yadda, but the outcome would still have been the same. By the same token, if I’d had more respect for myself and a higher self-esteem, I wouldn’t have touched half of these guys in the first place or opted out much sooner. But it wasn’t different and I can’t change that, so instead I sought to change my present and my future.

I stopped burdening myself with what could have been, forgave myself, and through my awareness of the type of men I had found myself attracting and being attracted to and what my own behaviours were that drove that, I changed my future, which actually, is really all that counts because I’m living a far better, connected life now than I ever was back in la la land.

There comes a point when you have to accept that it is what it is and that analysing the crap out of your relationship or your own behaviour has limited value, especially when you don’t move forward. If you’ve ever watched Quantum Leap, you’ll know that often when he attempted to go back and change the past, the same outcome kept arising. If you don’t look at the bigger picture and focus on you and your relationship patterns and moving forward as opposed to focusing on one guy, you’ll also find that the outcome won’t change either. You’ll go back…but you’ll end up breaking up again, or you’ll kneejerk into a new relationship and the same problems will rear their ugly head again. I know because I’ve been on both sides of the fence.

Don’t focus on whether you can be different for a relationship that is already in the past and instead, look at what you can do now that benefits you and your future.

They Had A Life Before You. Acknowledge The Backstory.
Are you waiting, willing, hoping for The One to enter your life?
Getting Real About Recognising Inappropriate Relationship Behaviour: He Doesn't Need To Cheat (or Be...