Criticism: Sometimes we’re so busy focusing on the negative feelings that we forget to question whether it’s true 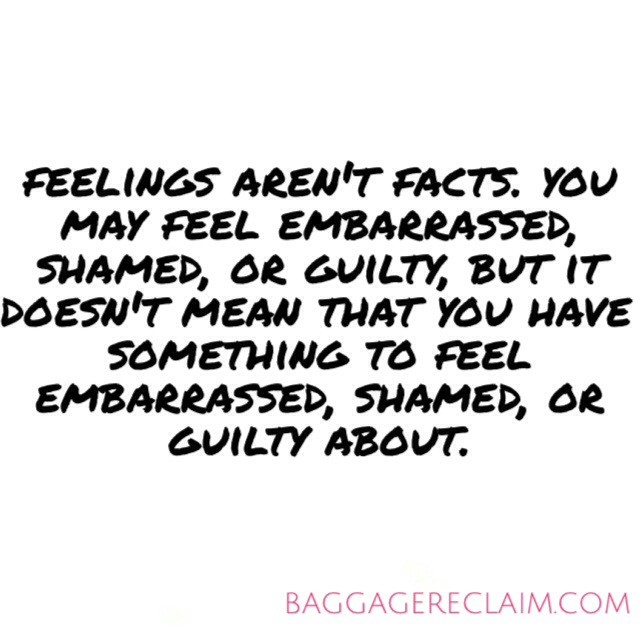 Criticism, which is in essence a form of feedback that isn’t necessarily ‘bad’ as many assume but that also isn’t necessarily true either, is something that most people struggle with in some way. We all have our sore points which we may not be aware of until somebody says something that no matter how evolved and confident we are, we temporarily get reduced to feeling like that child who got picked, who felt embarrassed about who we were, or who just always felt like they weren’t good enough.

Criticism speaks to an aspect of us where we’re already self-critical and may have insecurities, fears and concerns lurking about. Even if we’re not actually critiquing ourselves on the specific issue that a critic brings up, the occurrence of the criticism may chime with this idea that we’re inadequate and that there’s Yet Another Thing for people (and us) to find fault with.

Now criticism can actually be a very useful form of feedback because true, partly accurate, or false, it’s either going to give us an insight and even a lesson on ourselves, or it will give us the same on the critic, or it will be a wider lesson that will help in the on-the-job training that is life.

I had someone make a comment to me, that for about a minute or so until I pulled myself out of my wounded trance, I felt embarrassed and even shamed. Little Nat, probably around 13 years old, shrank back, looked down at her feet and went ‘OK then…’.

Guilt, embarrassment, shame, and inadequacy are what criticism often triggers especially if like me as a child, you had more criticism than hot dinners, reassurance and encouragement. You get used to criticism and feeling bad off the back of it, which is why since I started writing Baggage Reclaim, I’ve learned how to deal with and bounce back / grow out of criticism because seeing all criticism as ‘bad’ and/or true meant that I wasn’t sorting the wheat from the chaff and able to actually hear, receive, and give feedback.

My trances these days only last for minutes instead of hours, days, or even weeks, and my first thought was, “Erm, that’s not frickin’ true!” As soon as I acknowledged this, the feelings started to subside and I was back on earth again, in the real world where I can’t be running around giving an eff about what every last person thinks of me.

This is something that we forget: When we’re criticised, we often focus on the feelings such as guilt, shame, embarrassment et al and we get sucked into the I’m Not Good Enough Vortex of Thinking, instead of focusing on the all-important issue of where the criticism is accurate, justified or even bloomin’ useful!

We assume that the existence of these feelings equals that the person is correct.  If the criticism tripped off an aspect of our concerns where we’re already judgmental, the concern multiplies out of context and we sink into the feelings.

Not every thought is a fact so not only does it mean that not every self-judgement is fact but you also shouldn’t be so quick to assume that everything that comes out of the mouths of others is a fact either. You also need to be careful because when you tend to take too much criticism on board as well as perceiving people not agreeing with you or doing what you want or expect as rejection, plus you have people-pleasing inclinations, you already have a negative bias so are primed to let in information that chimes with your outlook while ignoring evidence and information that doesn’t.

A friend recently had her integrity called into question over something that she had done without an agenda. At first she felt really offended by her colleague’s assertion until she realised that of course he would accuse her of being shady with an agenda – he doesn’t do anything for anyone without an agenda so he just assumes that everyone is just like that too. That’s when she started laughing instead of taking him seriously. 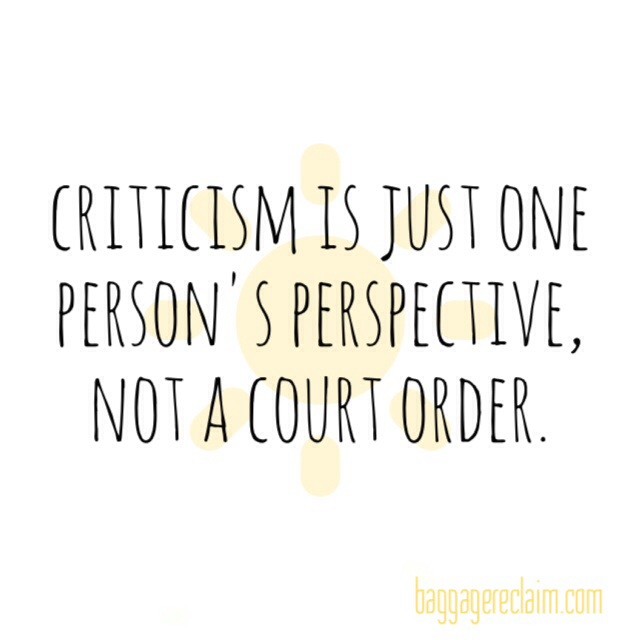 Criticism is just one person’s perspective, not a court order.

A person may be so caught up in their perspective that they’re not truly seeing you so they may actually be criticising themselves. Looking back, I realise that much like my inner critic, my mother was a tad Samuel L. Jackson in her delivery of criticism because she thought that by saying all this stuff, that in her own misguided way, it would prevent me from looking a certain way, failing, or whatever. Unfortunately I got so much of it that combined with other aspects of my life, my self-worth slid and I felt like a failure and unloved anyway.

Some people are shady critics – they say what they do because if you comply, you’re malleable and under their control, or they say it because they get a kick out of trying to make others feel small. Don’t give them their kicks.

If you tend to reel from criticism, it’s a sign that you need to be more self-compassionate. Criticism cannot impact you for very long if you are not judging you so harshly anyway. It’s about how you respond to and recover from criticism – do you soothe or condemn you? Being more self-compassionate helps you to be boundaried – you can’t just let any ‘ole feedback stick around – and it gives you resilience because, you know, people can and will say stuff and it’s not always going to be true or accurate, so you can’t run around turning it into a fact in your life and dragging your self-worth down.

Some people judge things inaccurately and they will only know that they’ve misjudged if you correct them, which of course you’re not under obligation to do so (don’t try and run your life leaving no criticism stone unturned), but you are under obligation to correct it with you. Those feelings will move on pretty quickly when you come out to support you.

Are You Trying To Prevent 'Unfavourable Outcomes' & Missing Out On Life Or Ending Up In More Pain?
Podcast Ep. 148: Handling Put-Downs From a Place of Self-Esteem
Recovering from somebody doing a U-turn on their feelings or proclaimed intentions