Dating Advice: Am I wrong not to have offered to pay my share on the date? 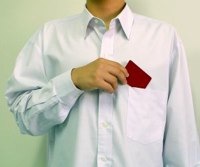 Christina asks: “Are women supposed to offer to pay for first dates? I have just had this guy that I went on a date with tell me that even though he ‘liked’ me, because I didn’t offer to pay, he doesn’t think that it ‘bodes well for our future’! I was very taken aback as he showed no signs of annoyance at the time and he even tried to invite himself in!

I don’t think what I did was so wrong. He asked me on the date. It’s not like I made him take me to a place with an extortionately priced menu. I don’t deny that I could more than afford to pay but hell, it was our first date. If he hadn’t jumped the gun and gone to a second, I would have offered to go dutch or even pay.

I don’t care about him but I don’t want to find myself in this situation again. Am I in the wrong? Have I missed something?”

Christina, the only thing you have missed is the opportunity to be with an assclown, which means you haven’t missed anything at all!

You have actually got lucky because he has shown you who he really is which will spare you another moment of indulging him.

Controversial as this may be for me to say it, he asked you out, he pays. This is a lame, cheap trick on his part and there is one particular thing about this that makes him look cheap…and nasty..

If he was that pissed about the fact that you didn’t offer to pay, why try to invite himself in? What kind of rinky dink sh*t is that? What – did he think he could take payment in kind?

This guy is unbelievable!

Here’s the deal with paying on dates.

I don’t go for all this BS fannying around over who pays on the first date because with men who get p*ssy about who pays, you can’t win with them anyway.

But some guys will say “I like the woman to offer but I have no intentions of letting her pay..”

Again, this is total BS.

It’s a superficial act and the only intention is for it to massage his ego!

Men hate when women do ‘the reach’ – when you offer to pay and reach for your purse in a superficial gesture of appearing to want to pay your way and he accepts the offer and we get annoyed.

Am I crazy in thinking that there is something really screwed up about this?

Generally speaking, guys like to pay on the first date and if they aren’t intending to for some reason, they could save a whole lotta reaching up in he-re if they would just come out and say it from the outset instead of expecting us to figure it out through telepathy and making the end of the date highly awkward.

However, if YOU ask HIM out, play it safe and be prepared to pay and take out your purse and your card and place it on the table. DON’T bend down already pausing for him to give you the halt sign…

Anyway, this guy is a tool. Eager to try to get through the front door on the first date and eager to discard you for not meeting his dating etiquette standards.

You’re not in the wrong because I doubt that there was going to be happy end to this situation and you can’t win with a man like this anyway.

Revisted: How To Avoid Being a Passing Time Candidate - 30 Signs That Somebody Isn't Interested Or I...
The Window of Opportunity in Dating - There's Only a Certain Amount of Time To Act Upon Interest
Saying No is Not Wrong