(Dodgy) Men Translated: I Don’t Know How I Feel About You, I’m Suspicious of White People & Other Often Outrageous Statements 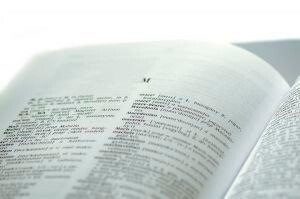 Since last week, there’s been a lot of comments and questions about what are quite frankly at times outrageous statements no matter what the context is. What men have been saying to you is very revealing and I hope that over the past few posts, you’ve been getting the core message:

When someone tells you who they are or shows you though their actions (or lack of them), make sure you’re listening and watching. Remove the rose tinted glasses and the fur coat of denial, and don’t second guess what is often a load of bullsh*t on the part of these guys.

I’ve taken the liberty of gathering up your comments (where they’ve been similar, I’ve joined them up and some have been answered in previous posts) and over this post and the following part two, here are 24 golden statements translated:

He says: I don’t know how I feel right now…at least not anything I can commit to.

I say: This guy may be genuinely confused, experiencing panic, or questioning his feelings. Or…he may be hedging his bets. Either way, he doesn’t know how he feels and while this isn’t a crime, it puts you in a really precarious position. If they’re the dubious kind, you’re damned if you do, and damned if you don’t. Stay and you’ll be made to feel needy if you ask questions, go and they’ll chase you. If he’s a decent guy, he’ll appreciate that it’s best to either give him some space, or agree a definitive time for him to either decide or go.

He says: I want to be with you but I am suspicious of white people.

Translation: I’m tempted by you like forbidden fruit but the fact that you are white and I do not trust white people means that I cannot be with you and will treat you with distrust. More importantly though, I don’t possess the balls to tell you that I’m not that interested in you. It seems easier to blame it on something you can’t do anything about and make it seem like it’s just the ‘wrong’ skin colour that stands between you.

I say: Oh hell no! Run! You’re fundamentally incompatible. Do you really want to train someone to start trusting an entire race? How can you as one person change his view of all white people? That’s one mighty task and along the way, your sense of self will be eroded while you seek validation. You guys have different values and to continue to pursue him would be like ignoring who you are as a person.

This is also like the race version of ‘It’s not you, it’s me.’ Either way it’s a lame excuse and the core message is stop chasing me.

He says: I have a STD and I run from relationships.

Translation: I have a sexually transmitted disease, I don’t do commitment, and I prefer things casual – if this gets too serious, I’ll run and I may leave you with a ‘gift’ as well!

I say: Really, in nine words, this man has given every reason why you should not be interested in him. There’s nothing to read between the lines here – it is what it is. Let him go about his business being all casual and getting STD’s – don’t invite it into your own life. Unless you want a STD or you want to be run from, why would you stay? While hopefully his STD can be cured, which is what you may be banking on, the fact that he runs from relationships is not a task that you should really take on. Tell him to come back when he’s STD free and is prepared to stop running. In the meantime, you should be running from this relationship.

Translation: I believe that I’ll end up alone and my behaviour reflects this and I will ensure through my actions and lack of them that I drive everyone away. I want to be alone so you will not be sticking around for long.

I say: He’s very pessimistic but I find invariably, people who say this are looking for attention but also have a level of awareness that don’t treat people around them that well. Unless he addresses why he believes this and adapts his mindset, he’ll create a self-fulfilling prophecy while screwing up other people’s lives.

He says: I’ve failed you and you definitely deserve someone who can love you wholeheartedly.

Translation: I have failed you and you deserve someone who loves you. Period – that’s not me. I know my limitations. If you have any sense, you’ll end it.

I say: The man is telling you that he wants out of the relationship in a very roundabout way. By saying this, he hopes you’ll take the baton and call time on things. If you stay, you’ll be on a reduced service. You may think that he’s telling you this because of his doubts but it’s important to split the message –

1) He believes that he has failed you

2) Perceived failure aside, either way, he does not love you. He may love you a little, but it’s certainly not a lot, or enough.

I hope one day if I am ready, you are still available for me

He says: I still care for you.

Translation: I care for you but I don’t love you, however I think that being the type of person that you are, you’ll really appreciate these crumbs of feelings that I have for you.

I say: Let him care from a distance. Guys that say this often use it as a way to keep a foothold in your life while disrupting it. Don’t make the mistake of thinking he’s being reserved about his feelings – he says ‘care’ to ensure you don’t get the wrong idea. You have friends that can ‘care’ about you – you don’t need another one, especially one who may feel like using you up at will.

He says: I have never loved someone so much and you have taught me what real love is.

Translation: I’ve loved as much as I’m capable of loving (which may not actually be that much) and you have shown me the potential of what love could be…but I don’t want it. I’ll now skip on down the road to someone new and use my new found experience.

I say: If he’s a Mr Unavailable and/or and assclown, if he truly has never felt like this, why hasn’t that inspired him to adapt his behaviour? Unless of course real love and the stuff that comes with it like commitment isn’t on the agenda…

He says: I don’t want to ruin what we have.

Translation: I know me and I’m likely to screw this up. The longer we’re together, the more of the real me you’ll see or the more you’ll want, need, and expect from me and discover I can’t deliver. I’m afraid of progressing.

I say: If you guys genuinely have something good, this person may be afraid of it being good. Hopefully they’ll overcome it, but if they have a habit of being like this, they’re likely to sabotage any goodness due to their fear of commitment. If what you ‘have’ isn’t all that good anyway, this shows someone who is a tad deluded and believes he’s ruining a ‘loaf’ when really it’s crumbs…

He says: You’re too good for me.

Translation: Why are you with me? I chanced my arm to be with you but never thought a woman like you would notice me – what’s wrong with you? In fact, there must be something wrong with you if you’re with me because I know I’m no good.

He says: You could have someone so much better than me.

Translation: I know that I am punching above my weight here – you should want more for yourself.

He says: I can’t believe someone like you is with me.

Translation: By my reckoning, you shouldn’t be with me. I see you as A/B/C but if you’re interested in me, maybe you’re X/Y/Z. Maybe you’re not as great as I thought you were/you make yourself out to be. What’s the catch? I’m going to let my disbelief derail the relationship.

I say: The trouble with the previous three statements is that either they don’t believe in themselves and have low self-worth or they don’t believe in you. You’re being put on a dangerous pedestal where the only place to look is down. That’s not a good place for you or them. They’re either not seeing you in a realistic light or they are, and know that they actually mean you no good. They are likely to undermine the relationship, take pot shots at your self-esteem, and bring you down to their level. It’s either that, or their distrust of the situation will kill off the relationship as it’s mentally exhausting doing constant reassurance. You need them to believe in themselves, you, and the relationship.

He says: I wanted to love you.

Translation: I wanted to love you but either could find it within myself to or created reasons not to, however, I’m gonna let you think that it’s something you’ve done that’s prevented me from ‘loving you’. I’ve tried really hard to convince myself that I love you but I can’t.

When they tell you they want to break up versus treating you badly so that you end the relationship
Advice Wednesday #3: Widowed & Hurt From First Relationship Breakup--Can I Trust Again After Mr Unav...
Revisited: Are you on standby? Why you're not Mister / Miss Last Minute Option