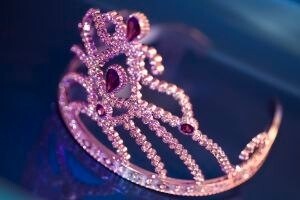 Whilst you may not call it this, if you’re habitually being involved with assclowns or just can’t seem to let go of one, it’s because you’re looking for a ‘happy ending’. I think most of us in our early years have been fed on a reading diet of fairy tales but this seems to have continued into our adult years, and between romantic comedies and societal messaging, we have some really unrealistic ideas and expectations about relationships and the type of guy that will give us a ‘happy ending’.

For a start, the notion of a ‘happy ending’ implies that for women, we are on a quest to find a man and that when we find The One, or The Ideal Man, Mr Perfect, or our Knight in Shining Armour, we’ll live happily ever after. The End.

However, the sun doesn’t rise and set on men and ‘getting’ a man doesn’t signal the end of your story as if all of your life’s desires have been achieved, but for those of you who persist in trying to get an assclown to ‘choose’ you and commit, it can signal the slide of your self-esteem to new depths. It can signal the end to whatever happiness you have left.

Somewhere along the way, the modern woman has rewritten the fairy tale.

Whilst there are various different types of fairy tale and they go back hundreds and hundreds of years, it’s the ‘happy ending’ ideal with princesses that get their princes that has been given a rewrite. In the modern day fairy tale, we ‘princesses’ are choosing ‘assclowns’ and hoping that they make us the exception and change their ways, effectively turning into a prince, so that we can live happily ever after.

In the fairy tale, we’re battling evil and drama with the assclown by trying to love him into being a decent person and seeing something that he either doesn’t know that he possesses or is absent but desired by us.

Miraculously, he’ll have an epiphany, a lobotomy, a mid life crisis, or The Ghost of Relationship Past will pay him a visit in the night and scare the crap out of him, and poof, he’ll come crawling on his hands and knees, begging forgiveness, professing to be a changed man, and whisk us on to his white horse and ride off into the sunset. All of the pain to get there will be forgotten and we can clasp our hands together tightly and say ‘Praise be! He must be a true prince, because he changed his ways just for me. None of those other princesses could get him to do this!’

This repeatedly gets perpetuated by the ‘rom com’ film, where girl meets guy, they have a series of cock ups, misunderstandings, and drama with a soundtrack in the background, and in the last ten to fifteen minutes, some more calamity occurs to throw the stubborn pair together, they share a long kiss, and everyone gathers around for a beach wedding and toasting babies.

I get women saying to me ‘I want to be treated like a princess!’ Do you really think a man who has some pretty deluded ideas about who he is with a litany of bad habits has the capacity to treat you like a ‘princess’? What does this even mean?!

Now I know that there was adversity in fairy tales but they never had to deal with lazy communication in the form of text messages, email, instant messaging, and online dating. In the fairy tale, the prince didn’t swoop in and rescue her when she was in danger, tell her that he’d be back later, and then disappear for weeks or even months on end. In fact, in the fairy tale, they weren’t dealing with men that cheated on them, lied, borrowed, begged, twisted, manipulated, and drew them into a world of contradiction, inconsistency, passive aggression, denial, and an absence of empathy or responsibility. In the fairy tales, they acted with love, care, trust, and respect. In reality, assclowns act with selfishness, single mindedness, distrust and untrustworthiness, and total lack of respect.

In turn, the women that love assclowns act with lack of self-love, too much care for other people, lack of faith, trust, and judgement, and without enough respect for themselves. Why? Because we believe that the perceived reward for ‘winning’ over an assclown will outweigh the pain en route.

We have become obsessed with being the exception. We want our tale to be different.

We have to realise that the fact that we need someone to make us the ‘exception’ to what for them is totally normal, unthinking, bad behaviour, speaks volumes about the type of men that we are engaging with but also the mentality that we are going into relationships with.

We keep seeking validation from men, especially from assclowns.

Unfortunately seeking validation from an assclown means that you end up validating negative beliefs, not positive ones, because the fact that you would seek validation from someone who isn’t really qualified to be passing judgement on you considering that they can’t bring themselves to act with real love, care, trust, and respect, ensures that you stay believing the worst.

And I make a point of saying ‘real’ because as I discuss further in the book, women who love assclowns turn crumbs into overblown loaves of bread. Things that would barely even raise a ripple of movement out of other people take on a new magnitude in your relationship because you haven’t got very much to work off.

When we seek validation from people who can barely see past the end of their noses, it’s a bit like having a valuable property and asking a random person off the street who has no idea about property value and doesn’t give a hoot, ‘How much is this worth?’.
It’s also a bit like leaving your handbag in front of a kleptomaniac and wondering why they take the contents out of it and then wondering what it is about you that they couldn’t resist the urge to help themselves to your handbag.
Somewhere along the way, the lines have become more than a little blurred. When the frog turned into a prince, it was about looking beyond the superficial and realising the substance. In the modern day fairy tale, this message has been lost and instead we are ignoring fundamental characteristics and behaviour that will make it very difficult, if nigh on impossible for us, to forge a healthy relationship.
The frog has become symbolic of taking a man, any man, and no matter how badly he behaves, believing with all of our hearts, minds, and souls, that in there, lies a prince. After all, one day, our prince will come, won’t he?
Your thoughts? Part 2 is now available.
This is an excerpt from How To Lose An Assclown in 90 Days, out Tuesday 25th Friday 28th May 2010.

The Futility of Pursuing the Last Word
10 Things That Make Online Dating Tricky If You Don't Have Healthy Love Habits - Part Two
Guest Post: Why YOU Are The Problem: The Repeater Boyfriend
Share this...