Faux empathy and backdated empathy: When it feels like you’ve been ‘jacked’ 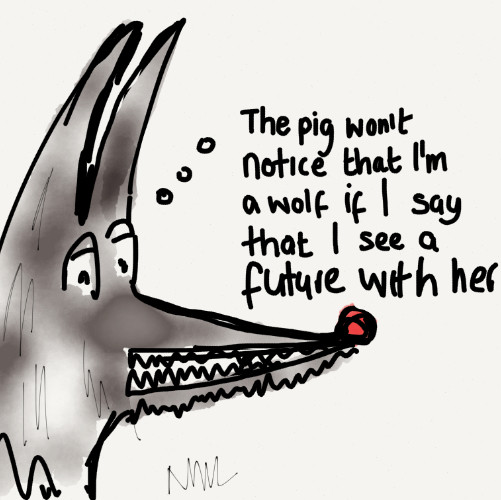 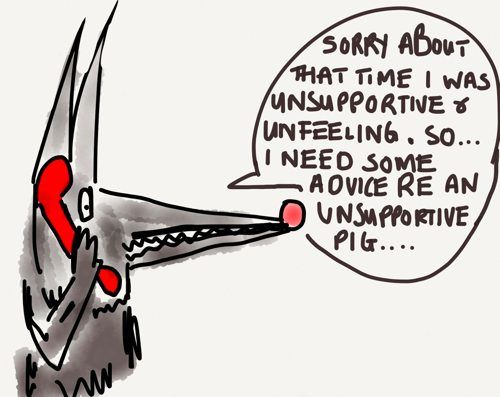 I was laughing with a friend recently about feeling emotionally jacked by somebody. Many moons ago, she’d shared a painful experience with her mother, only be to met with derision and a lack of support. Feeling ashamed and as if her feelings and experience didn’t matter, she felt momentarily validated when her mother appeared to express belated or ‘backdated’ empathy a number of years later, until the whole thing got turned around to her mother only appearing to be empathetic because she wanted my friend’s support and empathy. “She jacked me! TWICE!”

Faux empathy is when a person gives the appearance of being empathetic – so thoughtful, caring, considerate etc – but is doing it in a surface way to extract something from you. If you’ve ever had what appeared to be empathy only for that person to say or do something not long after that left you with your head spinning in confusion, you’ve experienced faux empathy.

One better (or even two, three, four or whatever) ’empathisers’ will take what you’re going through and raise you a ‘I’ve been through it too… and it was much worse…’. They can be emotional and even situational hijackers as you end up forgetting your own feelings and perspective and comforting them. You may even feel guilty or belittle your own experience to inflate theirs.

In its most innocent form, the one better empathiser isn’t intending to hijack but they forget to circle back to you because they’re getting and giving empathy to themselves. They may catch themselves and apologise or feel embarrassed afterwards. In its dodgier form, the ‘one better’ empathiser does what they do because they have to reassert this grandiose notion that nobody’s feelings or experiences are as important as their own. For a few moments you’re a victim and they’re not so they have to snatch back the limelight.

I’ve come across so many people who are still affected by their experiences of abuse, bullying, rape, harassment, and loss because their experiences were compounded by insensitive and sometimes downright awful comments and actions of people from whom they’d expected some level of support and understanding. Backdated empathy can be a good thing depending on the context.

With backdated empathy, the person is letting you know that they didn’t recognise your feelings and position back then but they are doing so now. They might explain why they said or did what they did and express remorse and regret. It can pave the way to deeper discussions and mending relationships. Even if you don’t need their support (or validation) any longer, what they express can give you a renewed sense of peace and closure.

Where backdated empathy gets pretty dicey (and like a double smack in the face) is when it happens because they’re now experiencing similar (or just going through a very difficult time) and they want your empathy (and possibly sympathy) and they’re even ‘one-bettering’ you too. You always know when this has happened because in spite of any initial feelings of validation,  you feel used and possibly worse than you did before. It’s likely that they won’t want mention of the previous incident and will get defensive if you do.

With my own experiences of this version of backdated empathy, I’ve come to recognise that the people knew that it would be difficult to broach the subject and get support without acknowledging what I had been through and without half-heartedly acknowledging that at the time, they had suggested that it was my fault or that they hadn’t been particularly supportive.

It can feel good in these situations to empathise with them even if they’re not the most empathetic of creatures because it feels mutually beneficial. You may inadvertently gain insights into your own experience or just feel unburdened. It might not matter if you never discuss it with him/her again because top line, on some level they acknowledged that they did you wrong.

It may simply be you being able to acknowledge that this is who they are, their behaviour wasn’t about you, and you ultimately being able to empathise enough with them to recognise their own position now and in the past. They can’t fix or change the past but you don’t need them to because you’re OK with you.

On the flipside, it will hurt if you don’t get the validation you hoped for, or you may feel cheated and it reopens the old wound. You may feel invalidated, misunderstood or unsupported all over again. You may have expected reciprocal empathy and it turns out, they’re not really interested in understanding your perspective or position or that they’re just limited. It may be that you thought that they might own up to other instances of the same treatment but instead they deny or compound them. It could just be that you saw this is a gateway to a changed person and a relationship and are disappointed, or it could be that this all hinges on what amounts to them admitting, ‘You were right and I was wrong’.

When you’re faced with somebody who struggles to empathise with you and possibly makes a bad situation even worse, it’s extremely frustrating especially because they may still expect you to agree with their perspective and to gain your empathy and support when needed. It also feels as if, Hold up! So if I’m gonna get any empathy and support from you, something bad has got to happen to you?

Bearing in mind that my daughters (4 and 6) have been learning about empathy at school (and of course at home) and will continue to do so in the on-the-job training journey that is life, learning to recognise the feelings and perspectives of others by attempting to put yourself in their shoes or at the very least listening, is not something that has to wait until adulthood or until you’ve gone through all manner of drama. For instance, we don’t need to have gone through a specific type of loss to recognise how painful loss can be. When I hear stories of how unempathetic people can be about heartbreak, a divorce, the loss of a pet or the bereavement of a loved one, I want to shout, ‘IT’S A LOSS!’

But do learn to recognise who is and isn’t supportive in your life. Some people can’t give what they don’t have or what they’re ill-equipped to do. It is easy to fall into the trap of, ‘People should _____’ or ‘If it were me ______’ and then continue to expect different from them but you’re only setting you up for pain. I know who the drainers (you know those people who you literally feel yourself going ‘flat’) and hijackers in my world are and I protect myself. This is better than me pressing reset and expecting change. It’s also important to note that when you have your own back, you are far more adept at recognising crumbs of anything because it will be less than what you’re doing for you.

Podcast Ep. 259: Let's Talk About Overgiving and Overcompensating in Our Relationships
Podcast Ep. 200: The One Where Nat and Em Hang Out
Revisited: How To Avoid Being a Passing Time Candidate - 30 Signs That Somebody Isn't Interested Or ...