For some of us, if we don’t have to hustle, we don’t feel interested 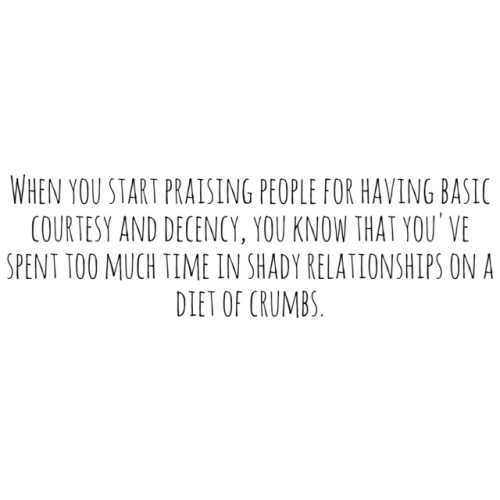 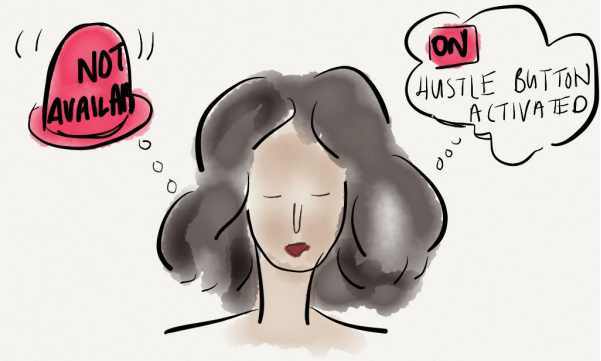 I feel for the men and women of this world who are bagged and tagged as ‘nice’ – a very vanilla term incidentally – and either discarded for not being ‘exciting’ (this is often fear, uncertainty, drama, ambiguity, and anxiety mislabeled ), or are held on to as passing time candidates aka fallback options. “I don’t really feel that interested in him/her and I don’t feel the chemistry / fireworks that I did with [the unavailable ex who may even have mistreated them] but I’m going to keep dating them in case I start to feel it soon and/or no one better comes along”.

It’s the scarcity mentality: in a situation where we’re trying to figure ourselves out at the same time as trying to date, we’d rather collect people and put them on layaway than be willing to delve into our own feelings and thoughts and make a decision.

We think that decent people are in a short supply so we’d better hold onto someone we regard as decent even if we’re not interested for fear that if we let this one go, not only will somebody come along and snap up this person, but we’re also afraid that we’ll be left empty handed and regretting not settling. We only look at things from our perspective and forget to consider whether we would want to be treated and regarded in this manner. Ironically, we’ve likely experienced a Mr or Miss Unavailable’s ambivalence but don’t recognise it in ourselves.

I hear from so many people who go on 0-3 dates saying stuff like, “They seem really available” or “We have a lot of shared values”. Now of course this may be true in the long run but it says a lot about our previous partners when we can go on a smattering of dates and are going on about how ‘available’ they are. What kind of exes did we have?

Availability is about whether that person is emotionally, physically, mentally and spiritually available for a mutually fulfilling relationship. People unfold. Most of us are ‘available’ for all sorts in the beginning – it’s what comes next and consistently that matters.

The fact that we’re not triggered into jumping through hoops doesn’t mean that they’re The Nicest Person On Earth TM or super available or even boring. Only being in the present is going to help us understand who they are. The danger is, when we’ve been living on a diet of shady relationships, it’s easy to inflate what to other people might be some pretty basic stuff and then benchmark partners against it.

Really, what the frick is the world coming to when we’re benchmarking people for basic decent behaviour? When we start crying or feel genuinely surprised at being treated in a kind, caring, compassionate and loving manner, it’s a sign that we have not only been neglecting ourselves in some way but that we have also stayed in shady relationships past their sell-by-date.

When we’ve derived our power and even worth from sex and then try to ‘settle down’, it’s not unusual to find ourselves claiming that a ‘healthy’ partner doesn’t do it for us. It chimes with this idea that there’s almost no point in bothering with improving our self-esteem or relationship habits because we’re either going to ‘dry up’ or be saddled to somebody who we don’t feel attracted to.

What’s missed is that when sex has been the source of our power or what what the relationship relied on, regardless of whether the new relationship is healthy or not (it takes two to make a healthy relationship…), if we don’t have to objectify ourselves and use sex as a lure with this particular person, it means that the cues and triggers will not be present for us to have the excitement associations or to feel invested in the situation.

With this particular pattern of thinking and behaviour, we need the threat or at least the possibility of [the person/relationship on offer] being snatched away. That threat doesn’t exist if the other party doesn’t have a dodgy agenda or quite simply, isn’t heavily reliant on sex. In reality, all that we truly know in a situation like this, is that we don’t have to hustle. That’s it.

Mr and Miss Unavailables feel most attracted to and in need of the person and the relationship when there is a lot of uncertainty and they’re in danger of losing it. They associate desire with the out of control feeling. Once they feel in control, they often lose interest simply because they perceive the other party to want, need and expect more than they can deliver. They feel suffocated even though they’re not being. They may even lose respect for the person and do things to undermine the relationship.

For some of us, if we don’t have to hustle, we don’t feel interested. We conveniently forget what ‘hustling’ represents – uncertainty, ambiguity, pain and loss of self through fighting our corner.

When we spend our time comparing something we’re in to something unhealthy, it’s easy for it to look like the best meal we’ve ever had because we’ve been hungry, possibly starving for a while, but that’s not really based on engaging in and judging the relationship on its own merits. If anything, we miss the point because we’re still coming from a place of focusing on what we’ve left behind/what we don’t want instead of what we do want and the direction that we’re headed.

When we try to figure out whether we’re not interested or whether our fear of vulnerability or commitment is blocking our interest, it’s a moot point because either way, we need the self-awareness and self-knowledge that comes with being willing to listen to and be ourselves, to help us take up a position.

Yes it’s a good idea to date healthier, available people after realising that you’ve typically been involved with unavailables but – and there is a big but – there’s no point in doing this if you don’t have the thinking and behaviour to support this. You need to be emotionally available and so willing to be you and in touch with your feelings, thoughts, values etc, not just available to be ‘picked up’ by someone. If you’re not, you’ll just be going through the motions and possibly forcing you to do something that on some level, you’re telling you that it doesn’t feel ‘right’ and that’s because even though you may recognise to a degree that being in unavailable relationships isn’t working for you, you may still be working with the same associations in the background. In your mind you may be going, ‘Chasing, ambiguous = will have to work harder for this = chemistry and interested. Chasing me but not ambiguous = too keen = seems strange and unfamiliar = not interested’.

If you can’t work out whether you’re interested or not and you find it difficult to understand what you want or decisions that you’re faced with, it’s a sign that you need to increase your knowledge of you so that you have the increased self-awareness that you need in order to act in your best interests and also live in line with your values. If you don’t, not only will you end up feeling confused and anxious while possibly loitering in the relationship while you try to figure out your next move or line up someone else, but you will place too much reliance on partners to tell you who they are because you won’t trust you to judge the situation based on them showing you who they are or you even showing you how you feel and think.

There’s no easy answer to this but if you can’t figure out if you’re interested and struggle to know what you want, take at least a little time to get to get a reading on who you are including what you need and want, as well as how you feel – a Feelings Diary for even a few weeks will give you some insight into what you’re experiencing as well as a greater sense of command of you.

We must stop reinforcing shame. It's OK for us to like and love ourselves.
You're seeking the feeling, not the thing
Podcast Ep. 189: Let's Talk About Chemistry