Getting Over Him When You Thought You Were Friends Part Two 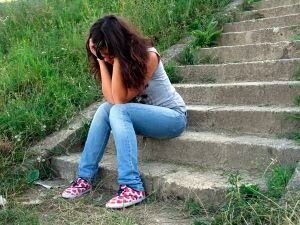 In part one of my two part post on getting over an ex when you thought you were friends, I explained about one of my worst experiences of the so-called ‘friend’ dynamic and how the contradiction of my exes behaviour, combined with my own misery and inability to move forward, finally gave me the realisation that we weren’t actually friends.

One of the painful aspects of this process of reconciling the reality with the illusion with your grief is that you can feel a bit lost at sea – in realising that everything that you have based your beliefs about him and your relationship may be on dubious foundations, you suddenly feel that your sense of reality and your memories have become distorted.

In truth, whilst it’s painful at times, they’ll actually just shift into focus and make it clearer.

It won’t be that you won’t be able to remember the times when you laughed, or felt good or whatever; it’s just that your feelings and perception of the situation will have evolved enough to not only see things for what they are, but you’ll also be averse to just focusing on the good times any longer.

All I kept thinking of so that I wouldn’t start romantising and rationalising things was:

Friends don’t try to eff you in any way, shape, or form. I don’t have any friends who spend their energies trying to get into my knickers…

We’re human, we make mistakes, we say and do things that don’t always go down well with other people, but if we’re decent enough, we’ll hold up our hand and acknowledge our mistakes and how they may have caused distress to someone who we call a friend.

Like I’ve said many a time, we don’t live in happy clappy land, and sometimes we exchange cross words with a friend or occasionally feel let down. True friendship can overcome and surpass this.

Fake friendship with an ex, however, you’ll find that much like when you were involved with them in a relationship, when you’re outside of it, it’s still on their terms.

A real friend will be happy for you even when they are not a part of the reason for your happiness.

The mistake we can make is assuming that because the relationship has been downgraded to friendship, that the lack of pressure and expectations that come with friendship compared to a full-on relationship, will see an upgrade in their behaviour because you are friends.

This is particularly the case if you’ve watched him bend over backwards for his friends or listened to them sing his praises about how the sun shines out of his backside, all the while wondering when some of the rays of his sunshine are going to fall on you.

You feel hopeful that this ‘fantastic friend’ who you may have damn well near lost your mind over will at least be a better friend than he ever was a boyfriend.

Many of the friendship pursuers can be so convincing and heartfelt, you believe their intentions. And actually, maybe they do as well.

But much like everything in life, one persons version of something and your version of it may be two different things.

Our mistake is not that we may be decent people with a strong sense of friendship, faith, and giving the benefit of the doubt. The mistake is to blindly pursue something assuming that what you feel is what they feel and how you perceive something to be is what they perceive it to be, and effectively not adjusting your perception or your behaviour once it becomes evident that they don’t play by the same rules.

Instead of processing the information that their behaviour gives off and deducing that friendship is not on the agenda, many of us instead find that we are wondering why they aren’t a friend in the way that we want them to be a friend, and even internalising their behaviour and reflecting it back to us.

In the end though, one of the things you finally realise when you’re ready to truly live and move on and heal from a broken relationship, is that if you truly are planning to move on, is there any real point in clinging hard to someone from an old relationship, especially one that has a lot of negativity tied up in it with someone who isn’t keen on being aware of their own behaviour?

Aside from their own behaviour, if you hold onto the friendship and continue to put a lot of energy into maintaining it, can you say that you’ll be truly happy for him if his happiness ends up involving someone else?

If you want to actually move on and be in a healthy relationship and love and be loved, you need to let go of the old relationship.

If you are holding on tight to the old relationship, even if it’s in the new form of a ‘friendship’, you do have to ask yourself how ready and willing you are to move forward?

If it takes so much time and emotional energy to have this person in your life, isn’t it better to let go, grieve, and move forward?

This is why we have to start believing in ourselves and the prospect of life getting better.

I believed that there had to be better out there for me than what I was getting. I believed that I had good, solid friendships and that even though it would be painful, in the medium and long term, remaining friends and having to put the energy into it on an ongoing basis, would only serve to detract from me.

Not every ‘friendship’ or ‘relationship’ is built to last. We evolve, we outgrow. Some ‘friendships’ are reflective of a time in your life that you’ve become distanced from. Holding onto them will only stunt your growth or trap you in the past.

Ultimately we also have to reality check ourselves and ask whether we’re trying for friendship in an effort not to just keep them in our lives at any capacity, but to also stem the feeling of rejection, and quietly harvest the possibility that if we stay in their lives, they might just one day recognise our greatness and we’ll be there to reap the benefits.

As always, this is about having boundaries and also keeping it real. Shifting from illusionary relationships to illusionary friendships is a recipe for pain and being taken advantage of.

I didn’t want to look back anymore and I had to place enough trust in myself, that if we were truly meant to be friends, it would happen some day in the future, just not now when there were clearly residual emotions lingering and he clearly was not going to do platonic friendship in the way that I wanted him to. To keep pursuing this friendship whilst experiencing further pain, would be like putting my hand in the fire repeatedly and wondering why I was being burnt.

Don’t overcomplicate it. It’s one thing if you break up with someone and they stay respectful about friendship and not chancing their arm for an ego stroke, shag, or a shoulder to lean on. But if they are basically extending behaviour that you’re all too familiar with, take it as your cue that there needs to be distance between you both. Yes it will hurt but remind yourself of what you want versus what you’ve been getting and remember that if you have him in the background, physically or mentally, you’re helping yourself to elude the possibility of a real connection and love with someone else.

Funny enough, as I moved on with my life, the friendship faded out and he pretty much stayed the same. I’ve never had a moment where I thought ‘Ooh, I need a friend right now, I’ll call up X because he’s blah, blah blah’ because he has nothing to offer me. One day, you’ll realise that about your ex too. For now, let go and feel the pain so that you can move on to something real.

Chasing Crumbs & Perfection: In Pursuit of The Fantasy
'I Can Change Him/Her' syndrome: Don't tie your worth to trying to control the uncontrollable
Understanding the The Cheater