Having Their Cake and Eating It Too: Why It’s Best Not To Give Out The Cake In The First Place 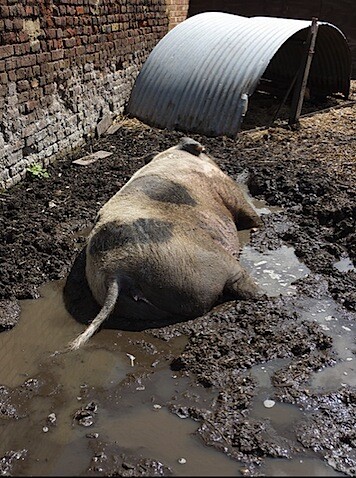 I’ll admit that I’ve rarely taken relationship advice from my mother as if I had listened to what has often been outdated, claptrap that she no doubt listened to herself, I’d be married to or divorced from a Mr Unavailable, working as an accountant and wondering “What’s wrong with me?”. However sometimes, she’s inadvertently delivered some real gems that are usually sarcastically right on.

One such occasion was when I admitted I was seeing the guy with a girlfriend. Spookily she was almost an identikit version of the mother to Savannah in the book and film Waiting To Exhale, who thought the cheater was a “good man” and when I lamented the fact that he hadn’t left and how he was taking advantage of my good self, she flippantly said “Well if you had the opportunity to have your cake and eat it too, you’d eat it wouldn’t you?”

I’ll freely admit that I had myself down as a woman that was being taken advantage of and being ‘forced’ to put up with rinky dink behaviour out of ‘love’. I’d even convinced myself that it was the extraordinary circumstances of our ‘love’ that had him having to make a radical departure from what I liked to believe was his ordinarily honest self. But when my mother said those words, I smarted in embarrassment because there was something I couldn’t escape:

Yes, he was certainly hoovering up the cake like there was no tomorrow and even luxuriating in it like a pig in sh*t, but any cake he was eating was cake I was freely giving out. I was the cake, or at least my lack of boundaries and self-love were.

Would I eat the cake if it was being offered? I’d like to think not although as someone who used to say I’d never be involved with a cheat, it’s safe to say you don’t know what you’ll actually do when you have poor boundaries and self-esteem and get an ‘opportunity’ to feel deprioritised and then seek validation.

The truth is that just because ‘cake’ is offered, it doesn’t mean that the person has to avail of it. I could pass a home with the front door left open and I wouldn’t suddenly turn into a criminal and let myself in. Someone can act without enough self-respect and I wouldn’t think “Hmmm, let me see how many ways that I can exploit this opportunity.”

And there’s an important lesson in there: When you’re handing out cake left, right and centre and subsequently beating yourself up over it, it’s easy to go down the route of believing that it’s something in you that caused them to avail of it, when actually, they’re only doing what they’re predisposed to do anyway. You haven’t got that kind of power.

I’ve heard from readers who have literally been throwing themselves at someone who is flat out saying NO, backing off and even cutting contact – that’s someone who is saying “Er…thanks no thanks.” They’re uncomfortable, for whatever reasons that might be.

I’ve also heard from some that have been offering the cake and the other party isn’t taking as much as they’d like them to (although they’re still taking it) and throwing out excuses and half-hearted protests because they’re only half heartedly interested or happy to pass time with you. If you keep offering the cake in this circumstance you end up like a telemarketer that thinks they can keep rebuffing objections.

However, while it is wrong for someone to avail of the cake that arises when you have self-esteem issues, little or no boundaries, and unhealthy love habits, the responsibility ultimately does lie with you to not be providing the cake in the first place, or at least having the good sense to snatch it off the menu, or slim down the rations (create consequences).

You can go up, down, round it, whatever, and put all the focus on them in the world but people can’t eat cake that they don’t get given. The only circumstances where that’s different is if they steal the cake but that’s very different to actively participating in the name of ‘love’.

Yes you might have only been intending to give them half a slice or half a cake and they ended up stuffing in way more, but this was always a risky move, especially when you didn’t rein yourself in. Often we think that if we give out the relationship cake freely that at some point it will be ‘enough’, they’ll be sated and full, and in turn, we’ll be enough.

Instead, we get left hungry especially because people that gobble up your cake will often offer you back some crumbs in return. Cake doesn’t get matched with cake.

If they find they can keep going back to the all-you-can-eat-relationship buffet, they will until a sign goes up on the ‘establishment’ declaring it closed down or there’s been a change of menu. If you don’t like what they’re taking, it means you don’t like what you’re giving.

Don’t set yourself up to fail by giving out cake that ultimately causes you to feel devalued. Start as you mean to go on because there’s no point letting it all hang out and then trying to close the door after the horse has bolted. The tone has already been set. The type of person that will gorge themselves is the type that chances their arm by pushing the boundaries and taking big risks to see what they can get away with. If the risk pays off, they’re quids in. If it doesn’t, they’ll either seek cake elsewhere or try for a smaller piece…

It would be better when they attempt to take more cake than they should (if any at all), that they get met with your proverbial hand obstructing them – boundaries.

You’re never going to feel confident about yourself and your value if you keep waiting for others to do what you can’t even do for yourself. Don’t wait for others to ‘do the right thing’ – put the cake away. You’re good enough without having to give out all the unnecessary and rather damaging ‘extras’.

Check out my ebooks the No Contact Rule and Mr Unavailable & The Fallback Girl and more in my bookshop. Image credit: Danny McL on Flickr – Pig I Shit on Hackney City Farm

Relationship advice: Why is she the girlfriend and I'm the Fallback Girl/Other Woman?
Don't try to get romantic partners to step in as parental replacements. It will only lead to pain.
Sometimes 'Sorry' means 'Hurry the hell up & accept my apology so I can stop feeling bad about it'