He broke up with me: Is he an assclown? 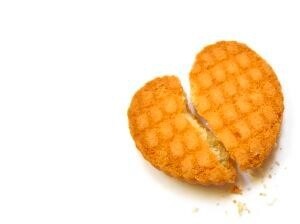 There is a tendency when we feel more than a little ill done by for some of the poor choices that we make, to tag a man as an assclown…even when he’s not, and that’s simply because there is a general assumption by women who have a habit of pursuing poor men and relationships that each guy has the potential to be the one, or that they have to continue expending energy on a relationship when it’s flat out dead, and a general issue with letting go of things.

However, this isn’t just about understanding when a man isn’t an assclown, it’s also about recognising that you can’t cling onto every man and relationship because breaking up, whilst horrible, is a part of life and we can’t just decide that we’d rather stick with poor relationships because we’re afraid to let go and are resistant to change.

Whilst change can be uncomfortable, it doesn’t mean that you shouldn’t do it.

In the book I explain that “You’ll be outraged and indignant that he’s not still there with you wanting what you want. You’ll think about how you feel, and wonder how he can’t feel the same way. You may wonder if there is someone else or whether he’s confused/scared/having a moment and be plotting how to get him to come around to your way of thinking. You’ve already decided that you’re more than happy to try, to keep working at the relationship and you can’t understand why he doesn’t want to try. Or you may be using every expletive under the sun as you rage at yourself and anyone else who will listen about the fact that the relationship has ended.

Whatever it is that you do, you may have got it into your head that he’s an assclown because he had the cheek to end the relationship, and I’m here to tell you that, yes whilst some men are complete and utter assclowns when they break up with you, in general, a man breaking up with you does not an assclown make.

Hard as this may be for you to digest, not every relationship has potential or is built to last. Relationships do end and annoying as it may be, men are allowed to end relationships and break up with us.

YOU may be OK with middle of the road, mediocrity, or constantly trying to ‘make things work’ but the fact that he doesn’t share that same desire is not a crime and it certainly doesn’t make him an assclown.

You have to ask yourself why you want a relationship with someone that doesn’t?

What are you seeing about the relationship that he doesn’t?

What is he seeing about the relationship that you don’t?

Ultimately, the biggest thing that you have to accept about breaking up is that it’s not just about what you want.

The difference between a man that breaks up with you and an assclown that breaks up with you is how the latter man treats you in the run up to the breakup or afterwards. To be honest, if a relationship is ending, it’s difficult to make it a ‘pleasant’ experience, but that doesn’t mean that a guy should treat you like crap till you get sick of him and dump him, cheat on you, or dump you and then keep trying to keep a foothold in your life so he can get you to break him off a piece when it suits.

We, that’s men and women, are allowed to change our mind though, and at the end of the day, it doesn’t matter what things were like six months ago, two years ago, or that he said he was crazy about you six months ago, because something has changed, and he’s not crazy about you now and that’s what matters. We have to be careful of becoming fixated on trying to re-ignite a flame or feeling that has been extinguished or possibly didn’t exist…

You know I’ll call a spade a spade, but the fact that you don’t want it to end and he does, may be more of an indicator that one of you has a firmer foot in reality than they do in the relationship that only you want.

Are you comfortable with your status quo?
Quiz: How Commitment Resistant Are You?
I Need You To Not Play With My Affections
Share this...