How Bad Do Things Have To Get? 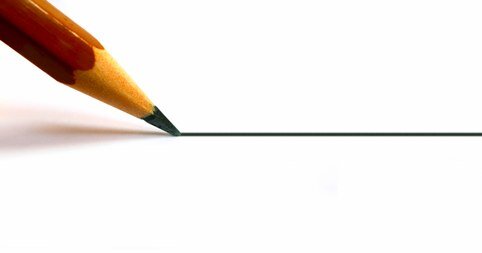 Every few months or so, I experience a stressful patch with work where I feel overwhelmed and frustrated. It’s during these times that I come up with constructive ways to deal with the issues that do end up making me feel somewhat better and improve things, but I did laugh to myself when I realised that griping about work has become my replacement for griping about my love life.

An acquaintance who was involved with someone who I don’t recall her ever being happy with beyond the first couple of months were together a couple of years. Like clockwork, I could predict when she was going to start the whole ‘I’m sick of this. If he doesn’t sort himself out, I’m gone!’ declarations and when I asked her why she was staying, she said “Truthfully, I don’t know. I guess things are not bad enough yet”.

When I asked someone else why she would keep going back to someone who blatantly uses her for sex that she regularly complains about, she said “I’m giving myself time to get used to the idea of us not being together”.

Another friend has declared that he hates smoking and he’s going to give up in January. Obviously he doesn’t hate it that much…

What’s common to all of these situations is that it appears that whatever we perceive to be ‘really bad’ hasn’t happened yet.

I know that if I was experiencing painful consequences that put me in the do or die position, I’d have made some very drastic changes. If my acquaintance’s fears were not so big or she hadn’t hid behind his problems, or he’d done that imagined ‘Thing’ that she believed would galvanise her into dumping him, maybe she’d have been out of the relationship sooner. If the arbitrary time that the woman thinks she will get used to the idea of not having sex with him arrives (while continuing to have sex with him), she will move on. The friend who is giving up smoking in January, maybe doesn’t dislike smoking as much as he claims he to, but if he experiences a negative consequence to smoking in the meantime or can be very determined, then maybe he might. I should probably mention that he periodically says he’ll give up but doesn’t…

It then occurred to me when I was pondering how to get uncomfortable and make some big changes with my work, that when we Stay and Complain, we’re about a hop, skip, and a jump from being complacent.

While you can wait around to feel the pain and be forced into doing something very different and making the change, why should we wait around to experience worse than what we already have before we’ll pull our finger out and declare enough and actually do something?

Like a lot of women, when I used to date Mr Unavailables who dodged commitment with ease, when I ‘woke up’ in barely there relationships where I didn’t know where I stood or that were more casual than what I claimed I would like, I assumed it was because it must be what I want, after all, if I didn’t want it, I’d be out of the situation. With other guys where I declared my frustrations but stuck around, there was a part of me that believed that if it were ‘that bad’, I’d be out.

This is of course complete bullshit.

The truth is that often things are ‘that bad’ or bad enough but we’re planning to deal with it at some point but not today, or we’re hoping that another solution that will not require us to get too much out of our comfort zone will materialise, or that if we keep plugging away or doing little things that it’ll be enough to make a difference. That…and we bullshit ourselves.

Our lives are full of habits and we are creatures of habit, even if they are bad ones that work against us.

In an ideal world, we’d like to switch from one set of habits to another with ease but it doesn’t work out this way because to switch to other habits, we have to get behind our choice and consistently do the stuff that creates the new habit.

For me, that’s delegation, re-organising myself, riding my arse like Zorro over my time management, and ensuring that I have realistic expectations of myself. This means lists, planning, and more.

For the woman who is Staying and Complaining, she made a resolution to either zip it and accept or get out. Turns out she couldn’t zip it, so she’s out.

For the booty call girl, she had her wake up call when she acknowledged that she was objectifying him in a way that she wouldn’t like to be objectified. She also realised that continuing to have sex with someone to get used to the idea of not having sex with them is straight up relationship crack. There was never going to be the perfect time. It’s like saying ‘I’m addicted to coke but I’m going to snort lines for a while longer until I get used to the idea of not doing coke’.

For the guy who says he’s giving up smoking in January, he admitted that while he’d swear blind that he means it, he recognises that he’ll know he’s really giving up, not when he announces it in advance, but when he just gets up and stops without fanfare.

There is no ‘perfect time’. While there is the possibility of things getting ‘worse’ don’t get complacent and decide that because you’re doing OK now that it’s not that bad. Either it’s not as bad as you say it is which means you’re exaggerating and saying stuff for effect, or things are not working for you. You’re existing, you’re managing, you’re getting by, but you don’t like how you’re doing it.

While it’s good and necessary to have limits to what you will put up with, make sure that you are not relying on the ‘outer limits’ where you’ll put up with and do a lot of destructive stuff before you would even consider making the necessary changes.

One of the things that I learned through my relationship experiences and building my self-esteem is that imposing very firm limits and listening to yourself means that you have to use the cues and signals that come with some lesser but nonetheless notable signs, to make uncomfortable decisions that while they feel painful to do, are in your best interests for the medium and long-term.

And that’s actually another indicator of when you really have to put your foot down – if what you’re doing sorts you out for the short-term but doesn’t do anything for you beyond that. This indicates short-term thinking which will get you by, give you short-term fixes and thrills, but will have you returning to square one and being trapped in your own insanity.

I have work insanity, others have relationship insanity – we all have habits that we engage in that cause us frustration and yet we don’t do anything about them. The key is recognising the ‘topline data’ which is the key overall ‘symptoms’ of your situation. Many of us get lost in the details, investigating the other persons problems, looking for understanding of why every last little thing is happening and rationalising the situation by finding even the smallest of anomalies to justify why our situation is different, why the person is an exception to the rule etc.

The presence of the frustrations in my work habits are a red flag telling me to adjust my habits.

The presence of the flip flapping, commitment dodging, and general emotional unavailability of my acquaintances boyfriend are a red flag telling her that they are incompatible and unhealthy. She can investigate the crap out of why he is this way but that would be missing the point.

The woman being used for sex in a situation where she had actually wanted a relationship and he sees her as nothing more than someone to pass time and get his rocks off with is more than enough information.

The fact that he has wanted to give up smoking quite a few times but hasn’t, doesn’t mean that he wants to smoke but it does mean that he will need to be tactical as well as working on the right mindset.

You don’t have to wait around to be really uncomfortable or be in immense pain. It’s your job to listen to yourself and heed the signs of your discomfort. Don’t fall into the trap of complaining but not really doing anything about it because the reality is, if you ignore the signs, you’ll keep revisiting the issue until you finally learn the lesson that the situation is throwing you.