How Much Time Are You Actually Spending Thinking About YOU? 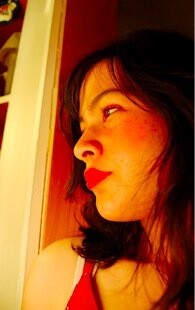 I get a lot of emails that have a couple of recurring themes: that they either can’t get over someone and/or they have been trying their damndest to get on with their lives/love themselves but it’s still not happening. While sometimes it comes down to impatience and not having given it enough time, often it’s the case that we’re not being entirely honest with ourselves which is why I encourage people to go on The Bullshit Diet so that they can drop the illusions and be authentic.

Often our mental energy is consumed by other people and things that we either have no control over or are a distraction from us.

Take Susie – Her year long relationship ended 14 months ago and she says she can’t get over him, and that she’s read everything on this site and others, tried various things and has been doing her best to move on but ‘can’t’. In the meantime, he’s moved on. Now I’m not saying she hasn’t tried, but it didn’t take long to blow this whole thing wide open. So I asked:

Over the past 14 months, how much time has been spent thinking about them?

Other important questions: When you are thinking about them, what is it about? Imagining how different things could be if only they changed? Putting them on a pedestal? Analysing what they said and did to try to figure out where you went wrong?

If more time is spent thinking about them than you, you are engaging in avoidance and if you continue with a cycle of ‘thinking’ and obsessing, not only will you find reasons to blame yourself, but you won’t process the information, accept what has happened and move forward.

How much time has been spent thinking about you? Focusing on you? Of that time, how much of it was positive?

Susie admitted that it’s only in the past 3 months (that was when he told her he’d met someone else) that she’s actually started trying to move forward but admits that while half the time she does focus on her she is being positive, the other half of the time she is being negative and blaming herself for what coulda, shoulda, woulda been ‘if only’.

What’s the longest period of time you’ve gone before thinking ‘Ah sod it! Woe betide me! Maybe I should give him a call/send a text/reach out to him’?

3-4 weeks max. In a 14 month period, this is a very short period of time. She stopped acting on these urges 3 months ago and said he has mostly gently and at times firmly rebuffed her contact.

What’s the longest period of time that you have felt happy, positive, personally secure and just generally ‘good’?

Susie said it was no more than a few weeks and that she hasn’t felt good about herself for a very long period of time.

That’s the same for anyone struggling to get over someone or to get focused on something or themselves: If you give the majority of your headspace to a distraction, to things you have no control over, to irrelevant stuff, to less important stuff to another person that clouds out you, you’ll end up treading water and not accomplishing very much.

You may think you’re applying yourself because the little you do feels like a lot of effort, but if in context, it’s being diminished by thoughts consumed by someone else or negative stuff, you’re negating those efforts.

You see, while it’s natural to spend time thinking about an ex, especially when the breakup is fresh, eventually you have to take the focus off them and bring it back to you, and if you have to do that forcibly, so be it. Sometimes pain is a security blanket.

Getting over someone, learning to love yourself, filling out your life – all of these things take application and the reality is that application and results don’t happen when the majority of your time is spent thinking about someone and things that you have absolutely zero control over or don’t bear a constructive relevance to your present and future. That’s not to take away from whatever efforts you have made but it’s time to have an honest conversation with yourself.

Stepping outside the relationship box for a moment and looking at life in general, nobody gets anywhere or does anything if their mind isn’t thinking about the thing that they need to do. If you rely on it all happening unconsciously or it being sandwiched between the pain, you end up with mixed results. If I have something that needs to be done this week and I spend the majority of my efforts doing and thinking about something else entirely, lo and behold it doesn’t happen. Multiply that over weeks and months and you can see where it’s heading.

Susie may well have read everything and anything to help her, but the truth is, she’s given it limited application and when some things are a bit too close to home, she just filters them out.

Sometimes we don’t realise that we’re not as focused on ourselves as we should be. It becomes habit to be consumed by someone else so that we don’t even notice. We need to be present for our own lives and wake up. There are periods of my life that are hazy – I was so consumed with ‘love’ and pain, everything was out of focus, murky, blurred, tinged. You don’t get that time back. It’s totally OK to be hurt, it’s totally OK to grieve your relationship but don’t make it your ‘role’. Take the focus off them and bring it back to you.

Recommended reading: getting out of stuck – what are you doing to bring love into your life? Ideal reading for anyone who thinks they’re ‘busy’.

After The Breakup: Do You Need To De-friend Your Ex on Facebook? Dealing With Your Ex’s and Obsessio...
Raising Your Dating Standards: Why you shouldn’t be OK with lazy communication via text, email etc
Exhale, Embrace, Enjoy!