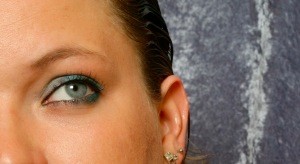 Being the other woman to a man with a wife or girlfriend is a tricky relationship – I should know, I’ve been there (read my tale on my journey from being the other woman to happiness) and have corresponded with many women in the situation. There are lots of all too seemingly obvious reasons why being involved with an attached man is hazardrous, but if you’re already there, here are my tips for survival:

1. Have your escape route from the affair planned. If you have any sense of self-worth, don’t be banking on being the other woman forever. Either get the commitment you want and be the starring role instead of the understudy, or get out. Set a time limit and stick to it.

2. Don’t burn energy making empty threats. Sometimes an ultimatum is needed to bring things to a head, but if you have no intention of actually following through – you’ll look like a dipstick and then he knows that he doesn’t actually have to make a decision. An ultimatum is an ultimatum for a reason which means there should only be ONE.

3. Do tell someone about the affair but do ensure that you tell someone who isn’t going to blow the lid on things. Keeping things to yourself will be a big strain emotionally and you need someone who you can confide in, sanity check things with and who will also tell you that you should be doing better. You need to be careful of becoming isolated in the relationship and also being trapped by your feelings.

This post was originally published back in 2006 and had a phenomenal response which caused it to be taken offline to due to big demands on the server. It’s now available if you want to see all of the original 700+ comments.

The Life Lessons: How relationships teach us more about ourselves
How Attempting To Get The Wedding Dress I Paid For Gave Me A Crash Course In Shady Relationships
Podcast Ep. 146: Are You On a Slip 'n Slide With Your Boundaries?