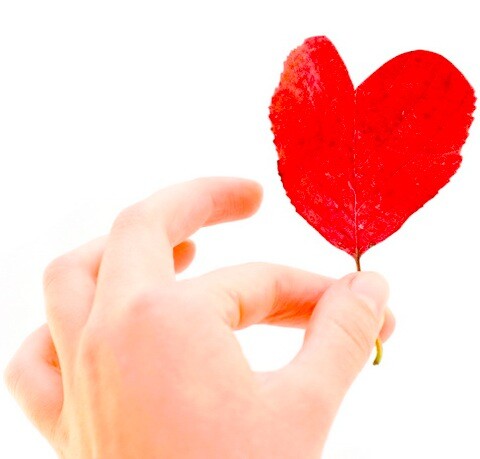 I’ve only had good self-esteem for almost six years. The difference between me now and back then is that I believe I’m a person of value, that’s worthwhile and worthy of being treated decently and I have enough confidence in myself that I will do whatever it takes to behave in line with that value and steer clear of anything or anyone that detracts from me.That’s the very basics of self-esteem.

All I have to do is look at a ‘relationship resume’ that reads like a series of bad romances on fast forward as a reminder of what happens when you bowl around looking for love in the wrong places trying to make people create feelings in you that you should be creating for yourself.

When you have low self-esteem, when you follow the path of your choices and actions and your thinking and beliefs behind it and get right down to the starting point, it likely says ‘I don’t believe I’m good enough’.

In feeling this way, you just can’t believe that you’re a person of value, that you’re worthy of a better relationship, that you deserve to have your boundaries respected or to be able to vocalise your concerns or opinions. You’ll be cautious of people that don’t have similar outlooks and if you get involved with them you may think they’re ‘too nice’ or even privately wonder why the hell they’re making a ‘bad’ investment in you.

You’ll find any and all reasons to take a parachute and jump or sabotage when things are going well. You won’t be convinced that a valuable person and a valuable relationship would want to have you in it. You’ll take refuge in a limited relationship and then focus on their problems.

When you don’t have good self-esteem it’s because in having conditional love for yourself, you try to get people (and sometimes objects and substances) to create feelings in you that you don’t feel yourself. You make external sources the solution to your internal problems, after all, if you don’t like and love you, why would you believe that you could entrust yourself with the responsibility of you?

If the only thing you’ve ever known is to not feel good enough, it’s hard to imagine even an entire day where you can genuinely like and love you. You’d be subconsciously waiting for the other shoe to drop.

You’re seeing other people’s actions (or lack there of) and your experiences as being directly linked to your worth.

Even if you haven’t specifically done anything to bring about something, at some point you’ve taught yourself that ‘this’ wouldn’t happen to a ‘better’ person. Much of your emotional schooling happens in childhood and if how you’re treated by your parents (or people of authority) and your emotional interactions didn’t communicate that you’re a person of value and worthwhile, that’s the lens that you’ll use to navigate and view the world. You won’t handle rejection very well and you’ll shoot down some of your capabilities or overcompensate in areas such as intelligence, looks, or even sex.

Low self-esteem is like a special language and in your mental translation book, when you look up what certain things mean, you keep getting back the same meaning:

You get the idea.

And maybe that’s the crux of the matter: When you have low self-esteem, you see your experiences and the world around you as an extension of how you feel about you. People do what they do, not because they’re independent individual entities, but because of something in you that brings about their actions and thinking, and life happens, shit happens even, not because there are a gazillion other reasons or factors that could have brought it about, but because of something in you.

I’m fundamentally the same person and while I have good self-esteem, I still have to actively work on managing the little girl within me. My taste in relationships has obviously dramatically changed, but most of the factors that contributed to how I saw myself still exist and have changed very little – I’ve just dramatically lessened the impact and importance of them.

My father is still the original Mr Unavailable in my life and puts me through the hot and cold rinse, over-promising, under-delivering, Future Faking and the list goes on. I have had to work very hard not to be drawn into the cycle of it and periodically there are tears although few and far between. My mum is still my mum – we didn’t speak for 9 months last year and I think 5-6 months the previous year. Unfortunately having boundaries and not being willing to live up to the perception of you does bring conflict but after years of avoiding it or exploding, I’ve discovered the sky doesn’t fall in when I stand up for myself. The past is still there, my childhood isn’t about to magic itself into a fairy tale, and in the background of my life is an element of processing the past.

I’ve had people ask me how they can possibly have a decent relationship or be happy with the childhoods that they have or the relationship history – you can. I’ve stopped going out with variations of my father with sprinklings of my mother with a side order of unrealistic and unhealthy beliefs and expectations. It takes work, but it can and does happen when you press pause on the tape that says you’re not good enough.

Like forgiveness, self-esteem isn’t something that has to wait until you’re done with processing all the anger, hurt, frustration, disappointment, pain, sorrow, shame, blame, the who, what, where’s and how’s, and the whole kit and kaboodle. If I’d waited until I never gave my past or my parents a thought and the pain had dried up and everyone spontaneously combusted into doing the ‘right thing’ and automatically knowing my value, I’d still be single and careering around on the unavailable motorway of life and probably would be for the rest of my days.

Take off the lens that says you’re not good enough – you’ll discover a whole new world with new possibilities with you in them.

A few thoughts about gossiping
Can You Forgive You?
Bastard Syndrome