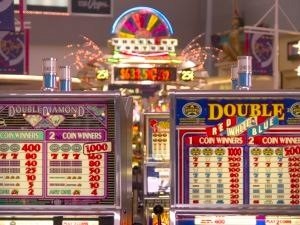 I was reading an article about pattern breaking this morning and the author Chris explained how use of social media like Facebook and Twitter are similar to the dynamics of playing the slot machines. “Hit with even a small win every once in a blue moon, and you’ll reinstate that pattern incessantly”, which is basically how casinos make their money basically bleeding you dry.

When you’re inclined to talk about ‘good points’ and ‘good times’, or you chase a ‘feeling’, you are someone feeding their energy, emotions, and esteem into your Relationship Slot Machine. The tendency to talk about ‘points’, times’ and those feelings is highly indicative of an non-mutual relationship, which you’ll notice that like an actual slot machine, it’s one-way traffic.

I’ve heard from countless readers who will invest everything including their dignity into a relationship, while leaving a scorch mark and dust where their life and identity used to exist, even thought the object of their affections is actually only putting out crumbs.

Experiencing a ‘win’ in these ‘relationships’ is mind effery though because:

1) Over-giving magnifies and distorts what’s actually going on. If I’d been pumping everything into someone who was giving back minimal returns, I’d make a big deal out of something that in a normal context, I wouldn’t see it as such as big deal. You also have to recognise that when you’re in the territory where you’re actually neglecting yourself in pursuit of the ‘win’, then really, them giving you a minuscule amount of attention is going to make crumbs look like a golden loaf, as contextually, you’re not giving you very much either.

2) A ‘win’ suggests that there is the capacity and likelihood for more to be experienced. If your imagination and hopes go into overdrive, you’re also likely to forecast and expect that the subsequent wins will be bigger and better. In your excitement at experiencing these occasional ‘wins’, you may fail to realise that the win is the same or even less than before, especially when you factor in the amount of time, energy, emotion etc that you’ve been pumping in.

3) You don’t realise how bonkers the whole thing is. You focus on the reward, the feeling of the win, the buzz of the mission, and in truth, you also prefer thinking about and pursuing all of these things than dealing with your fear of rejection, or what you’d have to do with your time otherwise, or even some uncomfortable truths. It’s bonkers though, that you would have to gamble for someone’s affections and invest so disproportionately in the first place.

4) The ‘house’ always wins – what you ‘spend’ along the way may mean that when you ‘win’, you end up losing because you’ve cost yourself you in the process, often doing things that at best leave you feeling embarrassed and at their worst, humiliated.

Ever watched that episode of Friends when Phoebe is in Vegas and there’s a lurker hanging around that swoops in and nabs the jackpot each time she moves away from her slot machine?

Well the reason why you’ll be reluctant to walk away is that aside from the whole coming so far and investing so much that it seems too big to turn back, it’s actually the perennial fear, that someone else will come along and your Relationship Slot Machine will decide to spit out a committed relationship and change of character jackpot. And let’s be real – you may even be aware of the lurker that’s waiting to swoop in.

But really, how long will you hang around keeping an eye on your shady investment on the off chance that it will give you a big enough win that will secure you ‘permanency’? Do you really want to live your life being afraid that the moment you walk away that they’ll spontaneously combust into a better person in a better relationship? It doesn’t matter what they might or could be in your imagination and based on your fears of what you think you’ve done to ‘make’ them this way (trust me, it’s not about you) – what matters is what’s happening right now and before, which gives strong indications of what comes next.

Going back to the idea of sticking with an incessant pattern, it’s also important to recognise why it’s called a pattern – even the spitting out good times, or good points, or highs is part of the repetition, but it’s not about to do it all the time, which means that you’re never going to win in the way that you want to:

– an all round person instead of ‘good points’ person

It’s better to be with someone whose pattern is to be consistent in character, action, and ‘meeting’ you in the middle of a mutual relationship. Do you want to be ‘high’ on a once in a blue moon win while battering your self-esteem in the meantime, or do you want to be in a mutual relationship with love, care, trust, respect, and shared values in it?

I’ve never had much to show for any of my shady investments besides a very distorted view of myself and love, less money, some clear heeled hooker shoes, a fat headache, and plenty of “What the eff was I thinking?” memories.

Relationships aren’t about gambling in the sense of you attaching yourself to someone and a situation that represents ‘winning’ love against the odds and basically getting them to make you the exception to their rule of behaviour. Relationships do require a certain amount of healthy risk, but it’s two-way because they’re copiloted and if it’s not mutual, rather than bankrupt yourself, it’s better to know your limit and your value and walk. Leave the unhealthy relationship casino – there’s a fabulous you that already exists within you plus a better relationship, to discover outside of it.

The Dreamer and the Fantasy Relationship is now available from my bookshop along with with Mr Unavailable and the Fallback Girl. Both books contain lots of tips for breaking unhealthy patterns.

Five Reasons Men Leave Women They Love
Are You On Standby? Why You're Not Mr or Miss Last Minute Option
Why you shouldn't wait for him to make a decision about you