Just Because You’ve Agreed To Something Previously, It Doesn’t Mean That You ‘Should’ Do So Again 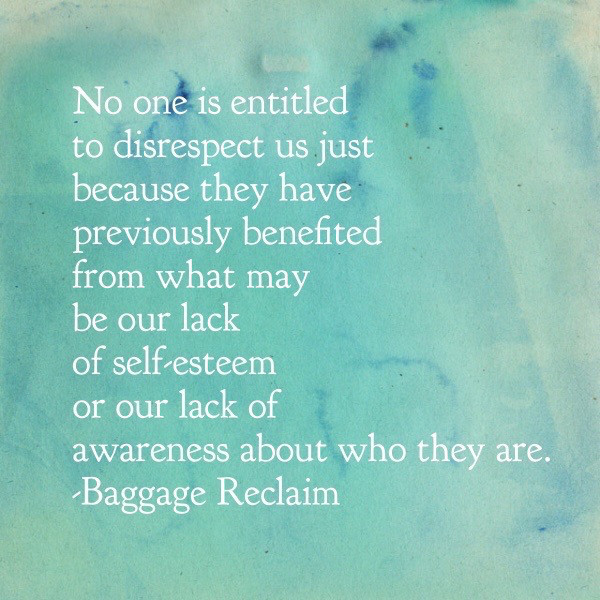 At this time of year, I hear from a lot of people who are battling against what they perceive as the weighty expectations of their nearest and dearest about Christmas / The Holidays  In their heart of hearts, they don’t want to do whatever is being asked (or are assuming is expected) and yet based on this notion that because they’ve for instance, gone to Aunt Flo’s every year or because they are somebody’s child hence they must do what mom and dad say even if they’re a mum and dad themselves or just old enough to be an actual adult, they don’t feel as if they have a choice. They don’t feel that they can decline because they’ve previously accepted.

This is the same issue that we battle with about asserting boundaries and saying no. It’s as if we have ‘one shot’ and that whatever we agree to whether it’s stated by us or inferred by our apparent lack of resistance, we think that it removes our right to ‘change our mind’ or in simple terms, to do something that takes account of our own needs, expectations, wishes, feelings, and opinions.

Does the fact that somebody has been able to cross our boundaries give them the right to continue doing so? No one is entitled to disrespect us just because they have previously benefited from what may be our lack of self-esteem or our lack of awareness or even foresight about what certain behaviours or decisions mean. That entitlement does not exist regardless of how we personally manage our boundaries. Integrity dictates a person’s character and actions, not opportunity. The fact that a person is met with somebody who is not managing their boundaries that well does not give them the right to exploit this.

What are we supposed to do when we realise that we no longer want to be or do something? Pretend that we don’t know better? Are we not allowed to grow as people and make choices that reflect that? If we act as if we have no right of reply, no right to take action even if it’s a delayed one, that leaves us with no options. It’s as if we’re worried about causing offence by acknowledging through a change of our side of things that the situation no longer works for us.

We worry too much about offending!

Whether we say yes to something fair and reasonable or yes to something that compromises us, no one has the right to continue receiving that yes. We are entitled to reconsider instead of feeling that we must enter into a permanent tacit agreement.

That taps into the issue of complacency. We avoid this and remain conscious, aware, and present when we don’t take it for granted that we can just go on autopilot and that people will say and do whatever we expect them to because that just puts us in a fantasy world where we end up feeling disappointed that people haven’t lived up to the assumptions and pictures that we’ve painted in our minds.

And coming back to this whole Christmas / The Holidays malarkey, if we’ve done the same thing year after year and it’s not really ‘doing it’ for us anymore, it is OK to take a breather or at the very least to acknowledge that these things are not that enjoyable when they feel or are indeed forced.

Sometimes we go into these arrangements like the sulking, skulking kid who doesn’t want to go on holiday with their annoying parents or be caught in the same room as them. We go into child mode and whoever it is, we hand over the authority to them to decide what we’re going to do. Really, who the hell is going to enjoy anything entered into like that? I know so many people who brace themselves for this time of year as if they’re going to have teeth pulled without anaesthetic! If we’re honest with ourselves, sometimes we create Dynasty levels of drama in our minds about this stuff because it’s easier than admitting that we actually can do something about things and then doing it.

That’s why so many people get drunk and lairy or get into what in retrospect appear to be petty arguments at these ‘festivities’. It’s all of the suppressed feelings and thoughts. This is also a good time to remember that most people don’t have a family like The Brady Bunch…

There is no rule that says that you ‘should’ suffer through what may be a very unenjoyable gathering.

Ultimately, you could still actually make the decision to do whatever it is [the Christmas / The Holidays arrangement] that you’ve been struggling with but you’ll stop struggling with it when you make it from a grown-up place rather than almost victimising you and dragging your feet. You’ll stop feeling shortchanged due to people not paying up the ‘debt’ created by you going along with things not so wholeheartedlt. You might even surprise yourself by enjoying it in much the same way that we can drag our heels about going somewhere and end up having a great time. Obviously if you go somewhere hellbent on not enjoying it or coming from a place of, Everyone is out to get me or I’m the odd one out, then lo and behold, that’s what you’ll look for and behave like.

If different arrangements are made, it’s not to say that the other parties won’t feel disappointed but the sky isn’t going to fall down. It’s likely as well that on some level, they’ve been half-expecting it even if they won’t admit it. Remember as well that there’s always next year – acknowledging how you truly feel means that you can make a commitment and plan ahead to bring in a change. It’s something to look forward to plus you can let the ‘stakeholders’ know so that they have time to get used to it or make their own plans.

The decision to be or do something has to be made on now, not the past. Stop living there unless you want to continue to put the past on repeat! Acknowledge who you are now! Decide based on now because you’re not the person you were ‘back then’. Just because you’ve been or done something previously, it doesn’t mean that you should or indeed have to do so again. Once you liberate you from the obligation to bust your own boundaries and to remove no from your vocabulary, you will feel a hell of a lot more in command of you and your life instead of being swept along.

There’s a new book coming soon… Finally! All will be revealed in the next week or so. If you haven’t done so yet, check out the the winter session of BR School courses.

Guest post: You gotta have friends and you gotta have respect
Don't try to get romantic partners to step in as parental replacements. It will only lead to pain.
Building Boundaries for Healthier Relationships