Men That Live With Their Mothers 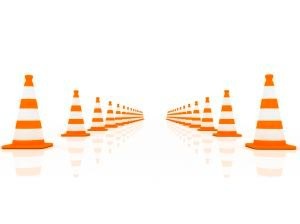 When I speak to women in crappy relationships, a consistent theme is not only a guy who is either a Mother Lover (Mummy’s Boy) or a Mother Hater, but often these men are living with their mothers.

Now I’m going to say something that no doubt many men won’t like and certainly it should set off some alarm bells if you’re with one of these guys:

Most guys with a healthy relationship with their mother and a fairly decent level of connection to their emotions, definitely do not want to be living with their mother past their mid to late twenties; thirty at a push.

Unless he has been a victim of famine, and destruction, for instance, financial issues, no man who actually wants to have a relationship and do it in a healthy way is going to be literally living under his mothers apron strings.

This may sound harsh but the reality is that I am yet to come across a man living with his mother that is able to have a healthy relationship with a girlfriend.

It is bad enough going out with a guy that’s an overt mummy’s boy, but at least he’s evolved enough to have made it out of the house! The words ‘uphill struggle’ spring to mind.

I’ll buy the necessity reason for a year or two, but the thing is, most of the men who I have ever come across that still live with their mothers, live there because they want to. Oh they might do the whole One Time in Bandcamp Thing, where they claim they had a problem that caused them to be living at home with them and yada, yada, yada, but by the time you meet them, that problem is waaaaay in the past and no longer relevant.

I know of some very well off men that still live at home…Mind you, they’re well off because they save a fortune….and they’re tight….

He’s living there because he wants to. He can avoid getting serious in his relationships by having an obstacle of his mother. If things don’t work out, he can always convince himself that it was because you didn’t impress his mother or you weren’t as perfect as you should be.

But…let’s say you did meet a guy and he lived with his mother – if he’s serious about you, he will want to be moving out of his mothers pronto! Do you want to be putting a ‘do not disturb’ sign on your door or only getting jiggy at your place because you don’t want to be thinking of his mother lying in bed in her rollers and blue rinse, listening to the two of you having a shag?

Clandestine is funny and exciting for a little while, but at some point, you want your relationship to progress past the high school gates!

Trust me, there are men out there who are ‘mummy’s boy’s’ with a healthy love and respect for their mum – having a healthy emotional connection is good for your relationship.

But I can assure you, if a man is in his thirties, and especially in his forties or fifties (heaven forbid any older) and is STILL living at home with his mother and trying to have ‘vague’ relationships, this is a red flag and I would proceed with caution.

Moving out is actually part of your personal development. Do the words responsibility and independence ring a bell here?.

So what do men with their mothers tend to do in their relationships?

They tend to be emotionally unavailable.

They behave like ‘Recycled Teenagers’ – overgrown manchildren ducking responsibility, often avoiding paying bills, washing their own clothes and cooking their own dinner.

They have exceptionally large egos – often these men have mothers who are blowing smoke up their bums telling them how great and special they are. Because they don’t live in ‘reality’, they are very disconnected from who they actually are.

They always have problems – There are always obstacles that prevent these guys from making the leap. After a while, they start making up problems about the mother so that they can stall leaving. Be careful – they may even say things to their mother’s to make things awkward for you…Next thing, you’re the obstacle.

They’re tightfisted – Clearly living at home has it’s financial benefit as they don’t spend as much as they would if they had to be self-sufficient and they convince themselves that relationships are ‘expensive’.

They’re permanent daters – It’s like they’re just trying on shoes for size and reminding themselves that they’re not big babies because they still live at home with their mothers. You’re like an ego fluffer that gives him a semblance of normality because some of these guys do have enough connection to become worried about how they are perceived.

You become their ‘beard’ for creating an external persona – what they don’t realise is that nothing can disguise the strangeness of them choosing to live with their mother’s.

The likelihood is that the way you will become aware of the ‘danger’ is when this situation exists in the context of a poor relationship. For me, after one man too many with mother issues, you couldn’t get me near a guy that lived with his mother for love nor money, but often women do find themselves dating these men, believing that it’s just the love of a good woman that has stood between him and the act of packing his bags and moving out.

If you are that woman, you’ll find out soon enough. But…if you’re not, and instead you discover that like Princess Diana said “There were three of us in this marriage, so it was a bit crowded”, I would seriously reconsider your options and back off.

No relationship should be about using your efforts to prove to a man that you love him and you’re the woman to make him change, in the hope that one day he might reciprocate. You certainly shouldn’t have to have to concern yourself with getting him out of his mothers.

Don’t dodge broaching the subject of him living with his mother. Always find out a man’s living arrangements up front (I have had a guy telling me he lived with his ex girlfriend…on the third date and another dropping a wife into the conversation on a first date) and do get some clarification on why he doesn’ t have his own place and set yourself a limit. The older he is, the shorter that limit should be and worst case scenario, it should be a year, tops. And stick to it because unless you want this to be a permanent arrangement, you need to recognise when it’s time to abort the mission.

Offloading The Fairy Tale Of Turning a Cockroach into a Frog into a Prince (P1)
Is women loving jerks and Bad Boys really a dating myth?
Advice: Why did he respond if he's not interested in me?
Share this...