More Translations: I Will Never Fall in Love Again, I’m Just A Simple Guy & other such sayings 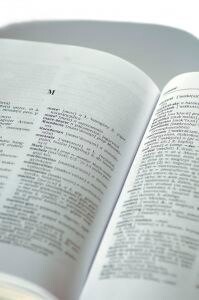 Over the past few posts (I don’t know how I feel about you, I don’t want to hurt you, you’re out of my league, I love you but I’m not in love with you, and I can’t give you what you want) I’ve been translating statements that certain types of guy make and here are the last set taken from the comments. As requested by several…they will be available in a handy guide… More info to follow..

He says: I will never fall in love again

Translation: You are wasting your time – I will not love you so this can only ever be casual. I have no intentions of allowing myself to love again because I am afraid of love and the stuff that comes with it. Whenever I feel myself getting too close, I’ll sabotage it. I don’t want to love.

I say: With a mindset like this, unless he addresses why he feels as he does, he’ll make damn sure that he makes it a reality and will always be undermining your efforts. To deal with his issues, he has to recognise the issue and want to address it. If he won’t and can’t do this, you are barking up the wrong tree. Warning – if he’s interested in you, he may believe that he has picked up a signal that you are afraid of commitment also. Be very careful of being interested in people who offer the least likely prospect for commitment and then embarking on a validation trip to prove them wrong as there will be very painful results.

He says: As long as you get a text every morning, you dont have to worry (this is in response to being asked how he felt).

Translation: I don’t do feelings – I do texts. I’m the type of man that measures my interest by whether I want to send a text/email/IM. I’m lazy and a power freak. Now that I’ve said this, I’ll get a kick out of messing with your mind, because you know that this is how I will passive aggressively convey that I’m not happy, or I’ll use withdrawing text messages to manipulate your behaviour.

I say: This is a really arrogant statement and sets an unpleasant tone because of course, the moment you don’t get a text, you’ll think you’ve done something wrong. He’s controlling, arrogant, and unpleasant – not attractive qualities.

He says: All of my former girlfriends have been the result of the girl taking the initiative.

Translation: I’m lazy and I let the women do the work in the relationship. I’m just coasting along getting swept up by persistent women. If you want to be with me, you’re going to have to do the work.

I say: If these women didn’t ‘boss’ him into a relationship, he probably wouldn’t be in one which means his relationship efforts are half hearted. This is the type of person that expects you to do all the loving, all the work, all the everything. Don’t go there.

He says: I cheated on my last girlfriend with the girlfriend before that because I was going through a crazy time.

Translation: I have loose ends with my ex girlfriends, have cheated, but haven’t taken responsibility. If I go through a ‘crazy time’ again, watch out! – I may go and ease my stresses elsewhere.

I say: Red flag alert – unless this man has now made a clean break and is also prepared to be more responsible about his activities, you may be unwittingly living on the knifes edge of being involved with someone who reserves the option to screw an ex behind your back when things get ‘crazy’. Proceed with caution, question him more, or back away.

He says: I’m just a simple guy, don’t expect more from me than I’m capable of.

Translation: I’m simple and you will complicate my life if you start expecting, needing, and wanting more than I am capable of giving, which isn’t much as I like to keep things simple.

I say: He’s being fairly clear here – the key is to ask what he’s capable of. The likelihood is that it’s in stark contrast to what you want. Do not make the mistake of ‘simplifying’ your life to keep the peace.

He says: You give women an inch, and they take a mile.

Translation: I try to give as little as possible because I believe that if I give anything, no matter how small, a woman will take it and turn it into something much bigger.

I say: Selfish, selfish, selfish. And obnoxious. What is he? An ape? Rest assured, this man has less than crumbs to offer and will be guarded because he’ll be worried that you may expect, need, or want more than he is prepared to give.

He says: I would kill myself trying to make you happy.

Translation: Even if I’m not making you happy, you should be grateful for what I’m doing because I believe it’s a lot. I’m busting a gut here! I have decided what I want to give and what I think you need, and I will give on that basis. You should be grateful! I’d go to the ends of the earth for you…as long as it was no further than the end of my drive.

I say: Don’t take these words too literally and think about it in the wider context. Someone can be giving 10% but believe it’s 100% but that doesn’t change the reality that it’s a lot less. If he’s ‘killing’ himself giving you 10% and you know his efforts are very far wide of the mark, you know that he is incapable of meeting your needs. Don’t try to turn a crumb into a loaf!

He says: I’m sorry I cannot give you what you want, but unfortunately, you are what I want!

Translation: I’m a selfish good for nothing man. I’m totally focused on my needs – getting a shag/ego stroke/shoulder to lean on – and you’re it! I know I can’t give you what you want but I want you anyway, which means I will fake a future with you to get what I need in the present and deal with the consequences later. I’m not interested in meeting your needs.

I say: This is the type of man who is very likely to be the man of diminishing returns and also a dog in a manger – even though he has nothing more to offer you, he’ll be damned if he will let you move onto someone else because he hates the idea of losing out on a good thing. He knows he’s punching above his weight and needs you there for an ego stroke. If he lets you go, it’ll be a reminder that he’s not all that.

He says: I can’t give you what you want. IT will fail. I still want you to like me though.

Translation: My ego is in desperate need of stroking and I hate the idea of being perceived as an *sshole or not good enough even though by the very fact of telling you that I can’t meet your needs and guaranteeing the failure, I’m obviously not good enough. I want to be liked, even if I’ve done nothing to deserve it and I’m also the type of person where even if I’m not interested, I need you to be interested.

I say: The need to be liked in this setting ensures that he’ll be seeking

He says: I probably wouldn’t be a good catch for you anyway.

Translation: I know who I am and my limitations and based on what you’re saying, hinting at – I’m not the man for you. To be honest, I know you’re not the woman for me either, but it’s easier for me to say I probably wouldn’t be a good catch for you.

I say: Believe him when he tells you this – there is a reason even if he won’t be honest with you about it. Rather than sell yourself short and try to fit a square peg into a round hole, move on. Don’t try to be overly optimistic and latch on to the word ‘probably’ and believe there’s a little hope – he’s given up already!

He says: There are things you want to do that I have already done, and will never do, so when you get ready to do them, tell me and I will get out of your way.

Translation: I’m set in my ways, unwilling to compromise, and prefer to do things on my terms. I have determined what I’m prepared to be and do and won’t be shifting from my position. Anything you want that I don’t, I’ll just leave you to it – I don’t want to be involved. I don’t want to share experiences with you.

I say: Even if he’s done something ten times, it’s not been done with you. While you don’t have to be joined at the hip, this rigid mentality and lack of compromise or interest suggests someone who is just in for what they can get. They’re only thinking about themselves so if anything you want suits their agenda, you’re good. If not, you’ve got problems.

He says: I believe in the double standard.

Translation: It’s one set of rules for me, and another for you. I reserve the right to shift the goal posts and I am likely to go crazy at you and act all jealous, possessive, and controlling over stuff that when I do it, I expect you to suck it up.

I say: You cannot ‘win’ in a relationship with someone who doesn’t play fair, isn’t on a level playing field, has no respect for you, and makes things up as he goes along. He’s telling you that he reserves the right to do as he pleases – he’ll give himself many options while limiting yours.

He says: Because I’m not in a position to give you what you are looking for, maybe it’s best if aren’t as close as we have been in the past to prevent any emotional disappointment.

Translation: I want things to be casual. I know I can’t give you what you need but rather than opt out and let you move on, I want to keep you on ice, manage down your expectations, and enjoy the fringe benefits of a relationship without the emotional responsibility.