My Epiphany Moment in Drama Seeking 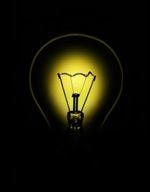 A while back I wrote about Epiphany Relationships: A relationship that caused you to have a sudden clarity and insight into that particular relationship, yourself, your actions, and potentially all of your relationships. There is a defining moment within this relationship where everything changed for you and suddenly you couldn’t escape the truth and it became life changing.

You will also experience Epiphany Moments where a huge voice of reason and sanity kicks in and says, “What the F are you doing?!”

It seems only right that I should share mine with you.

When I met the boyf over two years ago, I knew from the outset that I was in the presence of a really great guy. For once I didn’t overthink things, put our names together, agonise over whether he’d call, and all the other crap that I usually did, but I do remember wondering where the catch was, after all, despite all of my new-found sense of self, I had been on quite a steep learning curve where I’d dated 2 Mr Unavailables, albeit briefly, and then ditched them when I read the very clear signs.

The first time we spent the night together at his place was great and I was totally at ease. The following day I headed back to my place and he went to play golf with his friends. I slept off a bit of a hangover. We agreed to speak in the late afternoon as we were going to a party that night. By 7.30 I’d heard nothing and the Drama Seeker in me spent the next twenty minutes pacing the place, wondering what I had done for him to go off me in less than twelve hours, imagining him and his friends laughing at me at the golf, and raging my way around the flat.

And then when I paused and took a deep breath, it was like I had this sudden moment of clarity and I actually howled with laughter at the ridiculousness of what I had been doing.

I stood there and a rational, calm voice that never used to be around was saying, “WHAT THE F ARE YOU DOING? Isn’t this guy actually a great guy? Do you really think that he is the type to say one thing and do another? Isn’t there a more logical explanation? Why are you assuming that he has gone off you? Why are you looking for this to go wrong? Do you really believe that this is a guy without integrity?”

And then I laughed as it occurred to me that he was asleep!

I took a deep breath, called him and he said “What time is it? Is it five?”, he mumbled and then I could hear him jumping up in a panic when he realised the time and he was so apologetic. He’d come home from golf, laid on the couch for what he thought would be an hour in front of the TV before we made our arrangements, and instead fallen asleep!

But if anyone should have apologised it was me because I was guilty of tarring him with the same assclown brush and finding drama where there was none.

And it’s funny–before I got wise about myself, there used to be a more insecure voice full of self-doubt and second guessing that I would hear but since I got real about Mr Unavailables and myself, I hear a positive, more rational voice and my thoughts have self-care and sanity behind them!

In the next few months of our relationship, that voice boomed on another couple of occasions and then I made a commitment to zipping it and being drama free and I’ve stuck to it because I knew I was in a good relationship and to introduce unnecessary drama would have been to sabotage our relationship. We now laugh very fondly about the time I got drunk and did Michael Jackson dancing and I convinced myself that he would hate me having fun…because well all my other boyfriends had….

If you are a Drama Seeker, you should be reading my ebook Mr Unavailable and the Fallback Girl. Find out more and buy and download.

That Nagging Voice: The Danger of Internal Negative Messaging
Red Flag Relationships and Behaviour for Drama Seekers!
Being naive about ‘authority figures’ is a blind spot we need to clear up