Myth: There Are No Good Men to Date – Part One 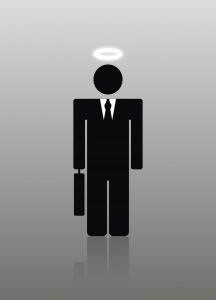 I regularly receive emails that are along the lines of what Barbara, 41, recently sent me :

“You are absolutely right in everything that you say about these men and the relationships that result but you don’t understand what it’s like. It feels like all the good men have just disappeared or been snapped up and I’ve been left with the sh*t! Guys my own age or older have big ego’s and want to date younger women than me.

I want to meet someone on my level. Whilst I get approached by younger guys, they’re not what I want and some of them play the silly games that the older guys do! I’m pretty sure that it’s because I’m really successful and don’t appear to be some sort of damsel in distress why the guys I like don’t want me and most of the guys have several traits that suggest they’re emotionally unavailable. And don’t get me started on online dating! I have to use dating sites because you meet a lot more guys that way, but I am yet to meet someone who isn’t a liar, a cheat, or constantly trying to hook up with lots of women. I’m destined to be alone!”

Now I wouldn’t even begin to bullsh*t you and say that dating is easy and that meeting men is a walk in the park, but there are so many things wrong with this tale of woe that it’s no wonder Barbara and many other women like her are spending too much time with chumps.

1. Negative mindset – your beliefs and mindset feed your behaviour and there’s a definite resigned attitude

2. Reliance on online dating. Nobody has to use dating sites!

4. Focusing on the wrong things such as ‘age’ and how successful she is and how it must be scaring off men.

For a start, it’s such a broad sweeping, negative statement to say that all the good men are gone, or the age old lament of ‘there are no good men to date’. Yes, good guys do get snapped up, but plenty don’t and the reason why Barbara is not involved with ‘good’ guys is because they’re not the ones that she’s attracted to and even if she does meet a ‘good’ guy, she’s not likely to recognise it, or even if she does, she’ll over-intellectualise it and decide he’s not that great because he’s not the right age, financial, or educational profile, or whatever other criteria she has for someone who is ‘on her level’.

We tend to attract and are attracted to people that reflect what we believe about love, relationships, and ourselves. To actually go out there and date with such negative ideas about men is a recipe for dating disaster because you will go out there with your back up, expecting something bad to happen, and lo and behold it will, because you’ll gravitate to situations that reflect your beliefs.

The reason why women say that there are no good men to date – they let themselves off the hook to continue their pattern of behaviour. It gives them a reason to believe that they don’t have to change.

It’s easier to say ‘there are no good men to date’ because it let’s us continue to focus on ‘them’ as the problem rather than look a little closer to home and deal with the things we can actually influence.

I believe there are no good men to date so this means that my options are assclowns and Mr Unavailables and this is why I continue to be with them because there’s nothing better out there for me and it’ what I’m attracted to anyway. It’s too hard to change myself at this stage. The decent guys will probably be snapped up by a better, younger woman. Even if I did meet a decent guy tomorrow, it wouldn’t last. He’d probably go off me…

And so the negative train of thought continues…

Barbara, like a lot of the emails I receive, sounds resigned as if ‘hey ho, this is my fate, I have no control over this’ and being resigned to being involved with dodgy men is like throwing yourself at the mercy of wolves. I asked Barbara what she’s been doing differently to meet men, both in terms of going out there and also in terms of herself. In essence, nothing had changed and she has a pretty routine life and hasn’t actually tried anything new other than “I’m trying to avoid getting sexually intimate in the first few dates to see if that makes a difference” but she spends the bulk of her time dating online and goes to the same places, doing the same things, meeting the same ‘ole people.

Nothing much is changing around her and part of this comes from not feeling she has a reason to change or that the problems are all about ‘them’.

If you stay in the same mode, getting the same results, but continuing to expect something different to happen, it’s like waiting for a man to fall out of the sky and land in your lap.

If you don’t adapt your relationship habits and expectations, you’re assuming that their way is ‘wrong’ and your way is ‘right’ and that your efforts effectively come down to finding someone to resonate with that ‘rightness’. But if you put your energies in people and relationships that offer the least likely opportunities for success, it suggests that you do need to adapt in order to get a different result and that your way is not ‘right’.

There are plenty of good men to date. I’m not saying that they’re low hanging fruit but they’re out there and the reality is that if you’re used to looking for love in all the wrong places and have poor beliefs and unhealthy love habits, love and even a semi decent guy doesn’t live in those places. Pain, confusion, ambiguity, and men that don’t have a relationship or treating women with love, care, trust, and respect on their agenda is what resides in those places.

If you’ve been, for instance, dating assclowns and Mr Unavailables and in fact, have a consistent pattern of dating them, it will seem that they’re all that’s out there but this is a skewed vision. It’s a bit like being a drug addict, going to the same hangouts, being around the same people and temptations and saying that all you meet are drug dealers and users.

What we think is around us reflects what we vibrate. When I was emotionally unavailable myself, commitment-phobic with low self-esteem, I could not seem to avoid meeting dodgy men. They approached me randomly, they were all I seemed to see in the places that I went. Funny, as soon as I started changing my ways, the incidences of meeting them started shrinking and that was even before I met the boyf.

Back in part two where I look at the online dating and the issue of the troublesome older guys. Part three and Part four are also published now.

Your thoughts? Do you think there’s no good men to date?

Quiz: Are You Ready To Start Dating Again?
Tips For Great Date Conversations
Overcoming Your Fear of Having Standards in Your Relationships