Personal Happiness: What do you want? Part One 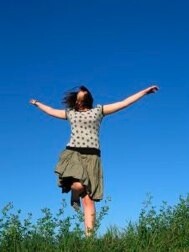 I was speaking with a reader a few days ago who I’ve coached for the past year and she told me that the moment her mentality started to shift and she refocused herself was when I asked her what she truly wanted.

Most women I come across through this blog cannot articulate what they want.

They know what they don’t want and what they think they want, but often their actions and the lifestyle that results from them, is in stark contrast to what they profess to want. More often than not, the reason why they can articulate their dislikes is not because they have put down boundaries and enforced them, but because they are living the life they don’t want.

At some point you have to ask yourself:

What is the point in living the life you don’t want now in the hope that an external party will do a 180 or 360 and give you the life you want at some point in the future?

Why don’t you live the life you want now by taking charge of it rather than delaying happiness to a distant date in the future that may never materialise if you stick with this mentality?

Often we know that we are not happy, but we either don’t know why, we look for reasons to justify sticking with the person because making a change seems rather big and scary, or we stay because we hope that if we talk and think enough that things are bound to change.

But if you truly do want to be happy, you need to stop being in contradiction with yourself. I’ve spoken to women and said “What do you actually want?”

Invariably, most will say variations of “I want to be happy”

I then have to ask, “So you think you’ll be happy with an ex con who went to prison for stalking his ex girlfriend and is still chasing her, sleeping around on you behind your back and disrespecting you?”

“You think you’ll be happy with someone who is allergic to telling the truth? Do you think he’s going to suddenly decide that he likes the idea of being a truthful person?”

“You think you’ll be happy with someone who has repeatedly told/shown you that he is not interested in having a committed relationship with you?”

“You think you’ll be happy with someone who has already left the building and shown you his disinterest by moving on to someone else?”

And I could give many more examples but I won’t.

You can’t say you want some ‘me time’ and to travel and that you don’t have very much time for a relationship…and then pursue a relationship and wonder why it’s not working.

You can’t say you want to settle down with someone who loves, trusts, cares, and respects you and then get involved with a commitment shy Mr Unavailable who talks a good game, but repeatedly fails to demonstrate true love, care, trust, and respect, and then spend your time trying to fit a square peg in a round hole.

You also will struggle to find happiness if you don’t personally know how to make yourself happy and don’t even like, never mind love yourself.

The reason why I say this is that when you don’t like or love yourself a lot, you’ll know you’re unhappy, but you will often struggle to articulate why or will believe that if X,Y, and Z happen then voila, you will be happy.

But what you need to realise is that if you don’t address the underlying reasons as to why you are unhappy, particularly if you have felt this way in most of your relationships, you will wake up in your next relationship and realise that unhappiness has travelled with you.

We often try to fill that missing something with a guy and a relationship, as if they can paper over the cracks of our pain and suddenly send our personal value shooting up. A bit like hoping that the people next door who have done work on their home will send the value of your beat up wreck on the up. Only thing is, it’s still a beat up wreck.

What we discover is that in not being very happy with ourselves, we actually take up with partners who exacerbate those very things. We expect to pull in some positivity, but the negative thoughts and beliefs bring drama, pain, ambiguity, and confirmation of the bad stuff packaged up in assclowns and Mr Unavailables.

You also have to recognise that until you grab a hold of yourself and make a conscious effort to intervene on what you have been doing and thinking, you will get caught up in a cycle of saying you are unhappy but not actually doing anything about it, which causes you to become someone who ‘likes’ talking about being miserable – don’t let that be you.

So I ask again, what do you want? What do you really want?

Remember that the definition of insanity is doing the same thing over and over again and expecting different results. Clearly, if you’re not happy and you’ve felt this way for an extended period of time, what you are doing is not working. Remember, you can spend from here to eternity trying to extract change from someone in the hope that it will make you happy, but people don’t change because you demand it of them, and trying to enforce change is a sure-fire sign that all is far from well in your relationship. Your happiness should not rest on someone else because it gives them too much power and you too little responsibility or control for your own happiness.

Have you truly thought about what you want and whether what you are doing, who you are engaging with is allowing you to fulfil your desires, or detract from them?

More in part two and  part three where I suggest some ways to help you figure out what you want.

It's Not The X Factor: Stop Treating Dating Like You're Auditioning For An Expert Judge
Getting Over Him When You Thought You Were Friends Part One
Stop Pumping Them Up! They're Really Just Not That Special!