Podcast Ep. 123: The 5 Stages of Relationships 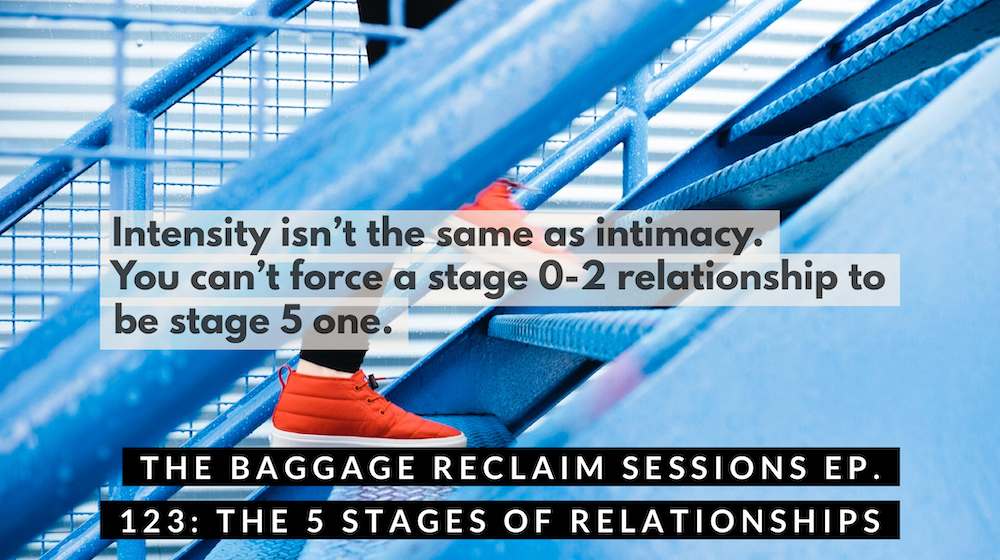 So many people mistake intensity for intimacy, and so their relationship begins at high speed and then they experience the painful crash and burn that inevitably ensues. Intensity, as lovely as it might seem initially, isn’t sustainable. It damages the prospects of a mutually fulfilling, loving relationship. This is especially because we’re highly likely to breach our boundaries. We won’t practise the self-care we need to understand genuine compatibility and whether we can meet our emotional needs. In this week’s episode of The Baggage Reclaim Sessions, I break down the five stages of relationships. I love this topic!

The real getting to know begins at Stage 2 when you embark on a relationship. Genuine intimacy can only start from this point onwards.

If one or both of you haven’t really shown or said “no” and moved on from that in a very positive manner, you’re still at Stage 2.

Podcast Ep. 252: Respecting Someone Else's Fear (even when you don't 'get' it)
Podcast Ep. 47: Why Did We Break Up? #4 – Love's Young Dream
Podcast Ep. 67: Romancing, Stressy Dreams, Avoiding Being Catfished