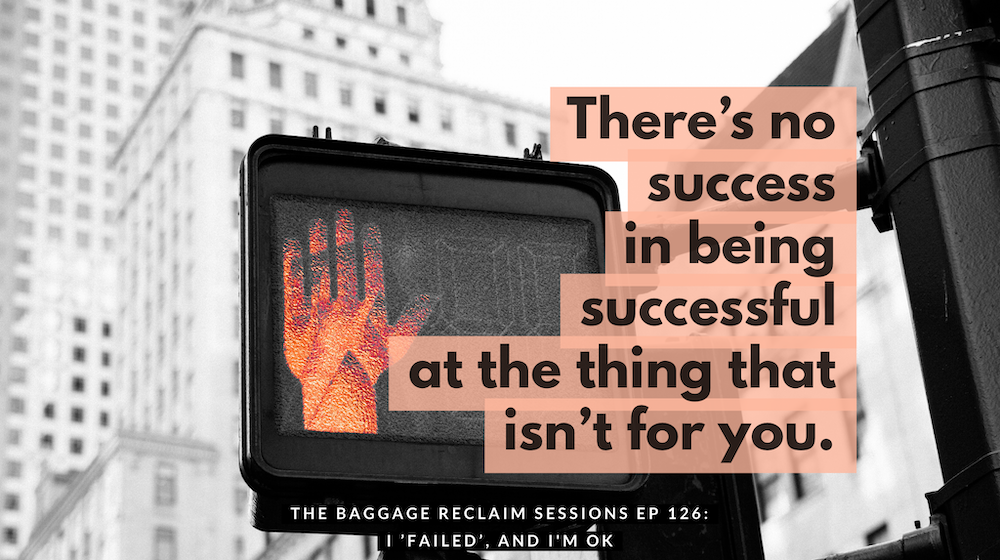 What do you do when you feel as if you’ve failed at something? Shame you? Shrink into yourself and isolate? Pick you apart in an attempt to figure out what’s wrong with you? Turn your failure into a secret that you need to cart around in your emotional baggage? Well, I’ve decided to do none of those things.

In this week’s episode of The Baggage Reclaim Sessions, I talk about the outcome of an 18-month-long journey of trying to get a book deal. As you may already have guessed, it didn’t work out, haha. Trying to secure one has a number of stark parallels with dating and relationships, including the awkwardness of breaking up and the whole “You’re great! You’re amazing and someone would be lucky to have you… but I’m not ready for a relationship…”

As is the way with life, present-day experiences that seem unrelated to past ones bring up old feelings and wounds. This offers the opportunity to confront them, to see what we couldn’t see before. We get to change the story we tell.

There’s no success in being successful at the thing that isn’t for you.

Podcast Ep. 166: We've Got To Stop Pumping People Up With Our Great Expectations
A 'connection' or having 'so much in common' isn't the same as intimacy
Podcast Ep.18: When Sarcasm Backfires, Letting Go of 'Woundedness', No Shortcuts To Putting in the T...
Share this...