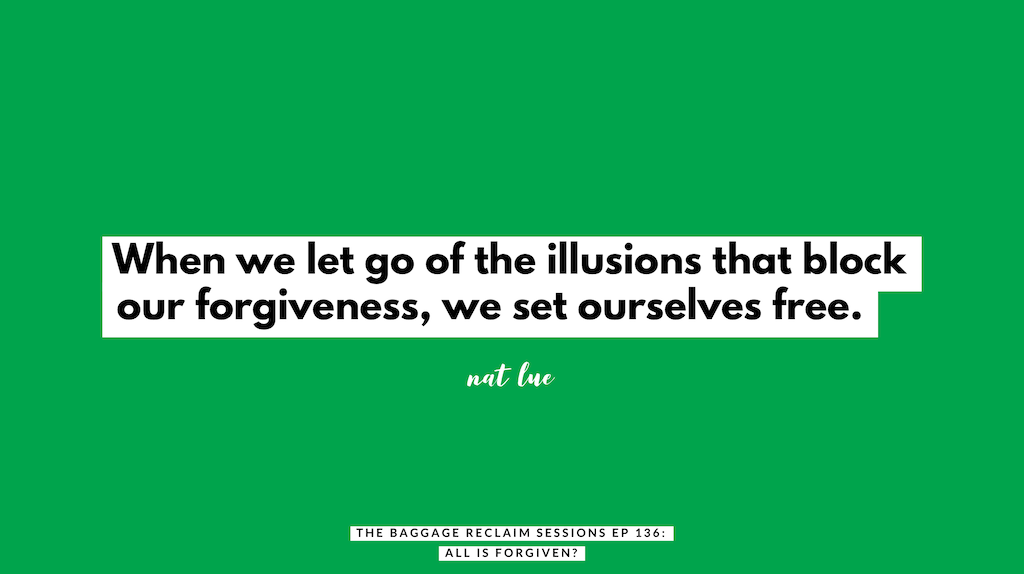 “Don’t bear grudges”; “Say sorry”; ”Move on!” These represent some of our early lessons about forgiveness. It’s unsurprising, then, that forgiveness is often regarded as something we bestow on others. We fear looking hard-nosed and selfish if we don’t, and then wake up knee-deep in adulthood feeling besieged by a lifetime’s worth of unprocessed pain, fear and guilt that we’ve accumulated.

In this week’s episode of The Baggage Reclaim Sessions, I revisit forgiveness and what it’s really all about.

No one has the right to expect you to press the reset button. That’s the very definition of bad boundaries.

Forgiveness is a decision to let go by gaining perspective — and then you choose and keep re-choosing to let go.

Letting go as part of forgiveness is more often than not about letting go of the illusion.