Rebound Relationships in a Nutshell: Transitionals, Buffers & Why You Should Step Away From The Light When They’re Not Over Their Ex 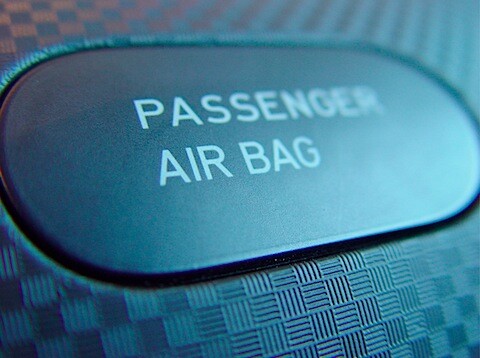 If you’ve ever found yourself involved with someone that’s recently broken up, still not over their ex, separated, divorced, or widowed, they’re a Transitional, someone with emotional and/or legal a relationship ending, which means that they may not be over their ex, are still going through grieving the loss of the relationship/person and are struggling with their feelings about commitment and being emotionally available. They’re not ready to be vulnerable yet, which means no intimacy or commitment.

They may be typically emotionally available and going through a period of temporary unavailability due to the transition, or they may be habitually unavailable anyway. Either way, you don’t want to get caught in the crossfire because if you do, it’ll be on the rebound because you will help them avoid uncomfortable feelings about the transition and the loss.

It’s very possible that under a whole other set of circumstances, that maybe you could have had a committed relationship, which of course would be under the proviso that not only are they typically emotionally available but that under the new circumstances you wouldn’t be a Fallback Girl (or Guy) either.

There’s an element of this situation that’s down to ‘bad timing’, but to blame it mostly on timing is to miss some glaring problems. Don’t get things twisted – they’re not under different circumstances and you’ve missed the one piece of information that deals a crushing blow to anything you have in mind – they’re not over their ex. It doesn’t matter whether it’s that they’re scared shitless of commitment or intimacy or whether they’re moping after their ex or creeping around behind your back having talks with them; they’re unavailable.

It’s code red, abort mission, game over, no credits, the moment and I really do mean the moment, that you discover that you’re involved with someone on the rebound.

They’ve overestimated their capacity for a relationship and pushed down their feelings about their ex because they use you, albeit not always intentionally, to help you get them through this transition. If they’re typically emotionally unavailable or just the type that likes to be in a relationship, they won’t be good at being on their own but may be operating under the misguided notion that if you’re special enough that they’ll magically get over their ex and be available to you, which is pretty damn lazy.

Unfortunately, we need time to process and heal to be truly available and when we don’t, we use other people as emotional airbags.

If you have been involved with a Transitional, you are a Buffer, the person that lessens the impact of the fallout from their previous relationship. You cushion their exit by providing a soft landing and unfortunately, if you don’t heed the great big glaring code red that they’re not over their ex, you’ll also be the bridge to another relationship and a revitalised them. Ever fumed that you were with a Transitional, only to break up with them and them becoming available in the next relationship? It’s almost like you’re Heartbreak Hotel or Emotional Rehab.

You may not fully realise your role but you’re basically helping them get over their ex with the view that when they are over them, your compassion and support will be rewarded with the relationship you want. You avoid your feelings by buffering them.

Often too compassionate and likely to make yourself indispensable by trying to be and do everything that you think they need in order to be distracted from their transition, you hide your commitment resistance behind theirs. You may even substitute being indispensable for actually being intimate in your relationship, which is why I hear from so many women in particular that have practically turned themselves into skivvies, sexual play things, and bankrollers in barely there relationships.

In trying to prove your worth and ‘win’ their affections, you compete with their ex, old life, baggage etc and end up being boggled if not downright infuriated and indignant that they can’t give you what they appear to have given to others. You then get that horrible message that you’re not good enough.

You think that being good ‘enough’ is when you have the power to drag someone out of their grief. It’s like “How the frick can you be thinking about them when I’m here ready to give you a relationship and love you?”

You’ve accommodated so much it feels like you’ve put in too much to leave so you’re waiting around for your investment to come good while also hiding your fear of putting yourself out there with someone who is genuinely available and not trapping you in a holding pattern of waiting for a sequence of events to take place for you to get the relationship you want.

Eventually you realise it’s not the divorce papers, or the the fact that their ex keeps pestering them, or that they need ‘more time’; you realise that they don’t want to commit and are not available for the relationship you want. The Transitional also picks up that you can’t be that serious about commitment if you’re hanging around with them, even though they may have Future Faked and being obstructive about letting go of you.

To be fair, if you’re the Buffer, the Transitional likely recognises that on and off paper, you’re a great catch so they want to keep you as an option should they ever get their shit together. They’re afraid of making a mistake in letting you go and are afraid that if they do, someone else will snap you up. So they hedge their bets. On your time.

Often when you’re a Buffer, you don’t recognise how wrong this is because you’d be involved with someone when you’re not over ex also.

It’s critical to grieve the loss of relationships instead of avoiding your feelings by hopping back into the dating saddle and if you stay, those feelings they’re avoiding don’t get resolved – they get numbed and create more walls between you both. You deserve better than hanging around in someone else’s shadow.

There’s nothing wrong with being hurt from the end of a relationship or having feelings to deal with as a result of what’s happened. Breakups happen, people separate, divorces happen, and sometimes we lose a loved one through death. There’s nothing wrong with any of these four things (although I do caution against getting involved with separated people that are not definitively divorcing and ‘on a break’), but there is something wrong with you being used for the fringe benefits of a relationship without the commitment, with being kept in their back pocket as an option, being used to avoid difficult feelings that prevent being available to you, and expecting you to wait around like you don’t have better things to do with your time.


If you ask anyone if they’re ‘using’ you, even when they are, they will deny it.

It’s not how we like to be seen, but fact is, that’s what a rebound relationship involves. Just because they think you’re getting to have a ‘good time’ out of it or that you probably don’t want to commit anyway doesn’t make it right.

While some people will be honest when they recognise that they’re not over their ex/unable to commit, plenty aren’t. They hope for their feelings to catch up and like everything else in life, actions speaks louder than words. Your relationship will be missing the landmarks such as commitment, progression and intimacy.

Never get involved with or remain with someone that’s not over their ex because you will devalue yourself and believe you’re not good enough when in actual fact, they’re in denial about a past relationship. They might be a ‘great person’, but they’re not available and it’s best for them to come back when they are instead of using you like some high absorbency kitchen roll to soak up their pain. But don’t wait around. That will stop you making someone else your rebound.

Are You On Standby? Why You're Not Mr or Miss Last Minute Option
Podcast Ep. 216: The Truth About Breakups
Being Valued & Having Personal Values in Relationships: Discover Your Value Now (Part 3)