Relationship Advice: Is he ever going to commit to me? How do I get him to listen? 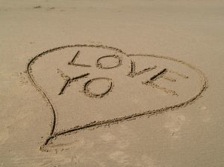 Bel asks: “I have been with my boyfriend for five years. When I met him I thought he’d make good relationship material because he went to church and seemed to take his work seriously, but five years on and we’re not even living together.

Since about two years in, we have been having a series of talks about the status of our relationship where I spell out what I need and he tells me he’s going to do it and then he doesn’t. I then finish it with him and he’s practically beating down my door begging for another chance and promising to do everything I want.

Five years on and I’m beginning to wonder if it’s all smoke and mirrors. I want to get married and have children. I want us to live together instead of him turning up late in the evening expecting dinner. He says he wants these things too but I feel like he presents obstacles. He always has lots of sh*t going on and his problems are always bigger than everyone else’s.

I’m sick of explaining what I want – Why doesn’t he seem to listen to me? Is he ever going to commit to me?”

This is also about you masking inaction in your relationship with talking. Whether you like it or not, you have talked your way to five years by also not matching your actions with your words.

He no doubt has become programmed to expect that you will have one of your talks and he knows how to play the game.

When you tell him to beat it, he makes his empty promises and you take him back.

Why take him back when you know how it will play out? Do you really think that he’s going to miraculously change?

You can’t love and be committed for the both of you. He needs to take part too!

Unfortunately by sticking around you’ve set the tone and you’d have set a better tone if you’d told him to beat it and stuck to your guns.

You saw potential based on the fact that he appeared to be a churchgoer and committed to his work. At the end of the day, while they are nice characteristics to have, they are not a basis for choosing a partner.

Do you have any idea how many men go to church every week and then screw someone else behind their wives’ backs?

Many Mr Unavailables immerse themselves in their work as a way of keeping distant.

Does the fact that he’s so good at his job or committed to it actually mean anything in the grander scheme of things? No! Because at the end of the day, they are things that are benefitting anything other than you and your relationship.

You need to commit to you and your expectations, hence if he is not delivering what you expect and has a track record of over promising and under-delivering, I suggest that you deliver the final blow to your relationship, or expect to go through another five years of having ‘talks’ that don’t go anywhere.

The Fallback Girl is Mr Unavailable's Disgruntled Customer
Is women loving jerks and Bad Boys really a dating myth?
Women Who Talk (& Think) Too Much - Wasting time explaining & discussing with men that don't want to...