When Sex is Just Sex: It is what it is but how about the guys speak up! 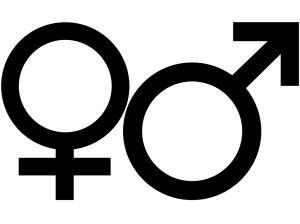 A few days ago I wrote about The Justifying Zone, that slippery slope that women can find themselves on when they stick with a guy so that they can justify their emotional or sexual investment, even if they recognise that that the relationship is doomed. A couple of male commenters raised the point that sometimes a guy just wants sex, which of course made me want to revisit this subject.

Ladies, we like to see shades of grey, read between the lines, and see gold (or even platinum) where there is in fact copper, but sometimes sex, really is just that; SEX. It’s not the beginning of a grand love affair, it’s not an indicator of greater things to come, and it’s not a great idea to base a relationship solely off how good a guys strokes are.

The trouble is, are guys honest enough to say that sex is just sex?

Guys, we are not frickin’ mind readers. We don’t find out things by osmosis and there are many men out there that do not own a pair of brass balls to be upfront and honest about their intentions, or should I say, sexual intentions. Instead, because they don’t want to be perceived as a total bastard and of course they don’t actually want to endanger the possibility of actually getting laid, they bring on all the hearts, flowers, charm, and hints of more to come, only to have to backtrack and make a rapid disappearance afterwards.

This is all a double edged penis sword. Yes we should both be adult enough to screw like rabbits and walk away but we are humans. Casual sex is rarely just ‘casual’ and it’s only casual sex if BOTH parties know that they’re having casual sex in the first place!

As far as I’m concerned, it is just sex if:

Anything else is open to misinterpretation and it is alarming how many women will still see it as more even if it is one of the above situations.

‘Yeah but we talk a lot’ one woman said to me recently. Moaning, groaning, asking when you can meet up, and making small talk to facilitate you both having sex and appearing polite is NOT talking a lot!

Whilst I do think that we can be guilty of building sandcastles in the sky on occasion, I have to say here that much of the ambiguity that surrounds sex and women feeling the need to justify the fact that they slept with the guy by investing themselves further is caused by ambiguous, hard to read men who blow hot and cold and leave everything ‘literally’ wide open to interpretation. So guys, if it’s just sex, maybe you should start by saying it is, or avoid going for women who clearly want more than you’re actually able to give!

But…ladies, ladies, ladies, heed the signs. If it walks like duck, quacks like a duck, and flaps its pretty little wings like a duck, it’s a duck. Pause for a moment the next time you’re in this situation and strip away all of the rationalising, reasoning, and justifying, and ask yourself if you have anything left besides a walking, talking…penis.

How to Attract Emotionally Unavailable Men
Does my ex Mr Unavailable or assclown miss me?
50 Thoughts about Relationships, Communication, & Emotional Unavailability Part 4