Sometimes, you just don’t have anymore energy left to explain why you’re stepping back (especially when they actually know why) 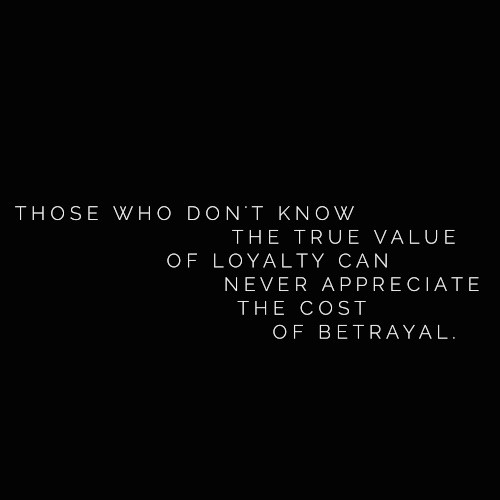 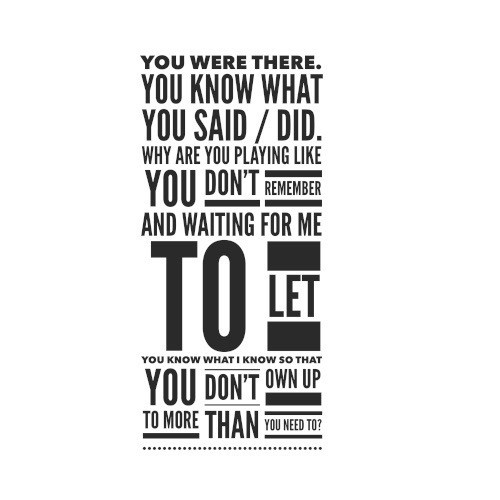 Sometimes we can find ourselves in the position of knowing about what someone has done and not having the energy to get into some big ‘ole thing about it. It’s not because we’re letting it slide or that we’re too afraid to deal with it; it’s more that due to what we now know, we realise that if we go down the path of trying to ‘make’ this person see our position, to express remorse, to acknowledge what they’ve done and what was so wrong about it, we’re probably going to go blue in the face from trying to make sense out of nonsense and getting caught up in he said she said mind effery. It might even get switched around so that the real issue is forgotten and in the end, who has time, energy, and emotions for this BS?

Exactly how much do we really need to explain to somebody who already knows what they’ve done, about what it is that we know about.

It’s like, “Um, you know what you said/did – you just don’t know that I know and you’re afraid to say, ’So you know about [the thing] huh?’ because that might not be the thing that you think that I might know about. You’re gonna keep texting me with BS like, ‘What’s wrong? I don’t understand why we haven’t been hanging out as much – did I do something?’, so that I end up doing your dirty work for you and bringing your deeds out into the open and you only have to own up to whatever I bring up. Hell, you may even have enough time to figure out the perfect excuse / story / alibi or maybe you’ll just switch it around on me and make up some BS story about me or attack the fact that I have ‘accused’ you of something.”

And here’s the thing: When you’re in a situation where you realise that you cannot trust somebody and it might even be one in a long line of things, you’re not not saying anything because you’re trying to ‘make’ them fess up – you’re just done. You know where the land lies, there will be no big showdown or fallout, there will be no big long-ass discussion or justifying or whatever because you decide that you just don’t want to be caught up in their drama.

Scenario A: You know them for a year and during that time, they have done various things (with you and others) to demonstrate that they cannot be trusted nor are they loyal.

Scenario B: Also known them for a year and both in their relationship with you as well as with others, they’ve been consistent, truthful, and loyal but you find out something or they do something that hurts you. It seems so out of character.

You would likely say something in Scenario B and it will cost you more to pursue them about it than you will gain in Scenario A.

You’re not making the decision lightly – the evidence may be too strong. For instance, if you’ve heard back something you said or they’ve been playing you off somebody and now you both know about it, or you’ve basically uncovered the deception, if you’ve reached the end of the line, anything else is just looking for a confession. Remember how at the end of episodes of shows like ‘Murder, She Wrote’, ‘Poirot’ and the various Miss Marple episodes, how they always had to have a big ta-da moment and basically tell them all about themselves until they confess?

Sometimes we want to get into a big ‘ole, “Well, I heard this and you did that and yada yada yada”, because in knowing what we wouldn’t do, we feel like somebody should point this person in the right direction. Our ego sometimes takes over. Maybe they’ll learn from our pain, we think. Maybe they just haven’t had the “right” person to show them the way. Maybe there’s this wonderful explanation that will allow me to go back to what I was thinking and imagining before I found out.

It’s not our job to be someone’s moral beard. Why are we trying to raise a person from the ground up?

If you’ve ever been in this situation, the fact that there’s this pretense about not knowing what the issue is can be quite baffling.

As humans, we know when we’ve been chatting about somebody behind their back. We know when we’ve screwed them over. We know when we’ve betrayed their trust. We know when we have been less than true. But some of us do have a pesky habit of coming up with our own convoluted framework of truth and honesty and so it’s a case of, I’ll cross that bridge when I come to it, or If I haven’t admitted to it or they haven’t explicitly stated it then as far as I’m concerned, it hasn’t happened. Many of these same people are very good at compartmentalising, “I did not have sexual relations with that woman”, as well as drip-feeding, “We just exchanged some messages….. OK yeah there was that one kiss but nothing else happened…. OK, we dryhumped… OK, we played but we didn’t go all the way… OK, we had sex… 20 times..”

There are, of course, situations where someone we love and trust does something and we have to deal with that. That’s different though because if the feeling is mutual and they’ve done something in the moment that isn’t reflective of their general character or your relationship, they’ll be wanting to sort this out of their own volition. They won’t be deceiving you and or looking to continue with what they’re doing until they’re definitely found out.

You can end up defining ’the problem’ as you know it (when they don’t volunteer the info) and then they may feel that they only have to discuss what you know, or their efforts focus on picking apart and chopping at your ‘definition’ of what took place. So you say, “I know that you have been saying [very insulting comments] behind my back”, and rather than address that, they have the brass neck to come back with, “Well, first of all, how dare you say that I insulted you…. Well, yes I did say it but I meant it in a less insulting way and I’m offended that you think I meant it in a more insulting way. We’re clearly not friends. GOODBYE!”, and you’re thinking, Um, what the frick just happened there?

Don’t try to make sense out of nonsense and always remember that some people just don’t know how to own up to stuff. That’s not about you.

When you find out that you’ve been betrayed, if you’re going to continue engaging, you can’t do the whole, “You know what you did last summer…”, attitude because then it’s just battle of the passive aggressives. You’re just smokin’ ‘em out and trying not to ‘give in’ first.

If it’s a deal breaker, you’re under no obligation to get into a big discussion or in fact any discussion about it. You know what you know and you adjust your boundaries to reflect the new info. You know not to fork over the same level of trust. You’re no longer unaware of how they roll.

They might still push to know what you know though – keep it light and just stress that you don’t want to get into a discussion about it. When I experienced this situation a couple of years back and she kept pushing, I just said something along the lines of, “Honestly, I’m fine. Things were pretty awkward after [the incident] and when I heard [one line example of what was said], I just felt it best to step back. Anyway, no doubt I’ll see you about. Bye”, and move along.

It’s easy to fall into the trap of assuming that the discovery of who someone truly is is a ‘bad’ thing but actually, it’s a blessing because we get put back on a level playing field in the sense that as long as we were cloaked in some level of illusions about that person, we ran the risk of getting hurt due to these. People unfold.

Get Out of Stuck! Getting Your Power Back In & Out of Relationships (Part 2)
The Quality of Our Relationships *Matter*. Forget Forced, Go Organic
Be Myself, Don't Fear NO, Passive Aggression Is a No-No & Other Personal Commandments I Live By