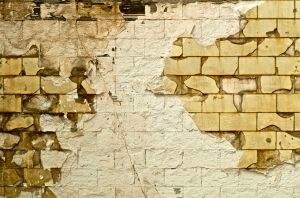 It has been ingrained into us over centuries that women must ‘stand by your man….and tell the world you love him…’ and despite feminism, equality, and a shift in our dating and relationship habits, by and large, the world is still catering to this.

In our modern world, the sun still shines out of men’s bums, the sun rises and sets on them, and no matter what we achieve as women, if we don’t have validation from the species with a penis, as a woman, you are nothing.

When I see women marginalising and losing themselves in the name of men, it is sickening. The panic, fear, terror, disillusionment, loneliness, ambiguity, confusion, paranoia and everything else that many women have to carry is a burden and it is down to us, to chuck off the excess baggage from emotional plane and get wise because whilst we’re standing by our broken men, they’re off living their lives whilst ours are at a standstill or a bit like a half life. Our lives get filled with pretending to be happier than we feel, or being outright miserable but feeling powerless to change it.

It is society’s shame that many women have low self-esteem and are taught to look for love in all of the wrong places and that if their relationships don’t work out, there is something wrong with them. They must try harder to win the prize of their man.

It’s not to absolve ourselves of our responsibility for our contribution into our relationships, but surrounded by social and media messaging that caters to these long held beliefs, it really is no wonder that assclowns and Mr Unavailables get a look in from women.

The difficulty in us being taught to stand by our man is that we’ll commit when there is nothing to commit to.

It’s a bit like pick a man, any man, and take up the position.

Some women commit from the moment they feel the stirring of attraction and/or attachment.

In fact, in my book Mr Unavailable and the Fallback Girl, I explain that women who commit to emotionally unavailable men commit at these crucial points,

“Some of you commit pretty much as soon as you meet the guy. You see so much potential, you’re straight out the gate, into the future. You may not even see that much potential but you’re gagging for companionship and affection. You’re the Fallback Girl that doesn’t like to be alone and thinks every guy she connects with might be the one.

Some of you commit when you realise that he has issues because you feel comfortable around wounded souls, guys who scream hard work, drama, and you feel that you can be the one to make him better. You’re the Fallback Girl that’s a sucker for a sob story and a sucker for baggage.

Some of you commit when you realise that he’s not going to leave his wife or his girlfriend, or make that separation official by becoming divorced, because you think that if you show him how committed you are, that you’ll be rewarded. You’re the Fallback Girl that commits when it becomes clear that he’s definitely not going to commit.

Some of you commit to the cycle of drama. You’re not that sure about him until he starts catering to your pattern of fear of abandonment and making you jump through hoops, and after a while, you’re not really going out with him; you’re going out with the high created by Relationship Crack. You’re the Fallback Girl that commits even though you weren’t really that interested until he started messing you around and got your attention.”

Many women love unconditionally without working out whether the person is an appropriate person to be involved in a relationship with that can commit to them, and of course love them back..

This is the fundamental problem with standing by your (broken) man:

If you find yourself as an adult with low self-esteem who has poor beliefs about herself, love, and relationships, you will gravitate to men and situations that reflect these beliefs. Rather than choosing partners that buck the trend, you’ll end up creating a self-fulfilling prophecy that exacerbates what you already feel. If this continues, you will build up a pattern of being involved in poor relationships and will end up ‘losing yourself’ because in order to accommodate these men and the relationships that do and don’t come with them, you’ll allow your boundaries to be repeatedly crossed, you’ll normalise bad behaviour, and you’ll end up so far travelled from the reality of him, the relationship, and yourself, that you won’t know who you are anymore, so will feel even more dependent on the man. In continuing to love unconditionally, you love without conditions, and send a clear message that you are lacking in self-love and respect because every relationship needs conditions because it ensures that there are boundaries.

When you stand by broken men, they are repeatedly taught that there is no consequence to their behaviour.

If they don’t fear consequences and know that they will always have that trusty woman to default to or fallback on, there is no impetus to change. Why should they? Change is something that most people struggle with and if there are no consequences, short of having some sort of cataclysmic moment that has them seeing the light, there is no reason to change.

Don’t make the mistake of thinking that your ongoing presence is a reason to change; it’s not otherwise they’d have done so already.

Remember what I have said about relationship insanity – doing the same thing and expecting a different result from your relationships. Bit like walking into oncoming traffic again and again and wondering why you get run down each time…

As women, we have to stop assuming that because we are in pain, and we don’t like what we’re experiencing, and we would surely recognise our actions and feel remorse, and we would want someone to stand at our side and show our unconditional love, that eventually our men must surely feel the same way.

Love (or claiming to love someone) doesn’t merge you both.

Standing by your broken man is bit like trying to perform some sort of Jedi mind trick with the sheer power of perseverance and sacrifice.

Standing by your (broken) man is really about putting yourself on standby in the hope that one day they’ll be ready to actually fully commit to the relationship with you. Or at least make you the ‘main woman’…

Think of it is as putting off your happiness and living to a rainy day in the future.

Part Three coming later this week where I talk about how standing by broken men puts them on a pedestal and what this in turn reflects back to you, and knowing when to fold. Also check out part one of Standing By Your Broken Man.