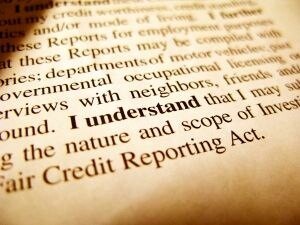 Last night I was speaking with a reader who has really been given the emotional beatdown by the guy that she’s been involved with. She couldn’t fathom how she’s got to the point where she’s involved with a guy who’s treating her like a casual sex companion who he can disrespect at will and I quipped that these dubious relationships are comparable with when you have a credit card or insurance and they keep changing the terms and conditions on you – next thing you know, what you’re actually getting is really far removed from what you thought you had.

The credit card has a 7.9% APR. A few weeks later you find out that they’ve increased it to 16.6% and by reading the new T&C’s and continuing to keep and use the card, you’re now agreeing to the new set of terms and conditions. You would tell them to take their card back, but you’ve already spent some of the credit and don’t want or don’t feel that you can afford to pay it back. Periodically you keep getting letters with revised rates and T&C’s until you decide enough is enough. Or…you end up paying back your debt with whacking great interest.

You can meet someone and they offer so much promise. You might not be that interested at first, but they pursue you and shower you with so much attention and let you believe that you have a future. You’re spending time together, you’re laughing, joking, shagging your hearts out and you’re dating and moving into relationship territory. Maybe he makes ‘little’ references to meeting his parents, going on holiday, getting married, moving in together. Then next thing you know, he’s not calling so much, substituting calls with text messages and telling you that you’re moving too fast and that he’s not over his ex. Over the subsequent months, he engages in other dubious behaviours and you stay because you remember what it was like at the beginning and surely he can go back to being this way? Surely he wouldn’t continue to contact you and see/sleep with you, if he didn’t want to be with you? You may feel that you’ve emotionally invested too much to back out now. So you stay and hope that things will change or revert to the original ‘agreement’.

Particularly in dubious relationships, we can make some blind assumptions that can get us into a lot of trouble when someone decides that the ‘terms and conditions’ of the relationship are changing.

For example, he tells you that he doesn’t want the type of relationship that you’re asking for and that he wants to be casual. You have a discussion and it becomes clear that he doesn’t want to commit. However, he’s still trying to sleep with you, contacting you, and carrying on as normal after the conversation.

You assume that because he’s still continuing on with you, that he actually wants to be with you but has ‘issues’ that he needs to sort out. However….

He assumes that because you are still there and you are not telling him to take a run and jump, that you are accepting the new terms and conditions of the relationship, fully aware that you haven’t read the small print (the bit where you don’t get what you want, need, or expect), which basically leaves him free to shift the goalposts and make it up as he goes along and keep you as an ‘option’.

They’re like dodgy sales people – they impose a new set of terms and conditions and try to rush you through the conversation so that you don’t see the small print.

Another example of this is when you get someone who is really full-on and intense at the start of a relationship – they do this so you don’t look too closely at who they really are and see red flags, although this behaviour in itself is a red flag.

As he is the person who holds the powerbase in the relationship (the unhealthy dynamic caused by you not having enough boundaries and giving him too much power to dictate the relationship on his terms), he assumes that until you have and live by your boundaries, that he can shake things up and have the brass balls to reap the same benefits – for example an ego stroke, shag, and a shoulder to lean on.

This is why it’s really important to assess your position in your relationship periodically to ensure that the initial perception of things still stands and is in line with your boundaries and what you profess to want out of a relationship.

There is no point being a casual sex ‘companion’ when you want a relationship for example. If you started out believing that you were dating with a view to being in a relationship and they just want to get laid, this is an abort mission moment.

As I’ve said before, when we date someone and begin to get to know them, we should go in with a reasonable level of trust, and use our internal navigational system – boundaries, values, gut, instincts, judgement etc, – to assess our risk and whether our initial decision to be with this person is still sound.

It’s like going through a series of checks and balances and the reason why someone can change the terms and conditions and tangle us up in ‘small print’ that they may not even share with us, is because even in the face of evidence which shows that we are in a situation that is causing us to have little or no boundaries and go against our own value system and causing us to not be authentic, we continue on anyway, often making assumptions without real basis.

Years ago, when I dated the Mr Unavailable who subsequently gave me my epiphany, I realised that I had made a massive assumption with absolutely no basis and that many women do this. Granted, you would think that you could make some assumptions when someone pursues you or becomes involved with you, but we don’t all come to people and relationships with the same mentality.

He’d been involved with someone for ten years and been broken up for a couple of months when he started to pursue me. I assumed that in him pursuing me, that he was over his ex and that he wanted to be with me. However, many men and women, act first and think later, without real thought or regard to the consequences for the other person. In us making assumptions like this, we fail to realise that they’re making assumptions too – he assumed that because I knew he’d just broken up with his ex and still owned a home with her that surely I couldn’t be thinking that he wanted a relationship? So he gradually changed the terms and conditions of our relationship and blew hot and cold, so that he could maintain the Status Quo and manage down my expectations to a comfortable level.

When you’re with an assclown or Mr Unavailable, it reminds me of those medicine commercials in the US or when you hear financial or insurance adverts on the radio. Initially whatever is being advertised appears to have so much promise, then at the end, a voice starts speeding through a list of side effects/terms and conditions.

‘Terms and conditions apply. The said gentleman will blow hot initially because he wants to gain your confidence and win you over. During this hot phase, he’ll believe that he truly does want a relationship with you but when you expect, want, or need too much, or someone better comes along reminding him that he has other options, he’ll start blowing cold and telling you about the litany of problems he has. Note that he will accept no responsibility and you are fully responsible for all costs associated.’

‘This medicine is only approved to be used with women with low self-esteem. Side effects include further lowering of self-esteem, confusion, feeling blindsided, wondering if you imagined what he said/did/promised, major ego stroking, everything on their terms, lots of tear shedding, talking, discussing, and explaining too much and suffering from delusions of relationship status’

When people share information about themselves either by telling you or by showing you, don’t disregard it because you’d prefer to see something better in them or you don’t want to let go of your vision of the relationship. Read the small print and ensure that you are listening and watching.

Actions speak louder than words and communication is not all verbal. It’s not just about what you say and do, but also what goes unsaid and not done.

Boundaries are your non negotiables. By knowing what you are not prepared to accept, you teach people how to treat you and what to expect. Every time someone tries to change the ‘terms and conditions’ on you, they’re testing your boundaries and it is an opportunity to assess whether you accept, or reject, or find an opportunity for compromise. Although keep in mind, that when you’re with someone who keeps downgrading your relationship and blindsiding you with new terms that are based on their needs, you may not get compromise.

In the meantime, you need your own terms and conditions – not with small print, but with clear terms (boundaries) that you reflect in what you do in your relationships.

Faux empathy and backdated empathy: When it feels like you've been 'jacked'
Being naive about ‘authority figures’ is a blind spot we need to clear up
Future Fakers: Understanding Why Someone Fakes a Future With You