Testing People Out Always Leads To Setting Ourselves Up To Fail 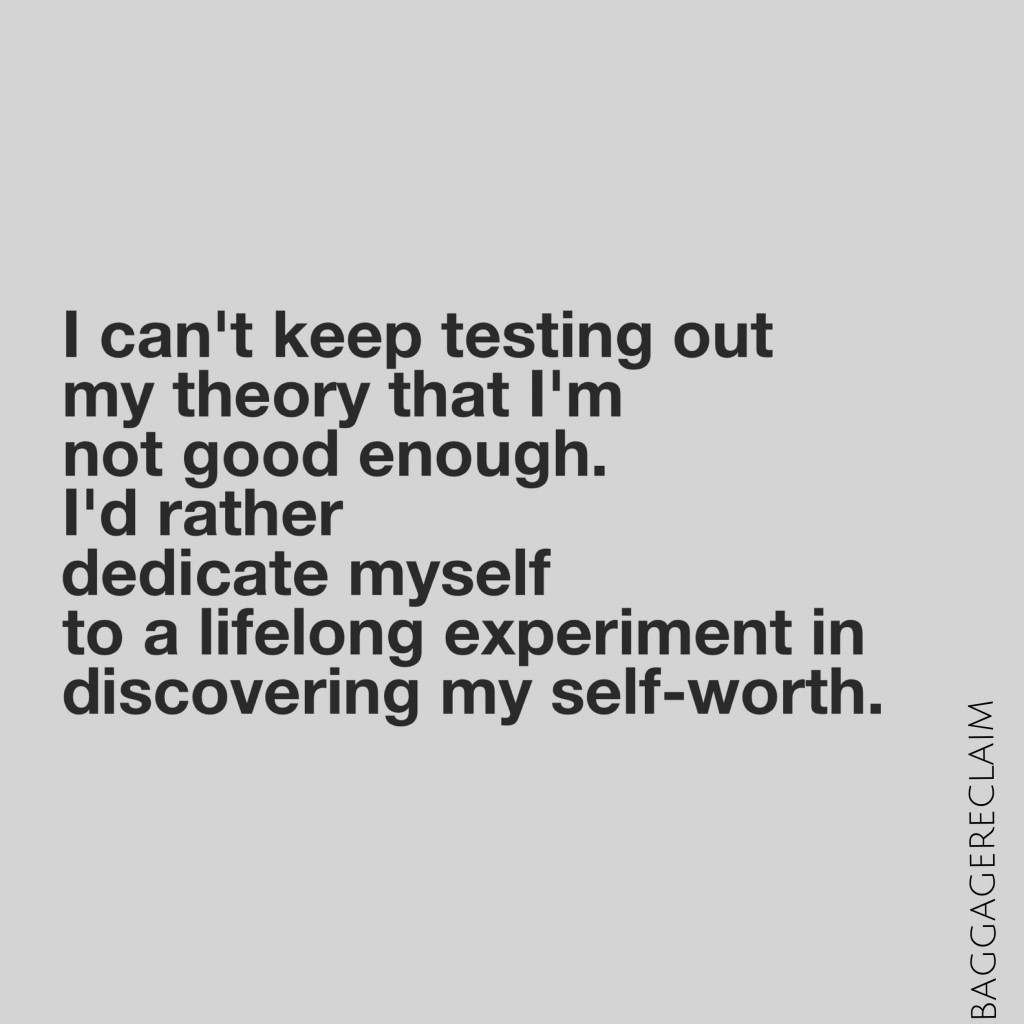 When you have low self-worth, you don’t treat and regard you as a worthwhile and valuable person, which in turn makes it difficult to comprehend, enjoy and in fact, trust a person’s interest in you. The way it works with negative beliefs is that you’re biased to look for evidence that supports the belief plus how you think affects what you say and do, otherwise you would have to change your beliefs. This results in a self-fulfilling prophecy.

As a young girl growing up in Dublin, Ireland, there weren’t many other black people about at the time (very different now!) and so I stood out and got noticed. For somebody who felt as if she had so little control and worth in her life, discovering that I could attract boys was at once a delicious boost of [pseudo] power and worth and at the same time, as the years went on, me who expected to be abandoned and who didn’t have very much self-belief, became increasingly suspicious of why somebody might want me. Ever since my teens I’d believed that the only reasons someone had to be interested in me was because of how I looked (and so who they assumed that I would be) and wanting to get into my pants, and various painful experiences acted as supporting evidence. It had become clear to me that I could certainly ‘get’ attention from guys but I couldn’t ‘hold’ them or ‘hold’ them and be treated decently and feel good about myself at the same time.

If there were 99 reasonably healthy relationship partners in a room and 1 shady/unhealthy one, I’d find that one.

It’s not as if someone who didn’t seem to match my belief alleviated my concerns– I just switched to being suspicious of why they were behaving that way or ruled them out as “too nice”. It’s as if I felt that they were too good for a “girl like me” and that it was only a matter of time until they discovered how rejectionable I was. I’d be a ‘nice icing girl’ covering up the ugliness of who I was. What I also didn’t acknowledge is that if I didn’t feel that I had any worth and only focused on, for instance, appearance, then of course I was also going to see and choose things in those terms.

My old secret test rolled out in a few different ways and was based on the premise: If a guy makes my physical attributes or his desire to bed me his primary focus via words or actions, things are doomed.

I decided that they didn’t want to truly get to know or value me.

I could have cut and run at the realisation that they’d failed (or passed the test depending on which way you want to look at it), but a very destructive part of me felt compelled to see things through, even though that meant causing a great deal of pain for myself. The disappointment along with the pressing on old wounds would activate this desire to win them over (mistaken for being ‘in love’), even if on another level I knew that I actually didn’t truly want this person. It meant staying in relationships that really needed to have gasped their last breath if not within hours, certainly within days or weeks at most. Instead I clocked up months or even a couple of years. Inwardly I’d numbed up to try to push down the pain, especially from recognising where I was failing to stand up for myself again and yet outwardly, I projected ‘normality’, smiling, pleasing, playing along.

By validating my belief, it felt as if they ‘knew’ something, that they could sense what I knew and felt. A part of me objected and would use people pleasing to try to convince them of my worth, obviously forgetting that me testing them and my concept of worth was my perception.

The thing about testing people out is that we either don’t own up to it, possibly because our hidden agenda is very well hidden from us, or we do, but fail to acknowledge how we’re setting up the scene to ensure that the self-fulfilling prophecy dice roll in our favour.

We’re setting ourselves up to fail. We get to be right, we get to feel safe because we’re not being truly vulnerable and we also ensure that we get to be miserable too. Similar to our inner critics, we criticise us for being around people who meet the criteria but then we criticise us also when they don’t. We doom ourselves because we fundamentally feel unworthy.

If we want things to change, we have to bring our feelings out into the open. At least then, we can get to know our behaviour and its origins and address it.

We can’t name and change what we don’t know.

When I finally acknowledged what I was doing, I had to ask myself: Is it worth staying in relationship that’s depleting what little self-esteem I have left, just so that I can prove that every crappy thing that I think and feel about me is true?

I didn’t want to be right anymore if this was the price I had to pay. I’m not that interested in being “right”, especially if it’s about investing my energy into reinforcing negative beliefs instead of changing them.

Looking back on my ‘testing times’, I realise that a lot of the resistance and confusion I felt was about feeling as if I was at odds with myself. How could I have healthier boundaries, treat and regard myself more kindly, not feel wary of someone not being all over me like a rash etc, if another part of me was running on a hidden agenda of proving a point that would create the exact opposite?

When we set these secret tests, we don’t think about the choices that we’re making and how we’re skewing the data to support our evidence for convicting us yet again of not being “ good enough” and for being responsible for other people’s behaviour.

In much the same way that a person whose overriding motivation is to be liked will find it very difficult to set boundaries when they really need to, when our overriding motivation is to validate negative beliefs, we’ll find it very difficult to do things that support the opposite. Instead of responding to situations that don’t reflect who we are, how we want to feel, or where we’re headed by being more boundaried and so seeing the issues for what they are and shutting down our participation, we hold out on being boundaried because we want to shake things down. We want to see how things play out.

When we acknowledge the secret and not so secret tests that we set for people, we start to connect with how we truly feel. Yes, there will be painful things to confront but expressed feelings and thoughts feel a hell of a lot different to suppressed and repressed ones that are being expressed through painful choices. When we acknowledge those hidden feelings and beliefs that we project on to others, we also uncover our motivations. We cannot truly seek to change anything or have any real command over how we feel if we don’t get honest with us about why we’re doing what we’re doing.

We can’t sit back and watch people do dodgy things that we’ve predicted. We can’t put ourselves through that massacre. We need to participate in our own lives and steer us away from anything that doesn’t lift us higher and support us coming from a place of love, care, trust and respect. We’ve got to set us up to grow, evolve, and be.

If you have core values issues, you have compatibility issues
Are You Painting Yourself Into a Corner? When Your Beliefs Remove Your Options
Stop letting December stress you out! It's JUST Christmas!