The BS Diet – Why you need to stop denying, minimising, and rationalising 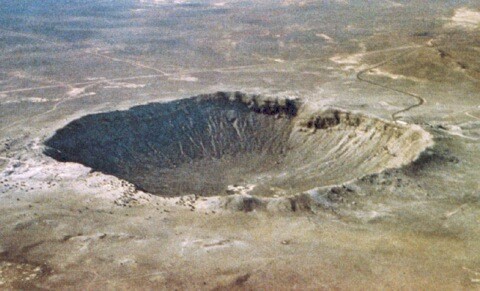 Every time a friend has spoken to me about her frustrations with her boyfriend over the past year, she keeps mentioning him smoking “a bit of weed” and his drinking habits and then quickly playing them down. Someone else I know is shrinking and rationalising the fact that her boyfriend keeps rubbernecking other women when they’re out and denying it when she says calls him on it. When I was in New York a few months ago, one reader described her ex as being “a bit of an alcoholic” and other readers have said stuff like “he’s a bit unavailable”, “she has a little bit of a problem being honest”, “he dabbles in drugs”, “he gets a bit angry” and stalwart favourites “He/she has his good points” and “We have had some good times”.

There are three things that can get you in hot water in relationships and will create honesty issues with yourself: denying, minimising, and rationalising.

They are in fact different aspects of denial except for:

Denying is refusing to admit the existence of something.

Minimising is playing down the truth of something or its significance.

Rationalising is trying to explain, justify and even excuse something with what you feel are plausible explanations which of course can end up crossing into denial.

There is a very simple reason why these actions are dangerous in your relationships and affect your authenticity and how honest you are about who and what you’re involved in:

If you deny the existence of something it means that you deny your feelings and perceptions, as well as the true impact of it and what it means to you and your relationship.

If you minimise something, by playing down the significance of it which could be about the danger it could pose, what it means to the possibility of a mutually fulfilling healthy relationship, or even what it means about your own actions, you’re basically playing down your true feelings and perception of it, as well as the impact.

If you rationalise something and you’re doing it without healthy beliefs and relationship habits as a basis of your rationale, you’ll end up rationalising your true feelings and perception plus if you’re excusing, and justifying, you’re denying. Instead of taking the simple but what may be the more painful meaning of that something, you rationalise it to make it more palatable.

We only have to deny, minimise and rationalise when we don’t like what the true meaning is – this is an issue with acceptance. That and you need to go on The Bullshit Diet.

In my post about I Believe In Being Honest…As Long As It’s What I Want To Hear, I explained the importance of feedback. When we are honest with ourselves and also have boundaries, an awareness of our values and code red and amber behaviour we process feedback from these that let’s us know when we need to take action or adjust any assumptions we had prior to the feedback.

When you engage in denying, minimising, and rationalising plus you have little or no boundaries, low self-esteem, and don’t recognise code amber and red behaviour, you are not receiving, processing, or reacting to feedback. Instead, it hits your emotional computer and you say ‘Computer says NO’ or ‘Computer says make it less important’ or ‘Computer says that it happened because of Y not X’.

You know when something happens? That ‘something’ creates an impact and that impact is another form of feedback.

When you are honest with yourself, you will feel and acknowledge the impact and what it means in relation to you and your relationship. You’ll experience your feelings, acknowledge any discomfort or what new information you have learned as a result of the impact, and take a view on it, and ultimately do something whether that means proactively addressing any code amber concerns, or inflating your opt out parachute and jumping from a code red concern.

Denying, minimising, and rationalising pretends that the impact didn’t happen or that if it did, it was less than it was and shuts down the feedback. It’s like plugging your fingers in your ears and saying ‘La la la la la la. Eff it, I don’t wanna hear it’.

Some of you have had ‘impacts’ that are like having an enormous crater on your relationship landscape and you’re trying to act like you’re either skipping through a field of roses, like the crater is actually the size of the plug hole in your bath, or telling yourself that there is a plausible explanation for the crater in your relationship and that if you love enough, or do a bit of changing, or get them to change, that the crater will shrink, after all, love conquers all and no relationship is perfect, right?

Like I said to the reader who told me her ex is a “bit of an alcoholic”, there’s no such thing, and how much you will deny, minimise and rationalise directly correlates to how deep you will get into and how long you will stay in a poor or even dangerous relationship. If she had stopped denying that he was an alcoholic with an allergy to the truth, she would have seen the direct impact that had and why the relationship had unravelled, and more importantly, how she’d come to find herself still there. Same goes for the friend who is realising that her boyfriend has ‘issues’ with weed and alcohol that are directly impacting their relationship.

You can not even begin to have happy, healthier mutually fulfilling relationships if you are not even truthful about what you’re involved in and you certainly cannot even begin to address issues or protect yourself if you won’t be honest about the issues and the impact of them, or why you’re still there in spite of them.

A crater is still a crater no matter how much you deny, shrink, or over intellectualise it.

Get real even if it means learning something painful about them and/or yourself because the impact of that lesson has far reaching, positive consequences for you and ultimately if being happy and having a mutually fulfilling healthy relationship is what you have your eye on it, the feedback is worth it.

Podcast Ep. 211: Too good to be true?
What Hooks You in Your Relationships? Understanding the combination of hooks, picturing & potential
Relationship Advice: How can I keep up the no contact rule with my guy at work?