The Fallback Girl: The Girl Who Cried Wolf 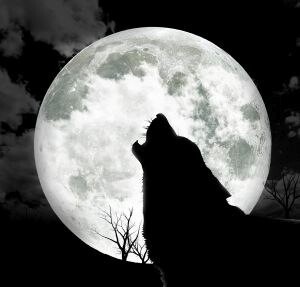 When I was a kid, my mum would always say stuff like ‘If you keep sulking, the wind will change and your face will stay stuck like that’, the classic Jamaican saying ‘Those who can’t hear will feel’, and more notably, ‘Remember the boy that cried wolf?’

As I read the stories of women the world over trying to get their Mr Unavailable or assclown to come around to their way of thinking, I realise that Mr Unavailables (and assclowns) regard the women who are involved with them as crocodile tear criers. The first time we shouted the modern day dating equivalent of ‘WOLF!’, they were probably scared.

“I can’t take this anymore!”

“Well p*ss off back to your ex then!”

“You pull this ever again and we’re through! You got me?!”

But there is one thing that let’s them know that you’re crying wolf – you’re still there.

So when you say:

“I can’t take this anymore!” – He learns that actually, you can because you’re always widening your yardstick to accomodate his behaviour.

“We’re over!” – He learns that it’s an empty threat. It’s over till you panic about who he’s with, where’s he’s at, who he’s doing, and how you’re ever going to resist him/get over him.

“Well p*ss off back to your ex then!” – He takes you at your word and then you hunt him down to come back and even take up the role of the Other Woman to keep him in your life. Or as soon as the words are out of your mouth, you apologise for saying it and even apologise for his behaviour!

“You pull this ever again and we’re through! You got me?!” – He does it again, and you stay.

You see, even though many of us have little or no boundaries, we’re astute enough to recognise that if we create enough drama and make enough threats, some action results from it.

Unfortunately the struggle between Mr Unavailables and Fallback Girls means that the relationship and you getting them around to your way of thinking becomes the equivalent of a hell of a lot of struggles to create the sum of a lot of minuscule actions (often two steps forward, two steps back, or half a step forward, four steps back…), that amount to a minuscule relationship lacking in love, trust, respect, and care.

You end up living off crumbs. You have to make a big deal out of the little things and one woman’s crumb becomes your overblown loaf.

The first time you raised hell, they were scared. Maybe even the second, third, and tenth time.

At some point, they realised that you were mostly talk and worked out the pattern of the dynamic between you both.

Because you’re still there, he thinks it’s empty threats.

As I’ve explained to many a woman struggling to extricate herself out of her barely there relationship, especially the ones wondering why he hasn’t got in touch/when he will, or if they should make the first move, the dynamic between you both has created a pattern that let him make assumptions about what you will or won’t do.

This means that even when they’re not around, they take enough comfort in the pattern that they know to feel confident enough to believe that you will, in time, behave in the way that they have come to expect.

This is why whatever is the longest period of time you’ve been apart, not communicated etc – you need to exceed this and then some. For a lot of them, it’s only when they realise that you are not doing what they expect from you that they get a signal to their brain full of tumbleweed telling them that maybe things are not going in the way that they expect.

It’s at this point that should he choose to make contact, you have a window of opportunity to show you mean business and reinforce your boundaries. Or…in your eagerness to bathe in the minuscule trickle of water from his near to dry fountain of attention and emotion, you demonstrate again that you’re crying wolf.

And let me point out, even though we have our own meaning for why we say or do something that causes us to break away from our self-imposed opportunity to distance ourselves from them, they only get one message – she still wants me.

You might be thinking about being compassionate and nice and wanting to show you’re the bigger person. For them, attention is attention.

Often when these guys hunt you down and keep popping up in your life, they’re like that horrible kid who has damaged an animal and keeps coming back and poking at it to see if it’s still alive.

Don’t let that be you.

Tempting as it can be to throw wobblers to try to get them to tow the line, you end up marginalising yourself and teaching them that you’re a woman of inaction who likes drama.

He then becomes like a kid who knows that if he stays out past his curfew that there will be a punishment, but has decided that excitement and benefit of staying out far outweighs the consequences on his return.

Don’t have some guy who doesn’t know his arse from his elbow, listening to you and thinking ‘Yeah, yeah’.

Be decisive and show through actions. Be a wolf, in fact be a she-wolf and keep the dodgy men behind the boundary lines.

Dating and avoiding getting hurt while seeking physical affection in a casual relationship
Relationship advice: Why is she the girlfriend and I'm the Fallback Girl/Other Woman?
The Quick Guide To Unavailable Relationships - Including Casual, Rebound, Affairs, Dalliances and Se...