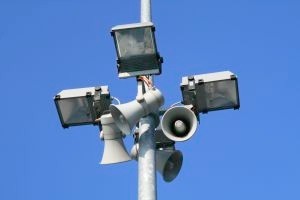 Whenever I hear stories about casual arrangements / relationships (oxymoron’s in themselves) and the ‘driver’ of the situation insists that they have it all “under control” and that they’re both “grownups” and other such guff, I end up having to sit back and watch the ticking time bomb count down. I just know that they’re operating under a misapprehension that the other party is ‘down’ with the casual arrangement, and they often convince themselves that their conscience is clear because they’ve been upfront. The other party is often downplaying how they truly feel and doesn’t see things as being so ‘upfront’ that they’re not contending with mixed messages.

In reality, casual relationships are never as under control as we would like them to be, we may both be grownups but that doesn’t mean that we’re free to do whatever we like with no regard for the impact of our actions, and ‘upfront’ is a used and abused term that people who are the ‘driver’ in the casual relationship hide behind to absolve themselves of responsibility. It’s like “I told you I didn’t want a relationship or even that I’m not that interested in you, so if you’ve hung around, even if it’s been partly down to my flip-flapping ways, it’s not my problem.”

I recently had a Mr Unavailable complain about this very type of situation blowing up in his face. It’s not that he wasn’t ‘upfront’…it’s just that he was only upfront on a need to know basis. If she’d known the full story (that he’d begun a relationship of sorts with someone else), I doubt she’d have given him the steam off her pee, never mind continued ‘dating’ him for a rather lengthy period of time.

The key with these so-called ‘casual relationships’, which lets be real, are never really that casual as most of us cannot handle being treated or regarded casually, is that upfront, as in being totally honest about what the state of play is, is the only way to go.

The trouble is that the type of person who is going to be particularly interested in having a casual relationship is going to 1) be wary of experiencing conflict and 2) even more concerned about endangering the sex and ego stroking supply. There’s also a possible #3 – being afraid of looking like an assclown.

I know a guy who was told by his Miss Unavailable that it was just sex and fun but that it was only him that she’s seeing. Unfortunately he found out that she’s actually got about four guys on rotation and was very wounded. He knew that they weren’t in a relationship but insists that if he’d known he was one of four, he’d have stopped seeing her. To be fair, he should have stopped seeing her when she didn’t want a relationship and he was falling in love. She says that she didn’t want to hurt his feelings by telling him the truth. Yeah, I wonder how that’s working out for her… In truth though, it’s because she didn’t want to run the risk of losing his adoring ways altogether…which she has now.

Some of us don’t like the truth at the time when we hear it but ultimately appreciate the value of it when our egos have settled down.

As I said to the Mr Unavailable who knew he didn’t want a relationship a few weeks into us seeing each other, but decided to keep that card close to his chest for another 5 months, I would have appreciated the truth so that I could make an educated decision about what I did or didn’t want to be involved in. If I was in possession of all of the facts and persisted anyway, I couldn’t really argue with his actions. That said, I was in possession of the facts of his flaky actions but as is the case with these situations, there was contradictory behaviour including pursuit on his part.

Being ‘upfront’ actually means being honest even in the face of discomfort and possible conflict because you have to step up and boldly lay out the truth.

It’s like selling you a car that I know has a whole load of problems. I could keep it to myself and let you buy it and deal with the inevitable fallout later, or I could be upfront about the issues, negotiate a fair price or find a buyer who is happy to go with the car as it is. Of course the casual relationship ‘driver’ will argue that the person should do their due diligence and check out the car, likely claiming that they know the risk involved.

Upfront isn’t giving 70/80/90 or whatever percent of the story and leaving out the crucial element that is not only likely to cause conflict, but would certainly sway the other person to make an entirely different decision.

“I’m not at all interested in having a relationship” but for instance, neglecting to mention that they’ve actually been courting a relationship with someone else or sleeping with you and several others at the same time. It’s one thing if you sign up to be the Other Woman / Man or knowingly sleep with someone who is sleeping around, but it’s pretty damn shady for you to be unwittingly involved in this. Especially if you actually do your due diligence and ask about the existence of other parties.

It’s also not upfront, to be ‘upfront’ at the beginning and then keep your mouth zipped while the other party is clearly running with a different version of events but you’re not correcting it.

It’s definitely not upfront to say that you don’t want a relationship and that you’re not interested, only to then have contradictory behaviour.

Upfront is words and actions. If you know that someone feels more for you than you do them, instead of hanging around for all you can get while telling yourself that you were very frank and direct about your feelings and intentions, you step.

If you have the choice between receiving honesty or turning a blind eye and having blind faith in someone who would deign to have you in a casual relationship in the first place, I’d opt for honesty, which may mean opting out.

Upfront also cuts both ways though – if they say they want casual and you want more, say so, because trying to use casual relationships as a back door route to a ‘proper’ relationship will backfire spectacularly. It’s also important not to mislead the other party by pretending that you’re ‘down with it’ because the moment that you show that you’re not, they’ll use all of those times that you pretended to be OK as a get out clause for absolving themselves of responsibility.

Being upfront means being honest which means getting uncomfortable – casual relationships invariably involve at least one, if not both of you misrepresenting yourselves, even if it’s not ‘intended’.

I was told that it’s “emotionally immature” to expect someone to be upfront in the sense of being honest with the full facts, which is feeding into this notion that honesty is dead and that if you’re a grownup you can figure out who and what someone is, even if they are contrary and contradictory.

Actually it’s emotionally immature to treat responsibility like a hot potato and to exploit someone else’s vulnerability and naivety. That’s not to say that we’re not responsible for ourselves, but we also have to be conscientious about ‘impact’ especially when emotions and sex are involved.

Discover more about why you’re not wearing a sign on your forehead or giving off a not good enough scent in book and ebook Mr Unavailable and the Fallback Girl, plus if you’d like to work on your self-esteem this summer, sign up for my Build Your Self-Esteem eCourse or The No Contact ecourse.

Criticism: Sometimes we're so busy focusing on the negative feelings that we forget to question whet...
Mr Unavailables & Assclowns: Sharing an absence of pride
Advice Wednesday: Should I warn other newcomers about his behaviour?