The Reset Button and Just Move On and Fuggedaboudit 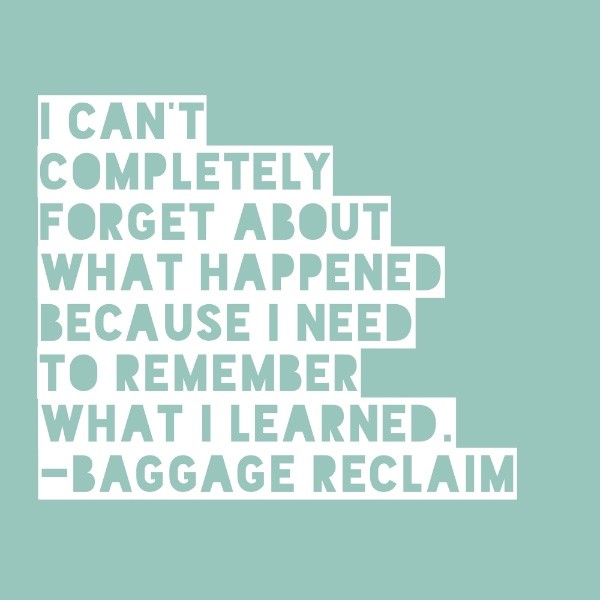 There are certain people in our lives who if we haven’t been able to act as if we’re no longer bothered by something, whether it relates to them or not, they encourage us to “move on”, which is often subtext for ‘fuggedaboudit’. Of course the actual goal of moving on isn’t so much to attempt to wipe our memory (we’d remove the good as well as the not so good memories) but more to not be recalling it with such frequency and intensity that it’s front and centre in our minds while derailing our inner peace and quality of life. It stops being the main plotline or even a subplot; we move into a new chapter. We begin to heal and it becomes a distant memory over time, hopefully leaving us with positive lessons from the insights we gained.

What can be a tad perplexing about the fuggedaboudit brigade is that sometimes, the reason why we’re encouraged to hurry the hell up and move on is because they liberally use the reset button to disengage from anything where they do not want to face their fear of confrontation and/or be responsible and accountable. Because they don’t discuss, offer explanations, apologies, do the whole working together to find a resolution thang and instead do their best to pick up where they think they left off, which conveniently is a time that excludes whatever they’re trying to avoid, us remembering is a pesky inconvenience. Some reset button pressers are also known for their tendency for using the disappearing until things have blown over route.

“I just want to move on”, they claim, maybe displaying a weariness that contradicts the fact that it’s the first mention of a discussion…

Even if what we’re being asked to forget about doesn’t have anything to do with this person, if their typical habit is to push feelings and thoughts down and front like it’s of no bother or it never happened, someone else expressing their feelings will make them super uncomfortable, so telling us to “just move on” is a way of relieving their discomfort, although unfortunately it tends to come across as lack of empathy.

What’s also quite interesting with someone who presses the reset button on something that occurred with us, is that because they try to pretend as if nothing has happened, they sometimes do things to engineer the situation where a person might hopefully feel bad about bringing things up, so for instance, after an argument and then not hearing a peep out of him/her, or even blanking us when we make attempts to address what happened, they’re tagging us in something on Facebook, cracking jokes when we see them next time, or even swooping in with gifts or declarations of big plans. We then worry about looking as if we’re dwelling, or being a sour face about things, I mean, how can we possibly say something now when they’re being so ‘nice’ to us?

Why does this seeming olive branch appear to have a steely grip on the other end reminding us that we must not rock the boat if we don’t want to be getting an earful or getting the heave ho all over again?

When we rehash, whether it’s alone or with someone else, it’s as if we’re hoping that we’re going to stumble across new insight. It’s either that or we repeat it to persecute ourselves or even the other party.

It’s an entirely different kettle of fish though, when nothing has been said and a discussion, an explanation, even remorse, is like trying to drag a horse to water. Suddenly their phone has died, they’re mega busy, they haven’t got clean drawers, their car broke down, that speck on the wall now looks like the most riveting thing on earth, or we’re being told about how we’re “too sensitive”, read too much into things, are a dweller bearing grudges, and other such stuff. Or maybe the air becomes thick with tension (all while claiming that they’re “OK”).

It’s funny when they say that they “don’t want to get into another argument” or that they don’t want to talk about it because they know how we’re going to react, because for someone so eager to move on, they seem to have a lot of opinions about what will happen and our reactions that would suggest that they’ve anything but moved on. 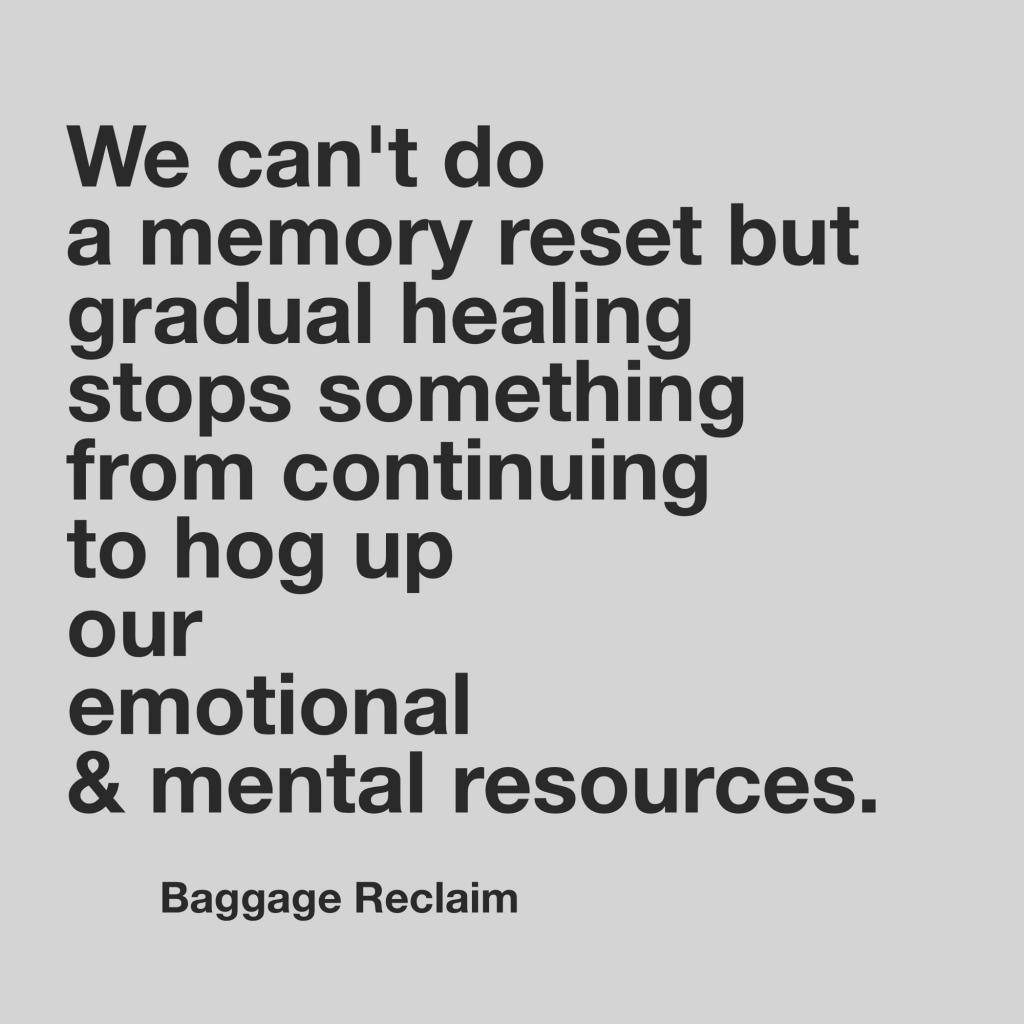 Sometimes an issue doesn’t need much discussion because each party realises what happened, each feels bad about their part and isn’t harbouring anger, plus it’s a moment in time rather than a series of incidents and behaviours with recurring and related themes. In these situations, both parties are cool enough with each other and even if there’s an initial awkwardness, it’s quickly gotten over and they both roll on. If one wants to talk about it, the other is open to it.

When an issue occurs that leaves anger, hurt and questions on the table whether it’s on one or both sides, sure, we can’t force a person to talk about it but they don’t get to dictate what we recall — it’s like, “Take the forget-me-now pill so I can go about my life damnit!”

There are three particular reasons though why somebody pressing the reset button and ducking and diving about addressing issues, ensures that we don’t forget about it in a hurry:

A fear of confrontation doesn’t go away by avoiding conflict and criticism or pressing the reset button; if anything it amplifies the fear and the avoidance creates problems because it’s going to no doubt affect others in the process.

For a person to expect us to fuggedaboudit while they press the reset button and all while still bringing issues from the past into the present via their behaviour, is really about them looking for permission to carry on as if what matters does not matter, just so that they’re spared from experiencing negative consequences.  It’s difficult to forget something that’s still going on and that isn’t being resolved. It is important to move on but it’s better to move on with awareness and knowledge gleaned from the lessons of the experience than it is to move on and refuse to learn anything.

Recognising Things About Yourself In the Man You Profess to Love Part 2
You Just Don't Have That Kind Of Power: You Haven't 'Made' Someone Be Or Do Something
How Important Is It For You To Be The Good Girl?